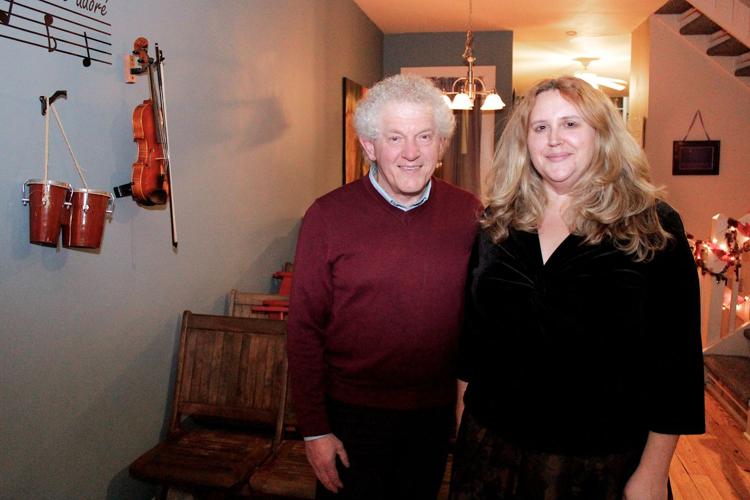 Tim and Karen Lehman at their house on West Chestnut Street. They hold house concerts in their living room every month. 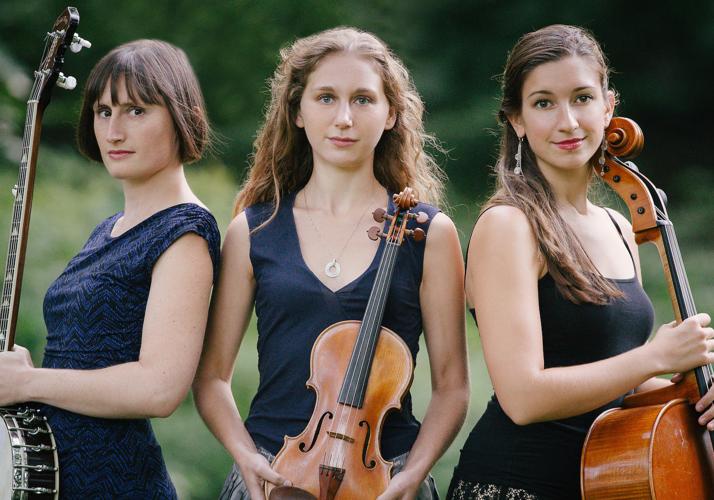 Tim and Karen Lehman at their house on West Chestnut Street. They hold house concerts in their living room every month.

Seeing good live music doesn’t always mean you need to stand in a crowded venue or strain to hear the lyrics in a noisy bar.

At Tim and Karen Lehman’s home on West Chestnut Street, you can catch a great show right in their living room.

The Chestnut House Concert Series, which the Lehmans began in 2012, features intimate acoustic performances by folk, bluegrass, indie and Americana musicians from all over the country and beyond.

The concerts are open to anyone who RSVPs on the couple’s website. The Lehmans suggest a donation for each band of $15 to $20.

Kicking off their concert series for 2015, the Nashville-based trio Harpeth Rising will grace the Lehmans’ living room with their unique string-based, genre-bending tunes at 7 p.m. Friday.

“It's usually a good sign about a concert series when a lot of your friends and peers are playing there,” Greenberg says.

Over the past two years, the Lehmans have hosted an impressive list of musical acts that have made an impact on the national scene — from the award-winning North Carolina-based Kruger Brothers to the popular bluegrass band The Barefoot Movement, to local favorites The Stray Birds.

“We’re tremendously proud when we have a band here that may not be that well known and then some short time later we find them on the national circuit,” Tim  says.

They already have a strong lineup of bands booked until June, including The Corn Potato String Band, Jonathan Byrd, and the Steel City Rovers.

Harpeth Rising on the rise

Members of the Harpeth Rising trio, who met while studying classical music at Indiana University's Jacobs School of Music, all come from very different cultural backgrounds and different parts of the country, Greenberg says.

Greenberg says they try to find common ground and explore their differences through their music — which may account for their unique sound.

Only a year after forming and moving to Nashville, Harpeth Rising was named Nashville’s best local band by the Tennessean, Nashville’s local newspaper.

Now they’re touring to promote the release of their fourth album, "Tales From Jackson Bridge," which made it to the top of several folk and Americana charts, and was in Amazon’s Top Twenty Hot New Releases in Roots Rock.

They also just released a new live album in November called "Live From the Dreaming Tree" in which they perform a mixture of original compositions and covers at The Dreaming Tree Coffeehouse in Baptistown, New Jersey.

Although they’ve played their share of larger venues and festivals, celloist  Di Meglio says that they always enjoy playing house shows for the intimate experience.

“Typical concert boundaries don't exist (at house shows),” Di Meglio says. “Being in such close proximity to the audience allows them to pick up every … nuance, and as a performer you can feed off of them in an immediate and direct way.”

The Lehmans agree. Karen says  there is generally more exchange between the audience and the musicians at a house show, and often the audience is quiet and very focused on the music.

The Lehmans love to support musicians.

Not only do they host and promote shows at their house on West Chestnut Street, they also let the musicians stay the night, Tim cooks dinner and breakfast for them, and then the Lehmans send them on their way with 100 percent of the donations from the show.

But, Tim says, “It’s not 100 percent altruistic. We bring musicians who we like.”

He says they enjoy listening to their albums long after the bands leave, up until the next band comes.

And the friendships they make with the musicians and the audience during the shows are big reasons they hold the concerts, Karen says.

“We get a good response from the bands, to the point that they tell other musicians, and that’s one way this (concert series) has taken on a life of its own,” Tim  says.

Now, the Lehmans say, they have so many musicians asking to do a house show that they could hold a concert every other week if they wanted.

But, for now, a concert once a month is enough, Karen says.

“People always ask us, ‘What do the neighbors think?’” Tim says, “Well, our neighbors attend the concerts, so that’s what they think.”

For the Lehmans, house concerts aren’t only for supporting musicians, they’re also a way to build community in their neighborhood.

With all the recent headlines of violence in Lancaster, Karen says she hopes their concert series can be a small way to bring together their community.

“We see it as an opportunity to get to know the people in our community,” she says. “We feel like one small tiny thing we can do is to provide positivity and energy-giving experiences.”

With a potluck dinner before the concert, and audience members of all ages and backgrounds, their house shows are a little like a neighborhood party. The only difference is that anyone can attend, and their concerts sometimes draw audience members from as far away as New Jersey and Delaware.

The concerts are indeed growing in popularity, and sometimes, Tim says, they have to turn people away if it’s too crowded.

For that reason, they discourage people from showing up to their concerts without an RSVP. For more information or to RSVP for one of their upcoming shows, visit chestnuthouseconcerts.com.