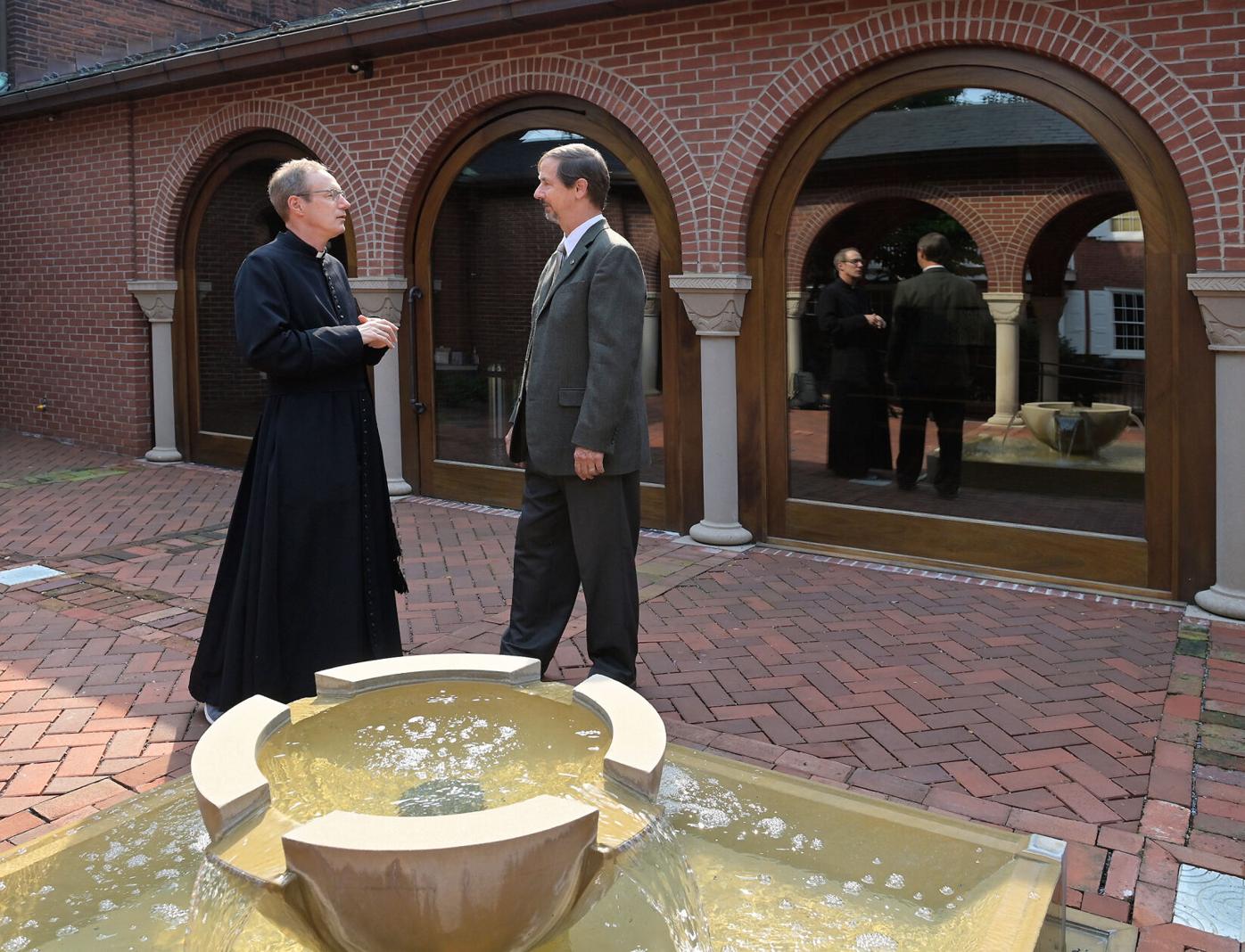 The Rev. David Peck and Prof. Randall Zachman are pictured in the courtyard at St. James Episcopal Church in Lancaster for a preview of the two men leading a class on Islam once a week starting later this month on Tuesday, Sept. 14, 2021. 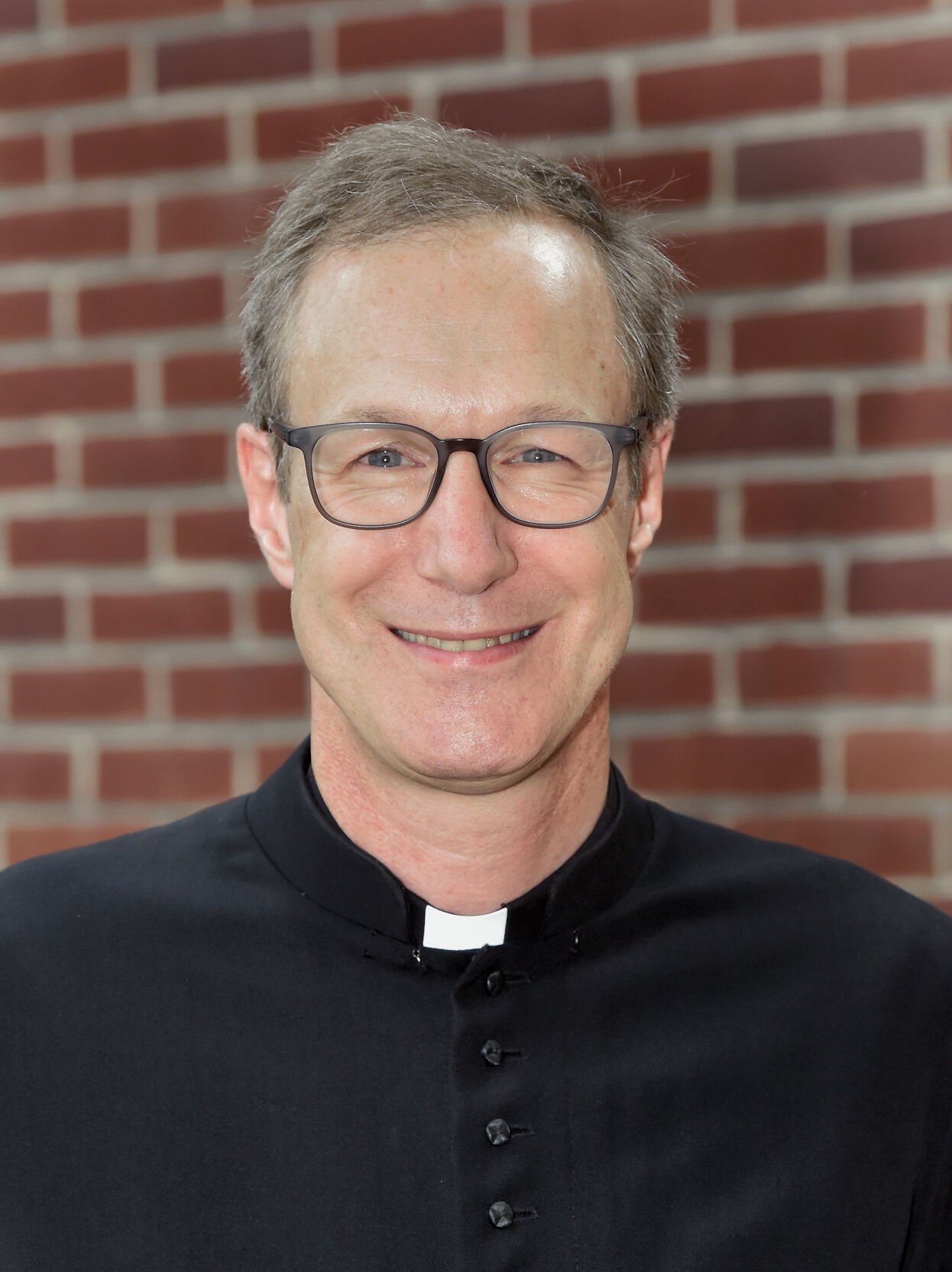 The Rev. David Peck is pictured in the courtyard at St. James Episcopal Church in Lancaster on Wednesday, Sept. 15, 2021. 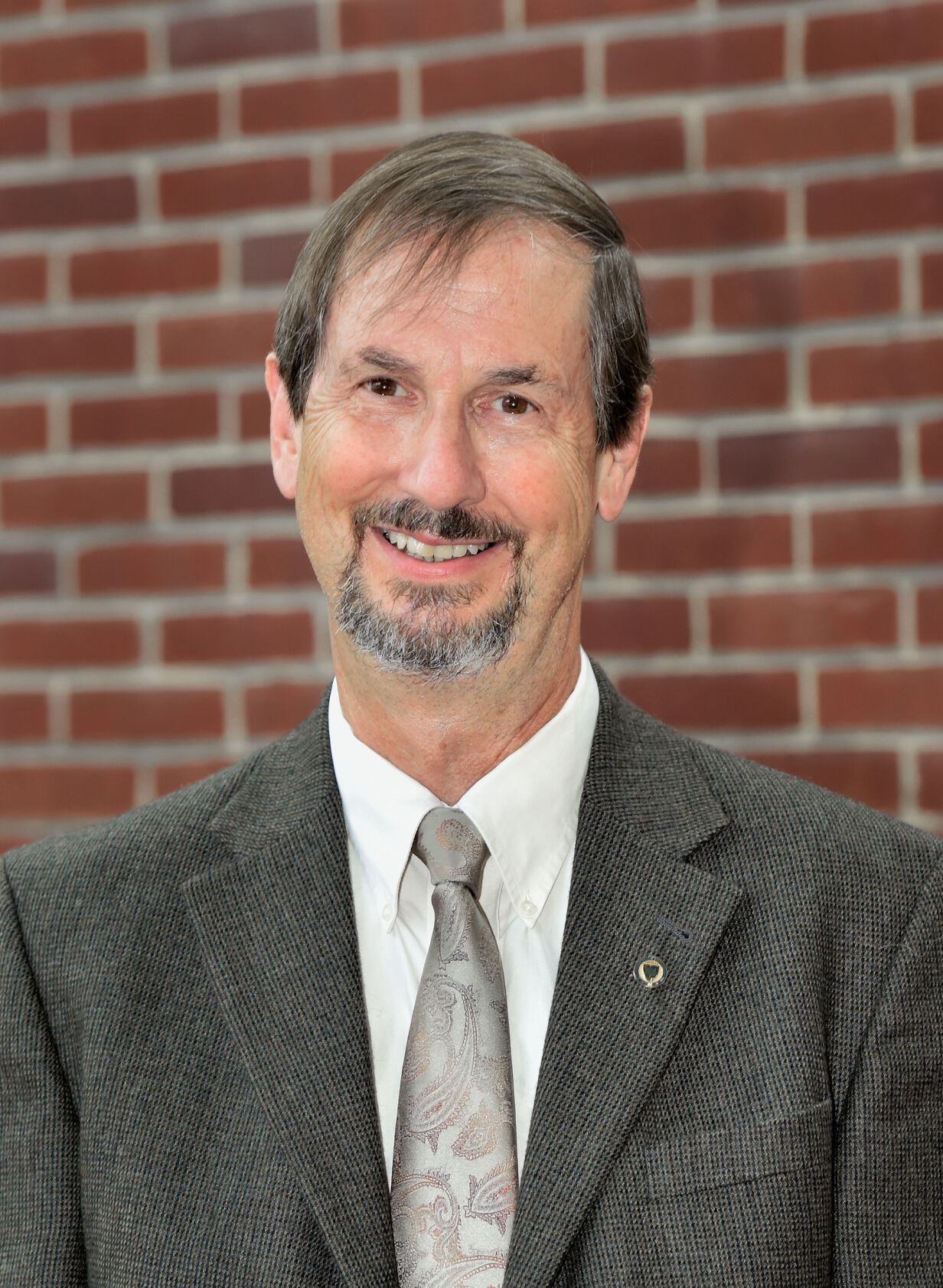 Prof. Randall Zachman is pictured in the courtyard at St. James Episcopal Church in Lancaster on Wednesday, Sept. 15, 2021.

A Lancaster city Episcopal church will soon offer a class on Islam.

The course is part of the Mercy Seminar at St. James Episcopal Church, 119 N. Duke St., which will meet on Zoom and in person from 7 to 8:30 p.m. Thursdays, Sept. 23 through Oct. 28, in the Parish House classroom. The launch marks the third term of the program’s second year.

The Rev. David Peck, church rector, and Randall Zachman, a longtime professor of theology, will lead the study on “Repentance and Grace in Islam.” Previous sessions focused on Judaism and Christianity.

Peck says Christianity, Judaism and Islam all “hold so much common scripture sacred.”

“The Mercy Seminar brings people together from different faith traditions to encounter other faiths on their own terms in a positive lens without denying the deep differences,” Peck said.

Instead, he says, class members will be looking for what the late Rabbi Jonathan Sacks, former chief rabbi of Great Britain, called “the dignity of difference.”

Peck said Sacks went to the Church of England School for the exact same reason St. James is doing the seminar.

“We were never meant to be strangers,” Peck said. “We come from common roots in the Middle East and have many common scriptures.”

Zachman, of Lancaster, was Professor of Reformation Studies at the University of Notre Dame for 26 years and is now an adjunct instructor of theology at Lancaster Theological Seminary. His wife, the Rev. Carrie Call, is minister of the Penn Central Conference of the United Church of Christ.

For about the past 15 years, Zachman has been a member of the International Theology Conference at the Shalom Hartman Institute in Jerusalem in which Jewish, Muslim and Christian scholars study and dialogue together.

“Randall is the theologian and historian who can take us into the religious texts that illuminate where we are similar and where we are different in our understanding of grace and repentance,” Peck said.

Zachman said he lifted the model for this term from the international conference. Peck and Zachman knew each other only slightly in Lancaster when they ran into each other in 2019 in Jerusalem, where Peck was leading a church pilgrimage and Zachman was studying at the institute.

Peck described The Mercy Seminar as a continuation of the model at the institute, but with “non-experts.”

“It’s not an intellectual exercise, but a contemplative one,” Peck said. “What’s fun is we use silence and reading a small passage over and over again so it gets richer and less strange, and that allows us to speak from the heart more than the head as we share together, reflect together.”

About 35 people usually attend the classes; about three-quarters of them are from St. James and one quarter from other houses of faith. About two-thirds are continuing students. Some who attend on Zoom are from out of state. Cost is $75. To register, visit lanc.news/MercySeminar.

“The seminar really focuses on if our understanding of God is one who is all merciful, which all three faiths hold in common, then we should focus much more on mercy when we meet one another,” Peck said.

He says the seminar will allow people to receive and meet their neighbor in new ways and with deeper understanding.

“And as we look at Islam, to be much less afraid,” Peck said.

“And hopefully quite surprised,” Zachman said.

“It’s about the merciful God who shares,” Peck said.

Zachman said the Hartman method will show people that what they thought they knew about their faith or another faith is inaccurate, and what they will come to know is thoroughly surprising and exciting.

“It gives people a boost of energy that’s hard to describe,” Zachman said.

The Climate Riders rode across the country from Washington state to Washington D.C. to advocate for climate justice.

This Lancaster synagogue has two rabbis — and they're married

The Torah commands Jews to abstain from working during Yom Kippur, the Day of Atonement. The…

Most classes are offered online and in the chapel “for participants to learn to be more centered, conscious and compassionate in the world.”

For more information, visit saintjameslancaster.org and click on Urban Well.

Organist Tom Breneman has a favorite quote about music, from Martin Luther in 1517.

The Harrisburg Book Festival will return in October in a hybrid format, with a mix of virtual author events, in-person store hours and an outd…

Before we moved to Lancaster County, my husband and I lived on Sanibel Island in Florida.

It was a Friday in late June 2015, when President Barack Obama was eulogizing his friend South Carolina state Sen. Clementa Pinckney, a pastor…