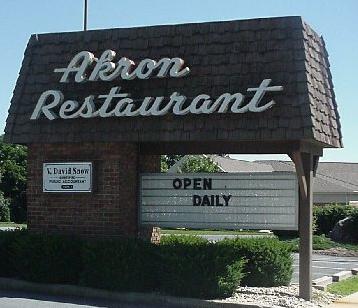 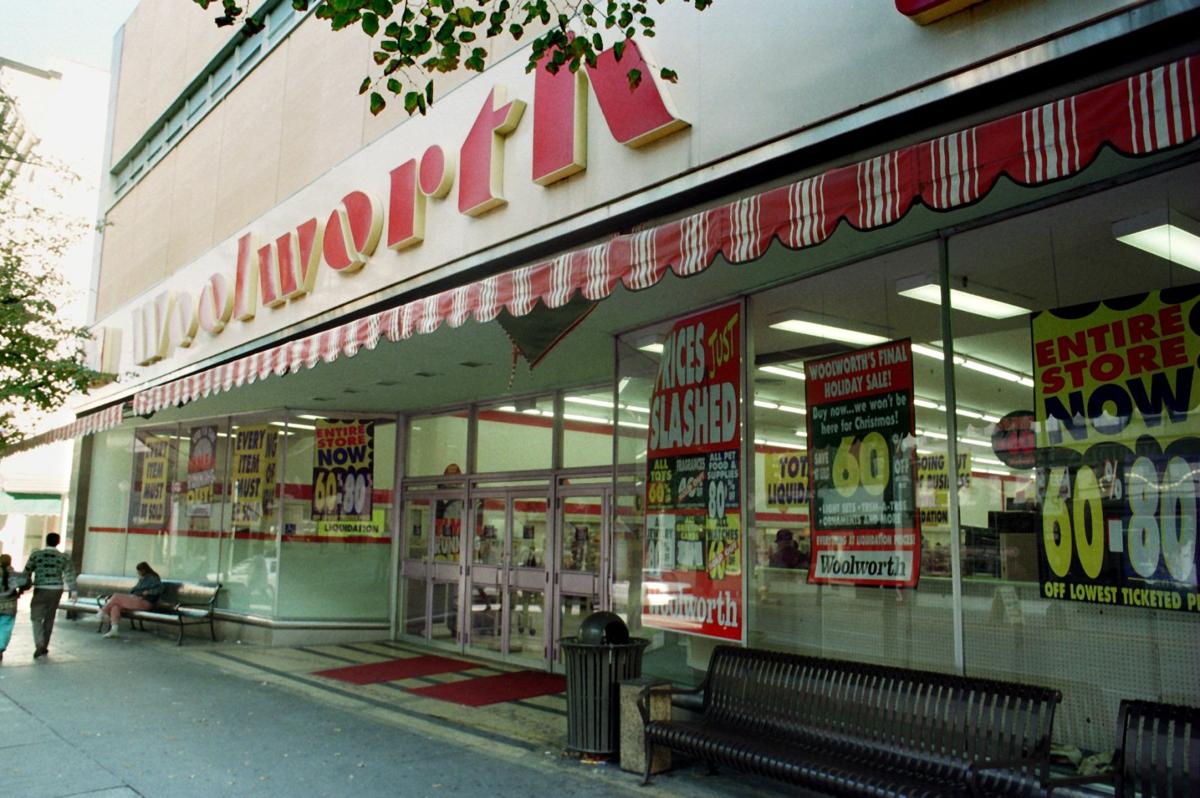 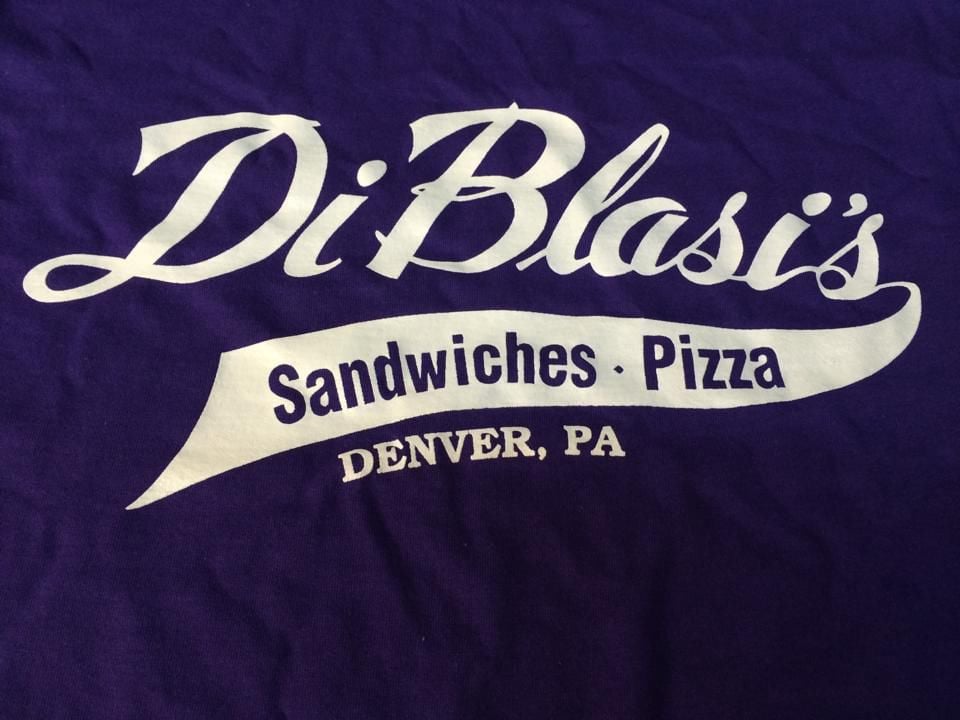 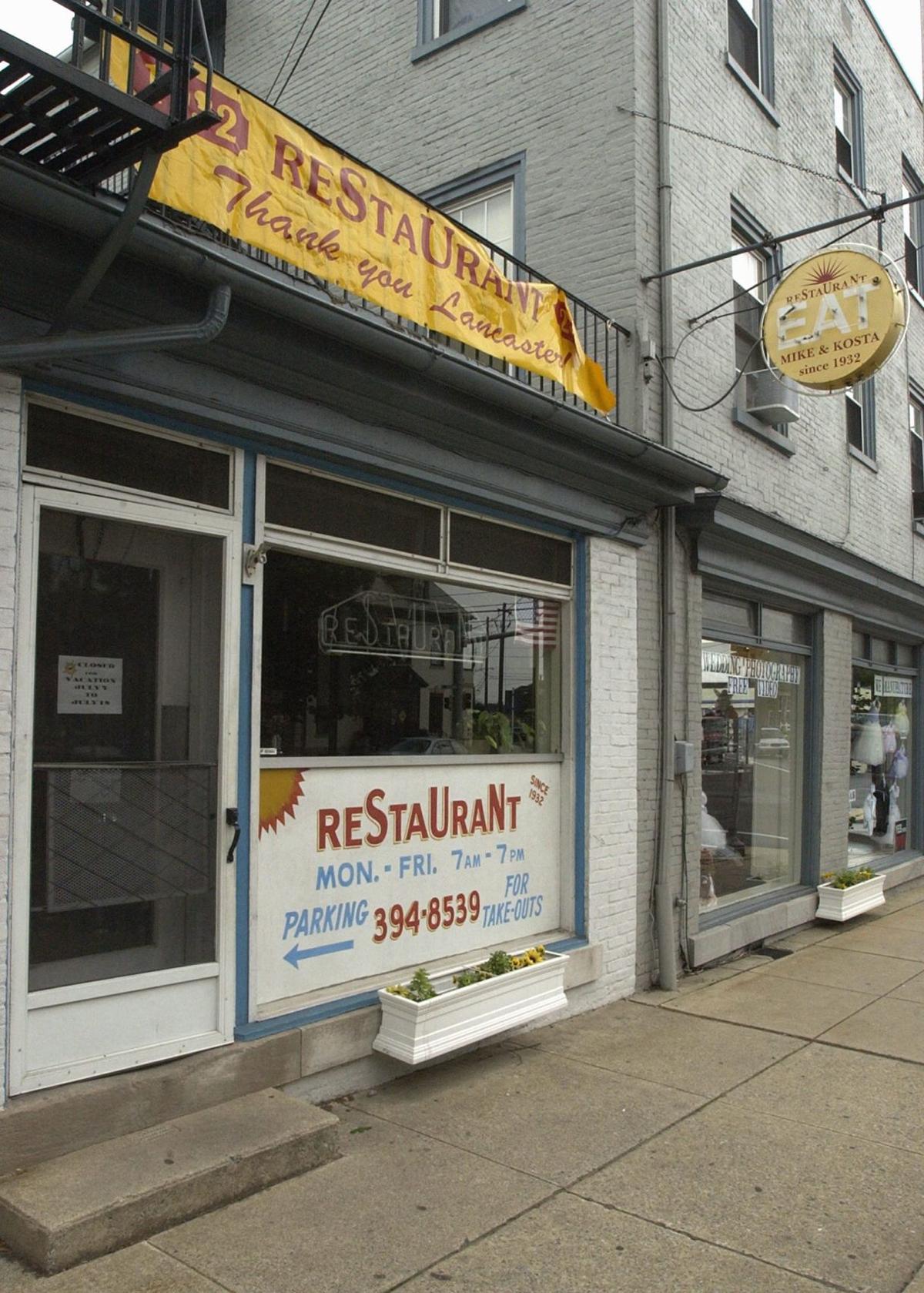 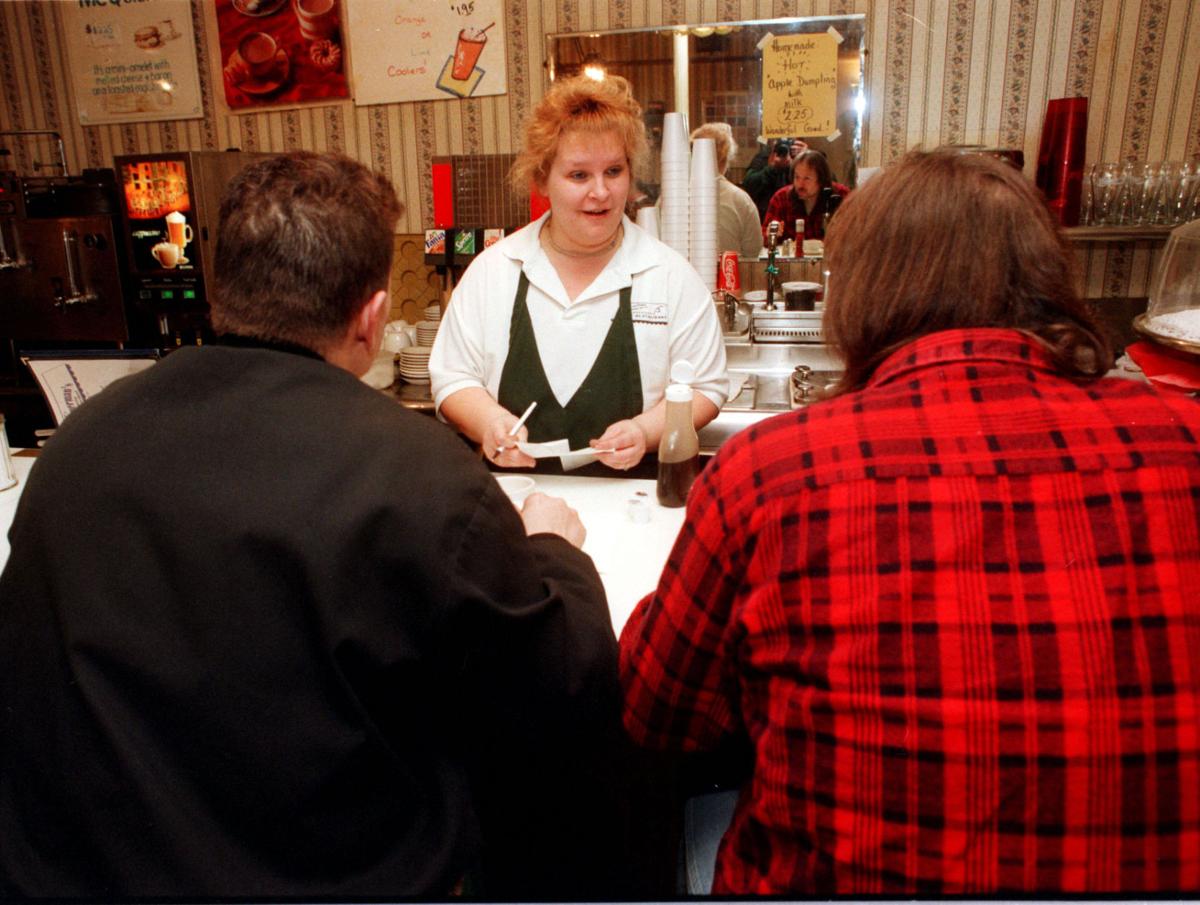 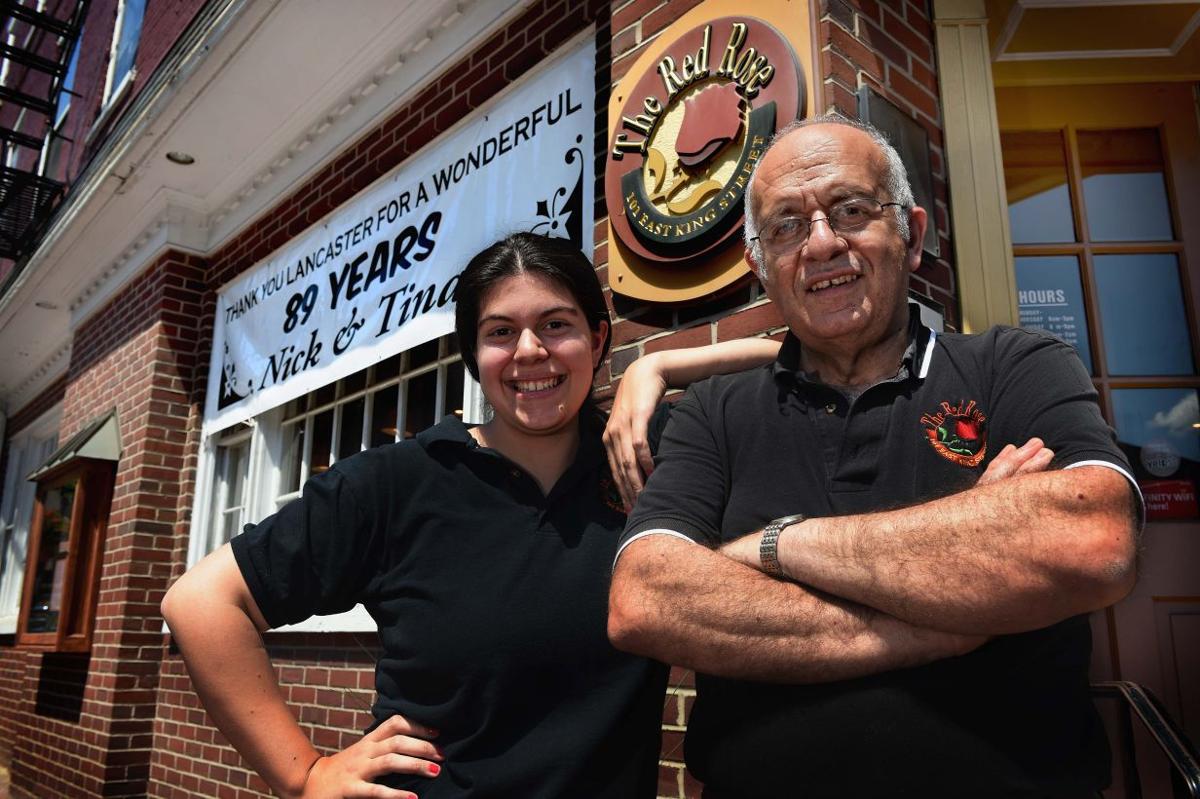 Nick Flouras with his daughter, Christina Flouras, at The Red Rose restaurant at Duke and King Streets on Wednesday, June 24, 2015. The restaurant is closing in a week.

This story was originally published June 3, 2017.

While the restaurant scene today may be growing, there are some memories of years gone by that make some miss the good old days of the culinary scene in Lancaster.

LancasterOnline took a quick look through its archives and created a list of some restaurants of the past.

This is not a complete list and we welcome you to add your memories in the comments below.

According to newspaper archives, Warren G. and Dorothy Royer opened Akron Restaurant in Ephrata around 1950. They moved it to Main Street in Akron in 1954, where it was known for serving traditional Sunday dinners of either chicken or turkey.

The restaurant closed in 2004.

Operating for 42 years, the restaurant closed its doors in August 2016. DiBlasi’s featured cheese steaks and Italian sandwiches. It has seating for around 40 but was a popular takeout spot, according to newspaper archives.

Open for more than 35 years, the restaurant was known for its ice cream. It also had a restaurant and the opportunity to visit with llamas.

The restaurant closed in 1991. The location had been a rooming house, bar and restaurant and is now the Belvedere.

Closed in 2015, the restaurant was known for its German fare.

Opening in 1941, the restaurant was known for its seafood dishes. It closed in September 2010 after an electrical fire. Chuck Trissler bought the building and reopened it as 551 West.

The lunch counter was always filled at this diner-style restaurant that was tucked in the corner of the shopping center.

For nearly 90 years, the Red Rose Restaurant at the northeast corner of Duke and King streets was in the Flouras family until it shut its doors in 2015.

Closed in March 1995, the restaurant, complete with lunch counter, had operated in the basement of the department store.

The original Watt & Shand store was founded by three Scotsmen — Peter Watt, James Shand and Gilbert Thompson. The store opened in 1878 at 20-22 E. King St. and moved to a site at Penn Square seven years later, according to newspaper archives.

Opening in 1940, the restaurant once housed a taproom.  According to a newspaper story, a menu from 1946-47 shows a martini cost 35 cents, a beer 10 cents and a full-course dinner (tomato juice or fruit cup, a salad, soup, a sirloin steak with a side dish of spaghetti and two vegetables) was $2.

The restaurant continued to operate for a number of years after the brothers sold it but it closed for good in 1989.

"With meals made from scratch, a congenial atmosphere and what one customer described as 'ridiculously low' prices, the so-called 'biggest little restaurant in Lancaster' drew loyal customers of all stripes for decades," according to newspaper archives.

In a newspaper archived article, Rick Bowman, of Marticville, wrote:

"At Woolworth's, you could pick a balloon and pop it to find out how much a banana split would cost. There were small pieces of paper inside the balloons with prices on them."

According to newspaper archives, Earl Zimmerman opened Zimmerman’s Family Restaurant at the spot in 1959, and operated it for 30 years before selling it in 1989 to George Katsaros. In a newspaper account of his retirement, Zimmerman recalled visits from Joan Rivers as well as from Harrison Ford and Kelly McGillis, who were in Lancaster County filming the 1985 movie "Witness."

Dining out: Which Lancaster County restaurants opened and closed in February 2019?

Haydn Zug was a “crusty old fellow”’ with a kind streak running through him.

LancasterOnline reader JoLynn Cottle shared the recipe for the much-talked about red velvet cake from the Akron Restaurant. A recent post of  …

Readers decide: What are the best options for takeout in Lancaster County?

It's cold and dark out by dinnertime, and sometimes you just don't feel like cooking.

Readers decide: 10 places worth grabbing takeout from in Lancaster County

You're tired, you're hungry and there's no way you're cooking. Luckily, there are plenty of options in Lancaster County for a delicious takeout meal.

A Lancaster County native living in Seattle has agreed to pay $1 million for The Accomac Inn, and he plans to reopen the landmark Wrightsville…

After more than 40 years in business, Colonial News, a newspaper and magazine store that featured lottery-ticket sales, will close 11 a.m. Friday.

After surprise purchase of The Accomac, 'Happy Henry' makes plans for expansive use of historic Susquehanna River property

Growing up on a farm between Manheim and Mount Joy, Henry Shenk said his early life revolved around farm work and his Mennonite church and school.

What family-owned supermarkets are left in Lancaster County? Yoder's, Stauffers and more

June 19, Ferguson & Hassler closed its store and sold the business to Giant for an undisclosed price.

As the owner of a restaurant right next to Lancaster Central Market, Tim Carr had an enviable setup.

An eccentric businessman who bought The Accomac Inn on a whim for $1 million in December has put the historic restaurant back on the market.

Lancaster That Was: Farmers pondered ethics of growing tobacco in 1994

Excerpts and summaries of news stories from the former Intelligencer Journal, Lancaster New Era and Sunday News that focus on the events in th…

These 7 beer festivals are coming to Lancaster County in 2019

These seven beer festivals are coming up this summer and continue into fall.

7 Lancaster stores from yesteryear (Leinbach, Fahnestock's and more): How many do you remember?

Editor's note: This article was originally published in July, 2019

On Thursday, it will be a year to the day that The Bon-Ton store at Park City Center closed, quietly concluding a five-month liquidation sale.