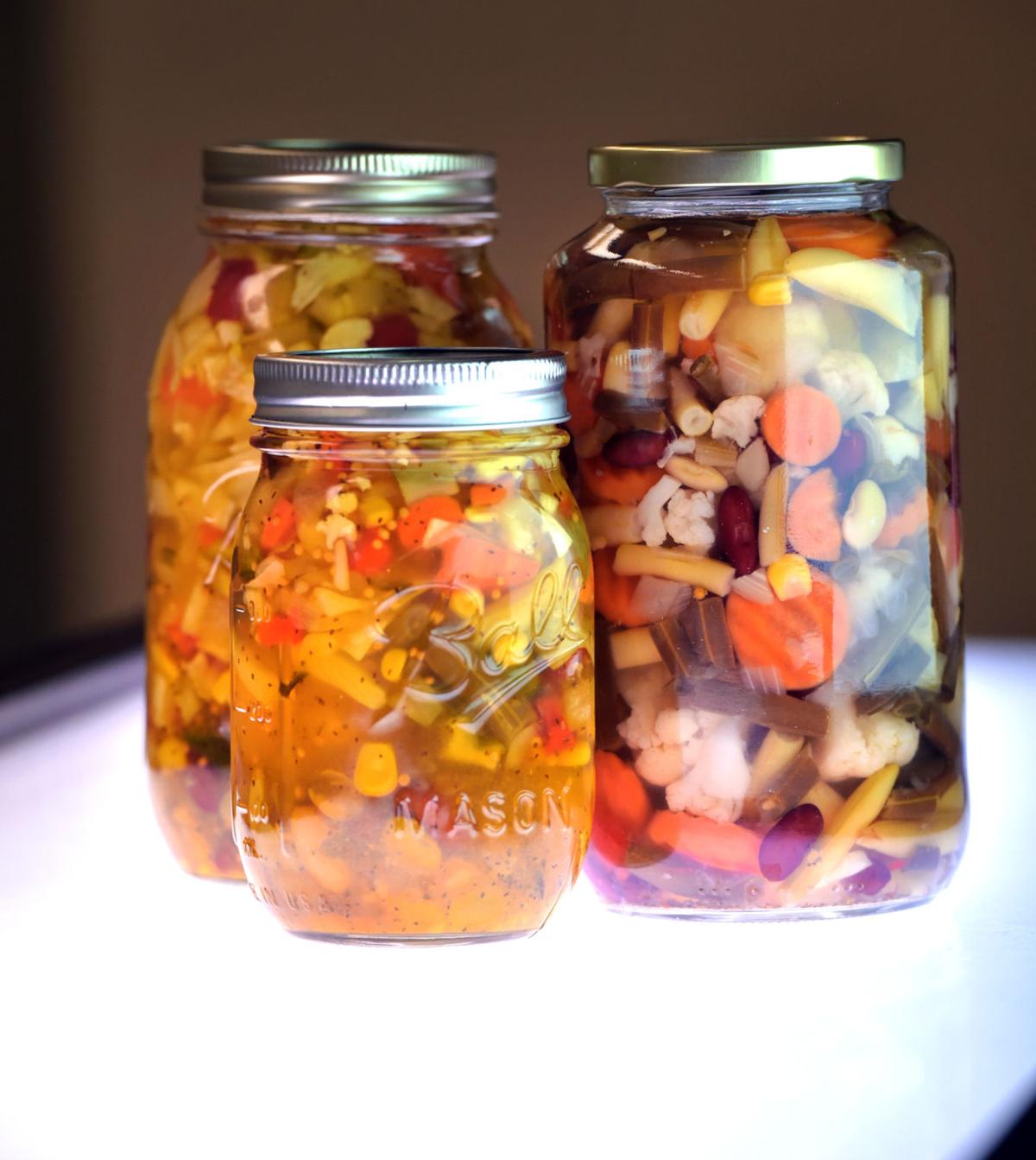 Chow-chow started as a way to preserve the bounty from a garden (or clear out a freezer in the spring). 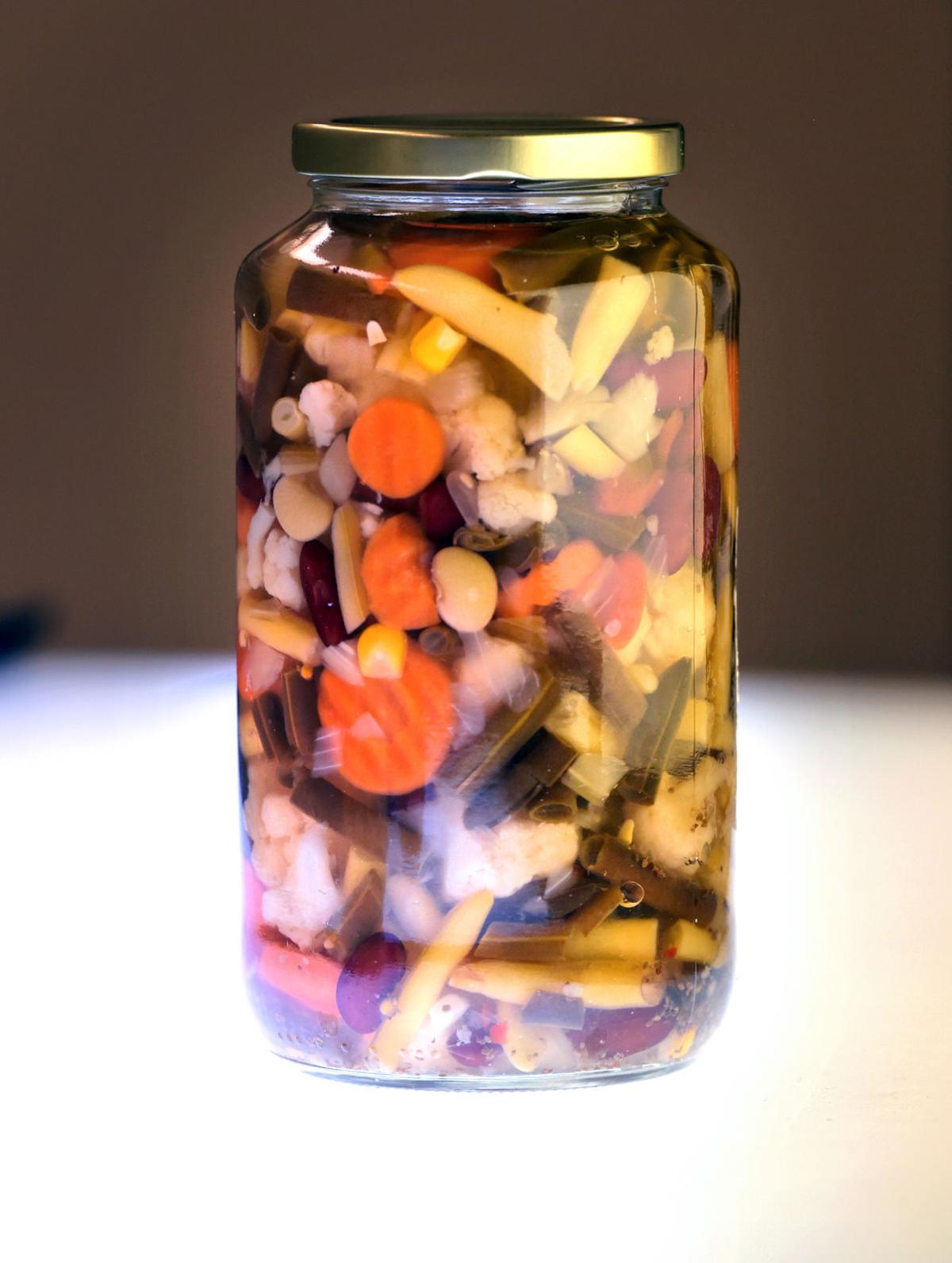 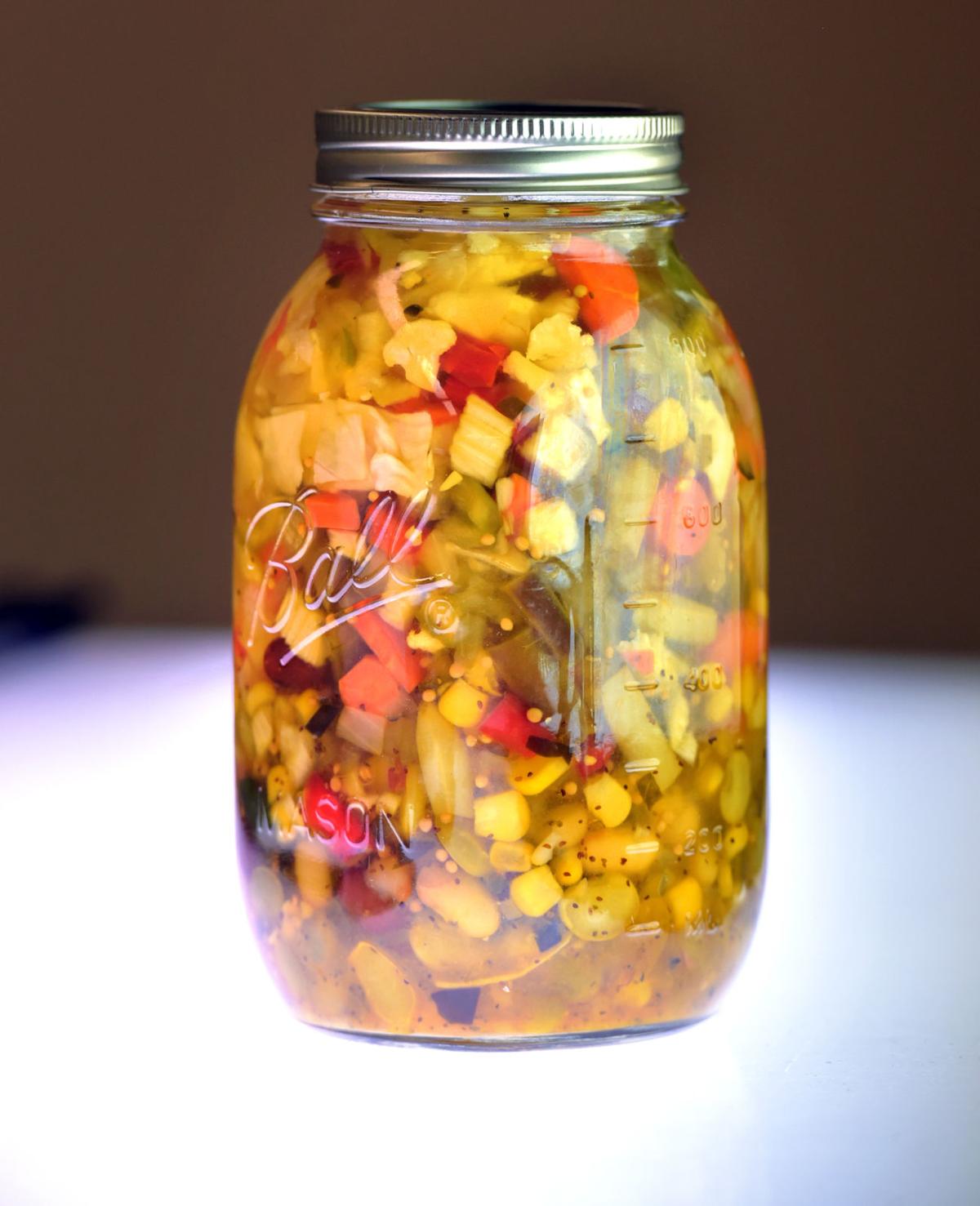 Chow-chow started as a way to preserve the bounty from a garden (or clear out a freezer in the spring).

It’s the end of the summer and the corn is ripe and the peppers, tomatoes, cabbage and everything else in the garden just keep coming.

What to do with all this bounty?

Long before the days of refrigeration, cooks chopped whatever was fresh and covered it with a sweet-sour syrup.

Think of it as Pennsylvania Dutch chopped salad — but pickled, of course. These days, chow-chow is a year-round food, served as a side dish, a condiment on burgers, a salad topping or sometimes straight out of the Mason jar.

Doris and Owen Roberts picked up two quarts of chow-chow at Root’s Country Market this week to restock the pantry in their Landisville home.

“I grew up on a farm, and my mother always made it,” Doris Roberts says. “We enjoy it.”

She likes to serve it as a salad with a hot meal, while he likes a bowl of it with a sandwich.

Chow-chow made the cut in the fall when Taylor Hicks featured Lancaster County foods in the Pennsylvania episode of his food show, “State Plate.” The “American Idol” winner tried chow-chow from Welsh Mountain Canning in New Holland, a soft pretzel from Julius Sturgis Pretzel Bakery in Lititz and shoofly pie at Bird-in-Hand Bakery & Cafe.

Welsh Mountain Canning started because of a chow-chow shortage, owner Daniel Beiler says. His family’s farmers market, Beiler’s Fruit Farm, used to buy chow-chow from another local company. When their supplier didn’t have any, they started making their own. About two decades later, Welsh Mountain has expanded to make pickles and relishes, jams and jellies. Chow-chow, however, is still a top seller, he says.

When Pat and Bob Burnley started Kitchen Kettle Village in 1954, chow-chow was one of the first foods they sold. Pat Burnley developed the recipe with women in the area, says their granddaughter Michelle Rondinelli. It remains one of the top-selling items at the Intercourse business, along with pickled beets and pineapple salsa.

“It’s a great mixture of cauliflower and beans and carrots and different vegetables,” says Rondinelli, co-owner and president of Kitchen Kettle Foods. “We have always said it’s the best way to get your kids to eat vegetables.”

So, why do we call it chow-chow?

Nobody seems to know for sure. Some believe the name might be connected to China, from where spices were imported. Other theorize that it could be connected to the French word for cabbage, “chou.”

And what goes into chow-chow?

Chow-chow balances sweet from the sugary syrup and sour from the vinegar brine. Some cooks add spicy jalapeno peppers, horseradish or crushed red pepper, too.

Recipes call for a wide range of vegetables and beans. Some have watermelon rind or green tomatoes. There’s a cucumber version and a corn version.

“You have your white cauliflower and orange carrots in there, (which) give it a nice look,” Beiler says. “And also, the carrots and cauliflower are a little bit bigger. I think chow-chow looks nicer if you have something in there that’s bigger, rather than just have a bunch of small beans.”

On the spice side, mustard seed, celery seed and turmeric are common. Other options are any combination of cinnamon, ginger, mace, garlic and cloves.

While cooks aim to make the crispest, crunchiest pickles around, not everyone thinks chow-chow should be that crisp. Some like it crisp enough to crunch. Others like it soft enough for the flavors to meld together. More than 70 percent of LNP/LancasterOnline readers say they prefer crisp chow-chow over soft, with a few votes for “not too crisp, not too overcooked.”

Kitchen Kettle’s chow-chow is in the middle.

“The one that we prefer and the one that we’ve tested and we feel that we’ve had the most success at is ... in the middle,” Rondinelli says. “Not too soft and not too crunchy.”

The late Betty Groff’s chow-chow recipe in one of her cookbooks hints at her preference. The chopped vegetables should be tender, not mushy, the expert on Pennsylvania Dutch cuisine writes.

“Pickles add something special to everything from hamburgers to roasts,” she writes.

4 medium green tomatoes, cored and minced but not peeled

PA Dutch Eats: We want to know all things shoofly pie from readers

Next up in the PA Dutch Eats food series is shoofly pie, as selected by LancasterOnline readers.

PA Dutch eats: What food do you want to know more about? Weigh in

20 ways to tell if you are from Lancaster County

This article was previously published, but it's so fun, we've brought it out again.

Need cooking inspiration? Here are some of our most-popular recipes

Whether you're a well-seasoned chef or a novice looking to improve upon the craft, we have the recipes for you.