Rabbi Elazar Green's view from the ICU at Lancaster General Hospital. The rabbi survived COVID-19 and shared his harrowing experience in a newsletter. 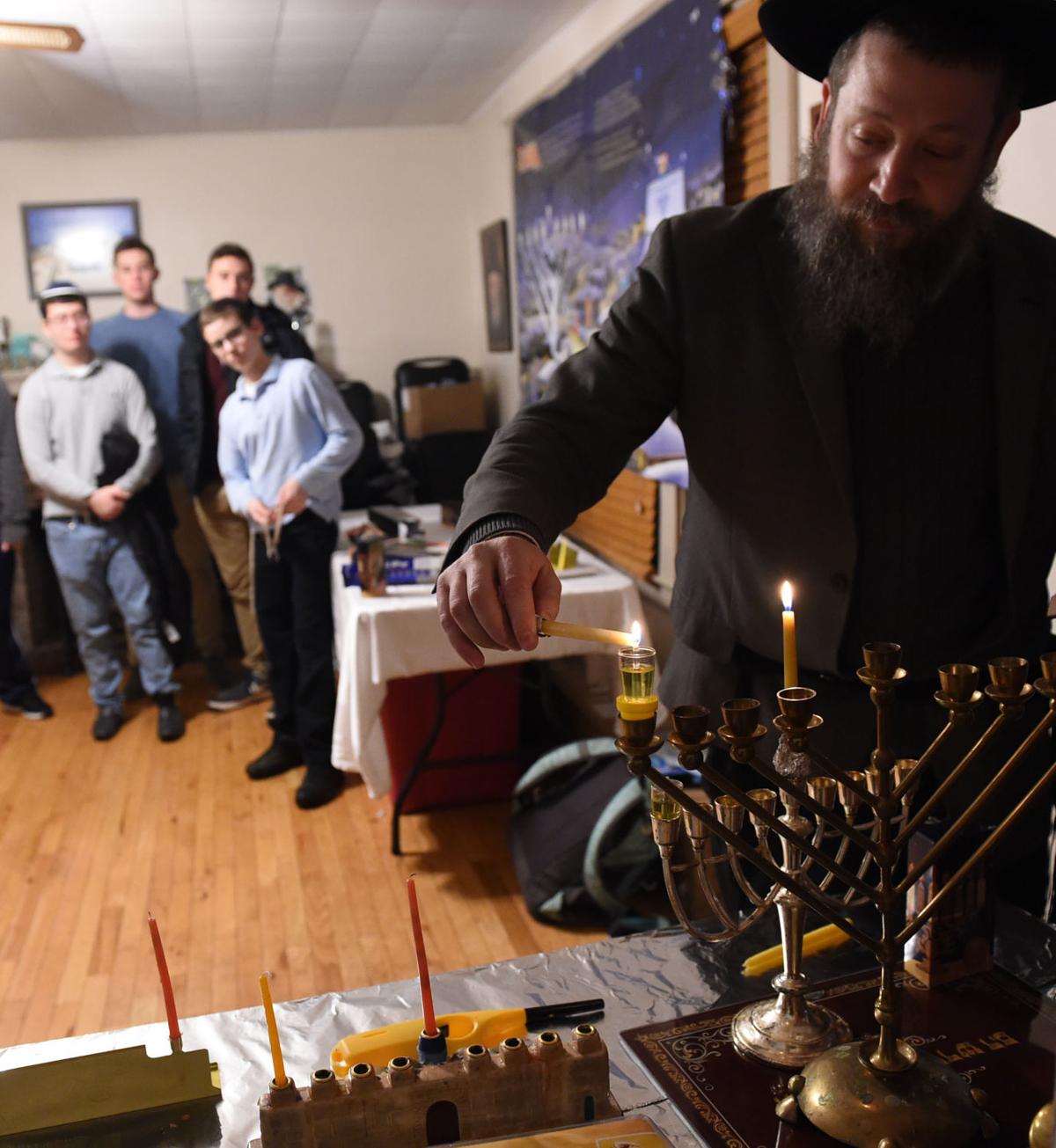 Rabbi Elazar Green leads during the lighting of menorah to celebrate the beginning of Hanukkah in Lancaster on Sunday, December 2, 2018, in this file photo. 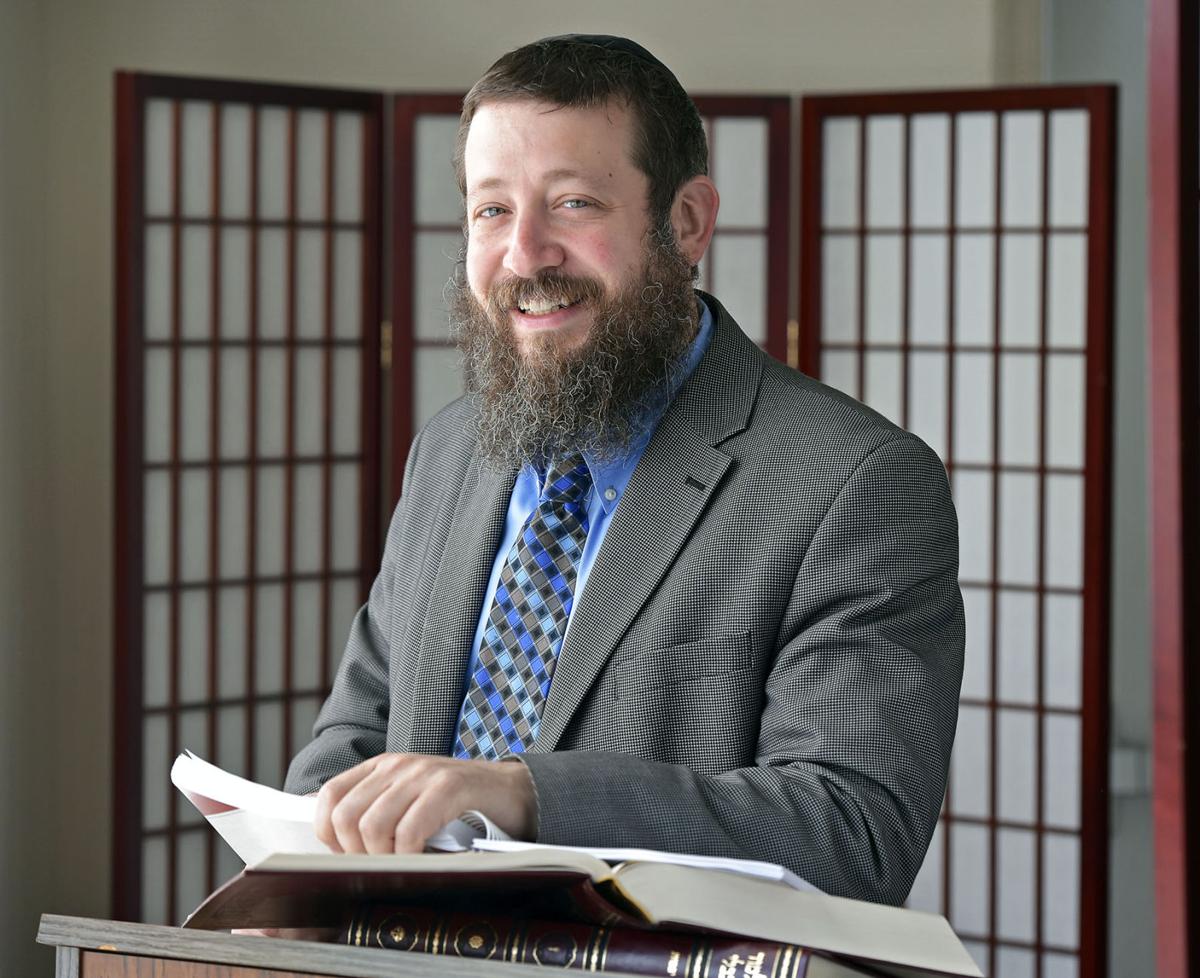 Rabbi Elazar Green in a file photo from 2015.

“I isolated myself in the Chabad Center. Shivers. Sweats. Shivers and sweats. Coughing that would not stop ….

“I took the COVID testing in Ephrata. They said they’ll know in 4 days… .

So begins an email newsletter titled “View from the ICU,” by 43-year-old Rabbi Elazar Green, who heads Rohr Chabad Jewish Center in Lancaster.

The newsletter chronicles Green’s brush with the COVID-19 virus that left him, his family and friends fearing for his life.

He describes gasping for breath and burning with fever.

In subsequent emails to this reporter, he described his symptoms as “a constant cough, and it felt like really bad heartburn.”

Green sent the newsletter to a number of friends on April 5. He agreed to a story about his illness and indicated he would answer email questions quickly.

But in the days that followed, Green did not feel well. He was fatigued and had to stop to catch his breath when talking. On April 17, he replied to the questions and added that he was feeling better. His doctor has told him it will still be several weeks “to get to 100%.”

Green took a coronavirus test on March 16. Eight days later, March 24, after his temperature reached 103, he went to Lancaster General Hospital. A chest X-ray confirmed he had pneumonia. The medical staff got his blood oxygen levels under control and sent him home.

His wife, Shira, however, was worried about a relapse.

“Every cough made me worry,” she confided in an email, “every time he felt a need for pulse-(oxygen) check or needed to take oxygen.”

Green returned to the hospital less than 24 hours later.

“My biggest concern when he went to the hospital,” she wrote, “was that he would be one of those patients who go in for troubled breathing and then a few hours later dramatically worsen and need to be put on a ventilator.”

Her fears were well-founded. Green’s condition continued to worsen.

“For 2 days, I burned and burned and gasped for breath. They checked vitals every 8 hours.”

Unable to talk, he texted Shira. They also connected by video.

At this point, he said, he began contemplating his death.

On March 27, he rang for the medical staff “because I was not feeling well.”

“They did an X-ray and showed me my lungs were all white.

“ ‘They need to be black,’” they told him and prepped him to be intubated.

Green looked up intubation on his phone. What he found was not encouraging.

“Organ failure is 50% survival,” he wrote. “Intubation has a 30% successful extubation.

He said Shema — a prayer that is a declaration of the basic principle of Jewish belief, proclaiming the absolute unity of God.

Shira Green also was actively trying to help. She contacted a family friend, Dr. Avi Rosenberg, assistant professor of pathology at Johns Hopkins, who was familiar with the Yale COVID-19 protocol. He recommended prescribing tocilizumab, an experimental drug that is currently part of a random double-blind, placebo-controlled clinical trial.

But Elazar Green said doctors initially declined, in part because clinical trials had not been completed.

He was transferred to the intensive care unit and “hooked me up to an oxygen machine that had huge capacity.”

He had yet to be intubated when the decision was made to administer the drug.

The staff also sent a swab to Philadelphia for a rapid test.

The next morning, March 28, the results of the rapid test confirmed that Green had COVID-19. That same day, “my fever broke. For the first time in 2 weeks.”

Green wrote that he also was treated with anti-malarial drugs and azithromycin.

He was transferred out of the ICU on March 30 and was discharged two days later.

As he was putting on his shoes, he received a phone call about his initial test two weeks earlier. He was told he had tested positive for COVID-19.

“I am being discharged as we speak,” he replied, “thanks for your help though.”

In his newsletter, Green wrote of his support system. It includes students at Franklin & Marshall College and adults and youth from Lancaster and York Jewish communities who prayed for him and shopped for his family.

He thanked the staff at LGH, “especially the ICU nurses.”

He thanked Rosenberg for his expertise and his wife, children and extended families for their love and support.

And he thanked God “for some more time on this earth to serve you.”

He concluded his writing with the Hebrew exclamation “Mi K’Amacha Yisroel!”

The words mean, “Who is like Your nation, the Jewish people.”

For chaplains on the front lines, the job remains the same, but the circumstances are different

For Lancaster Moravian’s pastor, sanitizing people’s hands as they pick up food packages has a sacred feel to it

After nurse helped him with pain in hospital, he pays tribute to compassionate 'angel' [column]

This story begins not so long ago, when I developed a severe pain in my left knee that required an ambulance ride to Lancaster General Hospital.

The coronavirus pandemic has postponed or canceled many annual Earth Day events this year, but there are other ways that we can take care of o…

By the middle of March, Xun Pan settled into an unfortunate weekly routine: wake up, check email and find that yet another piano performance o…

When the Rev. Carol Lytch was hired to lead Lancaster Theological Seminary in 2011, the institution was struggling with its finances.

Drive up, park and turn on the radio for Hopeland UMC's drive-in church

Apparently a lot of people are buying what they are selling at Horst Auction Center, 50 Durlach Road, Ephrata, on Sundays.

In its 25th annual service, the Lancaster National Day of Prayer took an unprecedented step Thursday night in launching a YouTube page and hos…

Local clergy are calling out Lancaster County officials who on Friday moved the county into the “yellow” phase of Gov. Tom Wolf’s plan to reop…

Churches in Ephrata, New Holland stand together in a 'soft opening' Sunday

The majority of churches in Lancaster County and across the nation last held services inside church buildings March 8. Since then, the COVID-1…

'It's gonna be a lot of work': local faith leaders work to ensure no one is left behind, young or old