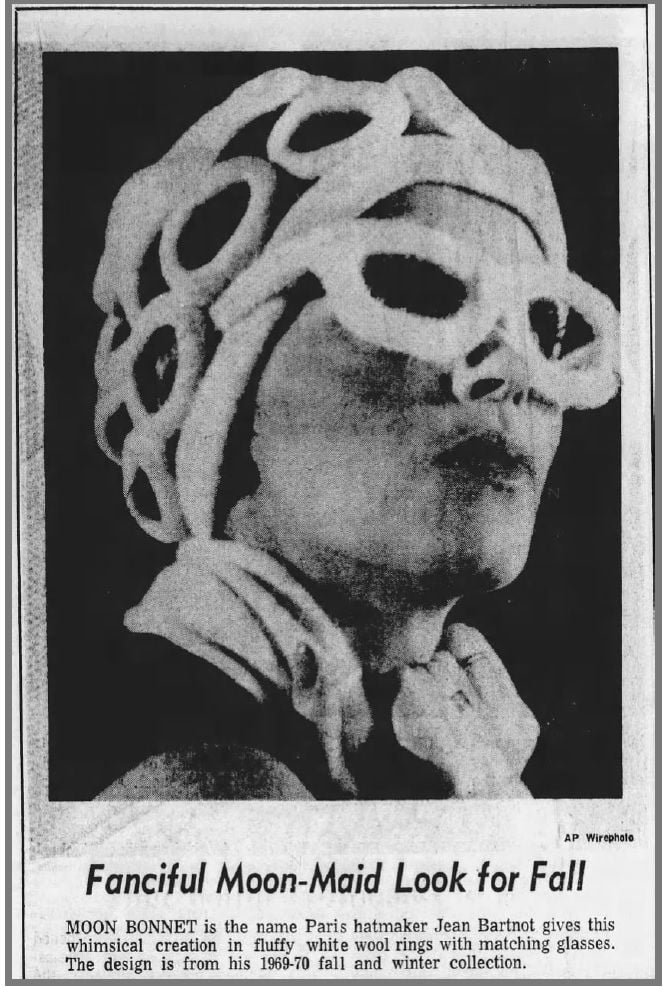 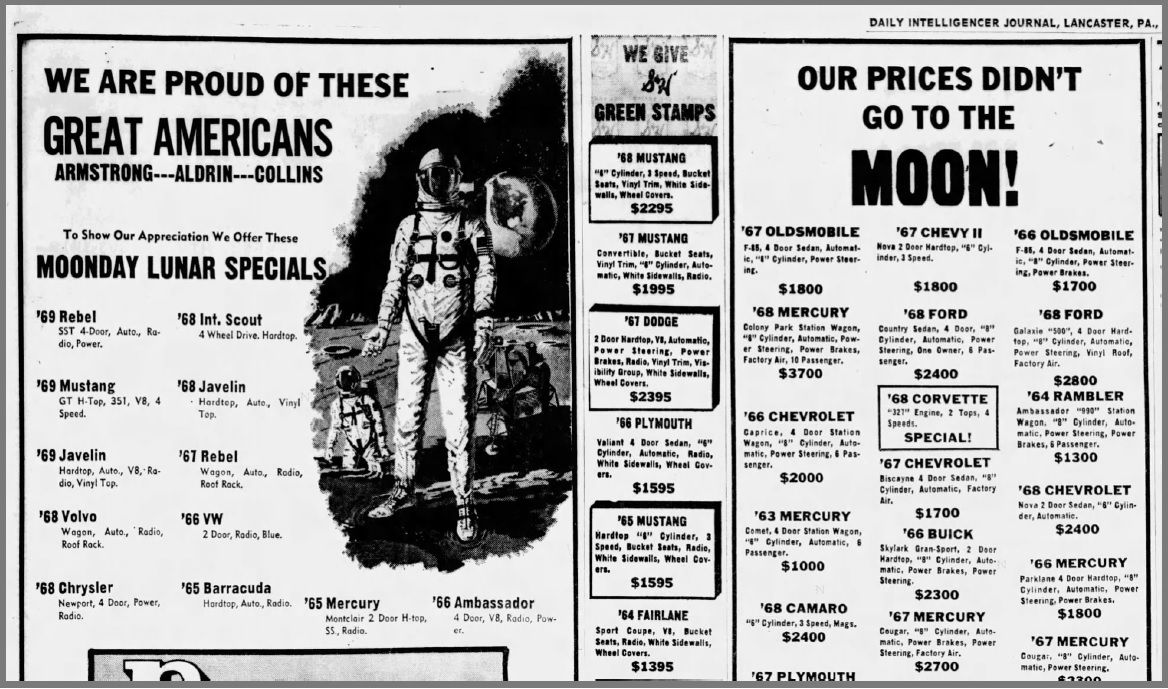 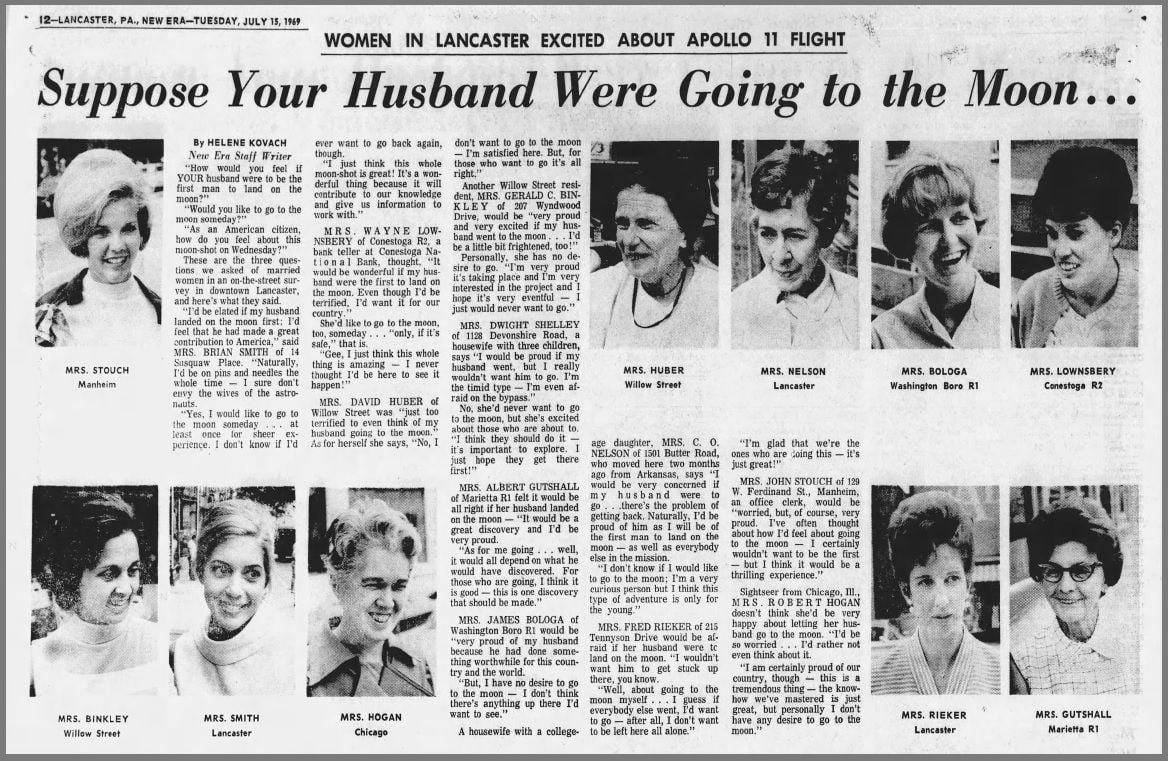 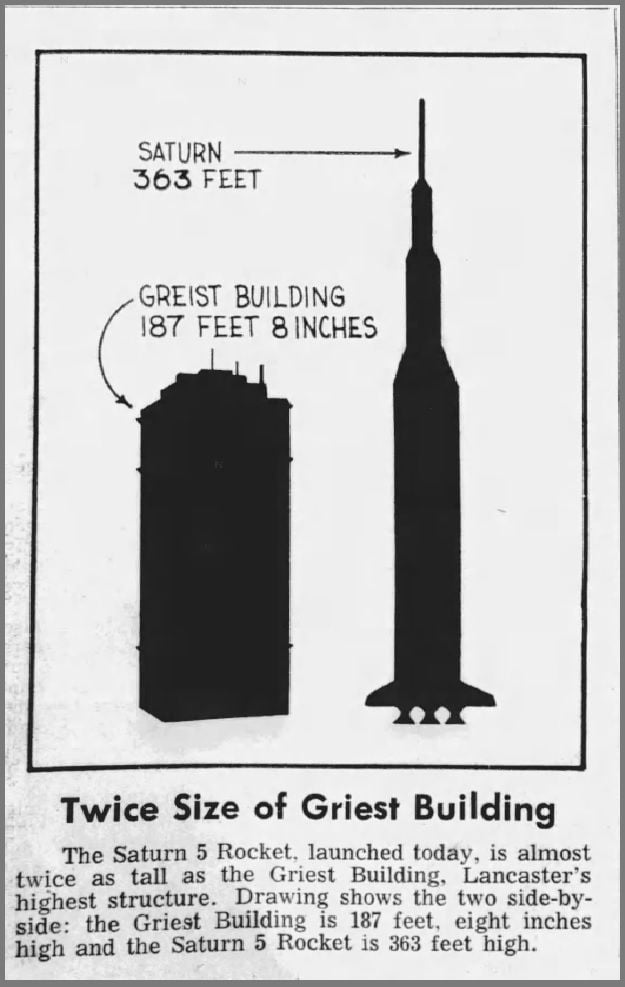 When iconic events on the scale of the 1969 moon landing occur, time finds a way to obscure and ultimately quash individual facets of the story itself.

While the world at large won’t ever forget the Apollo 11 mission or the astronauts involved, there’s a chance that some local and national facets of the moon landing may have fallen by the wayside.

We took a dive through the LNP archives from the week of July 20, 1969, to better contextualize the most important space event of the 20th century.

“If Anything Had Gone Wrong”

Helicopter pilot and Lancaster resident Capt. Kenneth R. Smith was on hand at Cape Kennedy not as an onlooker, but in case of any rocket-related malfunctions. Smith was one of four helicopter pilots stationed on the ground, though his post was closest to the point of blast-off. “I thought I could reach out and touch it where I was,” Smith was quoted as saying. Smith was also tasked with shuttling various dignitaries, including former First Lady “Lady Bird” Johnson, the 15 miles between Cape Kennedy and Patrick Air Force Base.

Women On the Street

In what probably seemed like a good idea at the time, Lancaster New Era reporter Helene Kovach asked married women in Lancaster how they would feel if their own husbands were chosen to visit the moon. As a sign of the times, the women are only referred to as “Mrs.” followed by their husbands’ names. For example, Mrs. James Bologa of Washington Boro stated that she “would be very proud of my husband because he had done something useful for this country and the world, but I have no desire to go to the moon – I don’t think there’s anything up there I’d want to see.” Mrs. Dwight Shelley concurred for a different reason.

“I would be proud if my husband went, but I really wouldn’t want him to go. I’m the timid type – I’m even afraid on the bypass.”

The first American woman to travel to space was Sally Ride in 1983.

Congressman Bob Walker, who has had a role in shaping US space policy, reflects on moon mission

Nestled in the June 21 editions of both the New Era and Intelligencer Journal is a charming example of local businesses attempting to make an extra buck or two off “moon fever.” Nolt Rambler, a used car dealership owned by Joseph Nolt, proclaimed “We are proud of these great Americans: Armstrong…Aldrin…Collins. To show our appreciation we offer these moonday lunar specials,” adding “Our prices didn’t go to the moon!” A 1968 Chevy Camaro was offered for $2,400.

In an Associated Press article printed in the July 23, 1969, edition of the Intelligencer Journal, one enterprising reporter interviewed several iconic songwriters from the “Tin Pan Alley” era who had written songs about the moon, including Henry Mancini (“Moon River”), Harold Arlen (“Only a Paper Moon”) and Sammy Kaye (“Old Devil Moon”). Though their answers vary, most agree that the moon would no longer hold a sense of wonder now that it’s been documented. Mancini said that the moon landing “doesn’t take the romance out of the moon, but it does take the moon out of romance.”

“I don’t think dust sounds romantic now,” said Kaye. “I can’t look at the moon as a romantic place after seeing those craters and boulders. It will be very interesting to see if the romantic motif of the moon will ever be popular again. Maybe the rock ‘n’ rollers will come up with some kooky approach.”

Complete coverage: It's been 50 years since the moon landing

Profiles, reminiscing on Lancaster County reactions and more: The moon landing has had a profound effect on history and pop culture.

Moonstruck: A former LNP intern reflects on the day he captured history

A mere 50 years ago this week, I was a freshly minted summer intern, privileged to work as a cub reporter for LNP between my junior and senior…

Lititz native strives to return Americans to the moon

You could say Lititz native Jason Griffith has always had a fascination with how things work. And now, his chosen career is going to help safe…