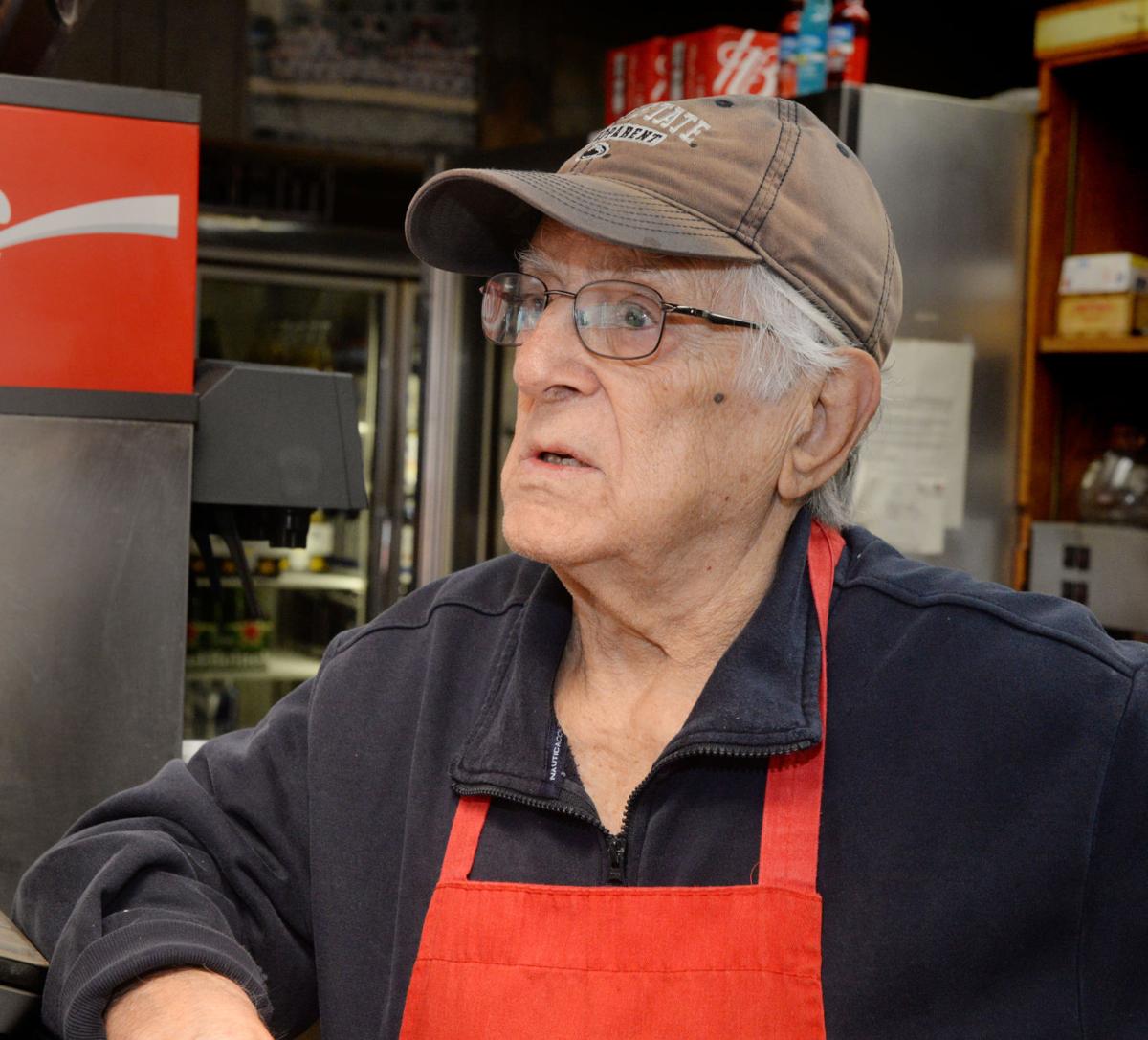 The Rendezvous Steak Shop owner Roger Gaspari talks inside the shop at 239 W. King St. in Lancaster city. His brother Romolo was the first owner of the shop. 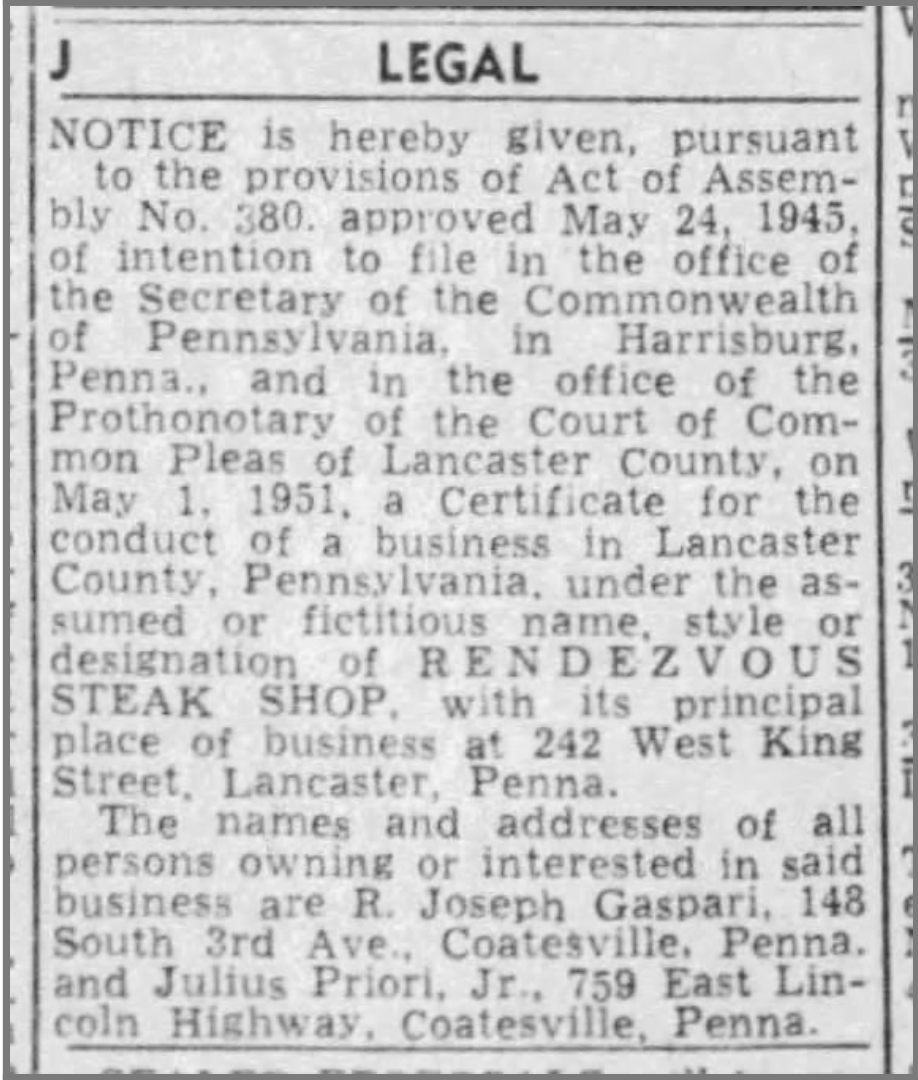 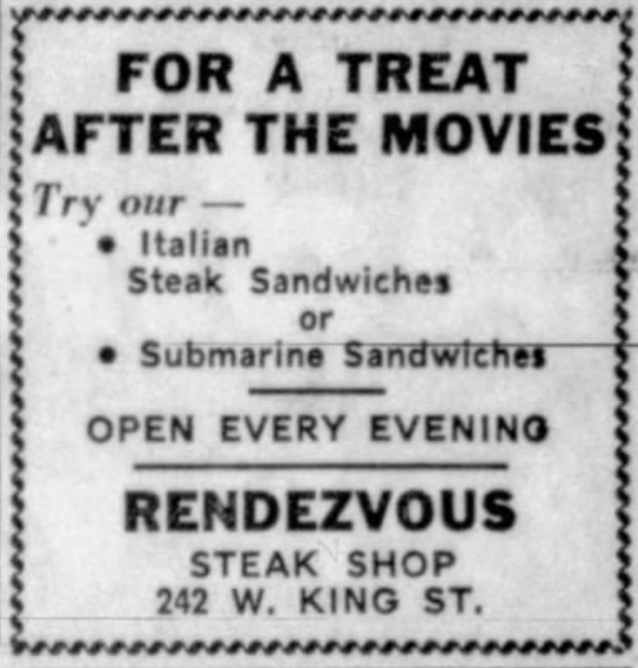 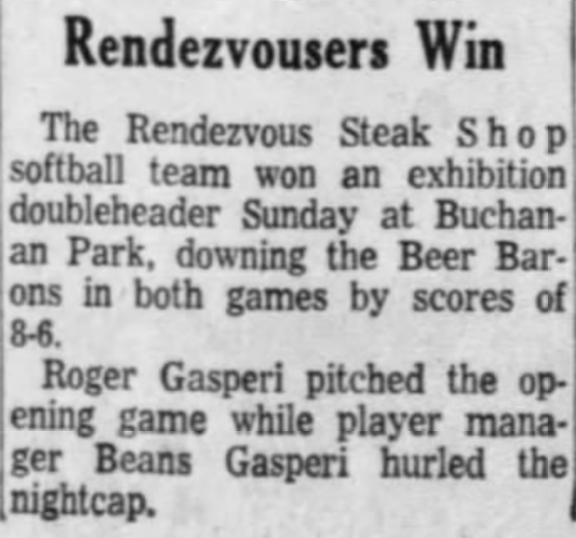 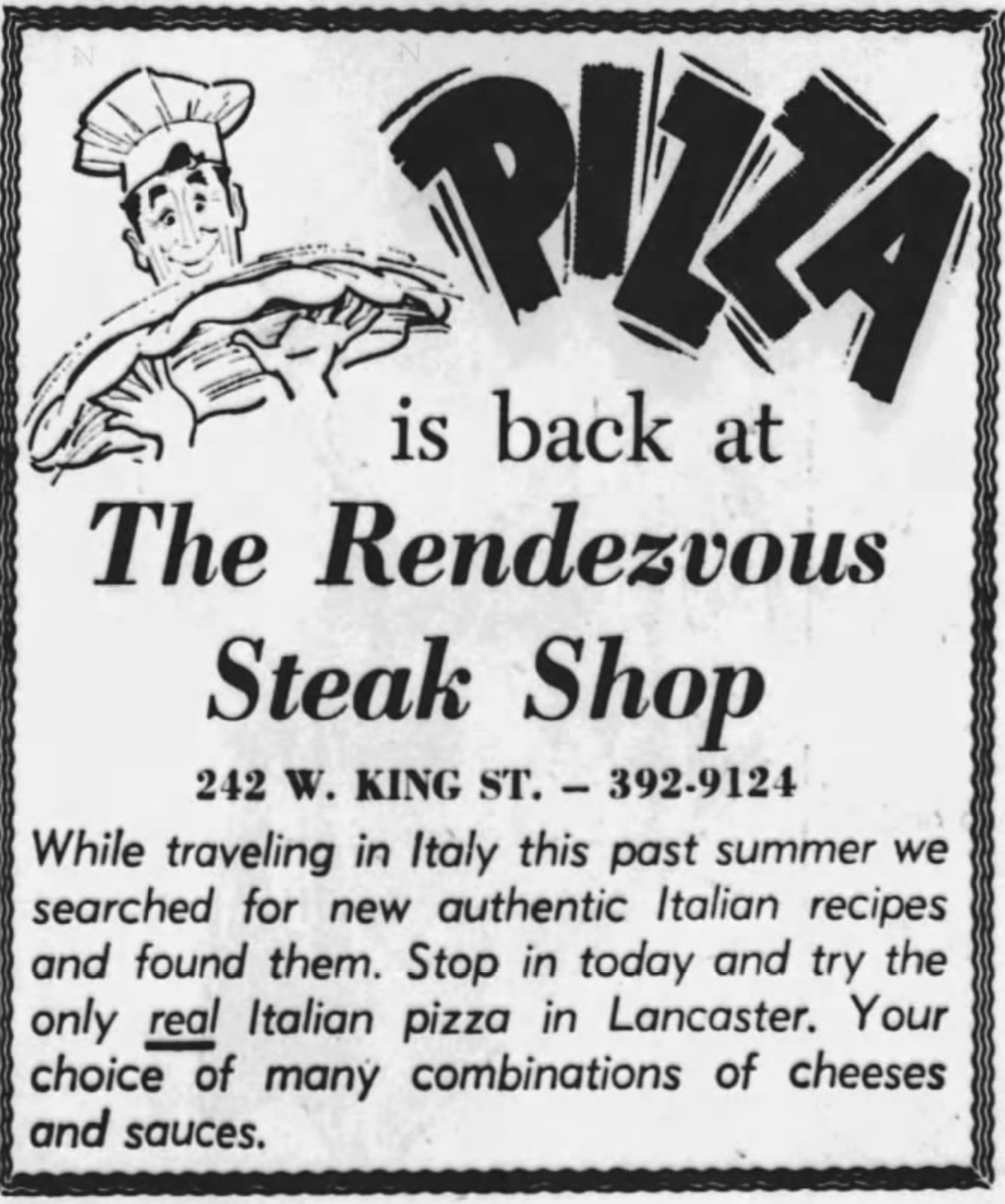 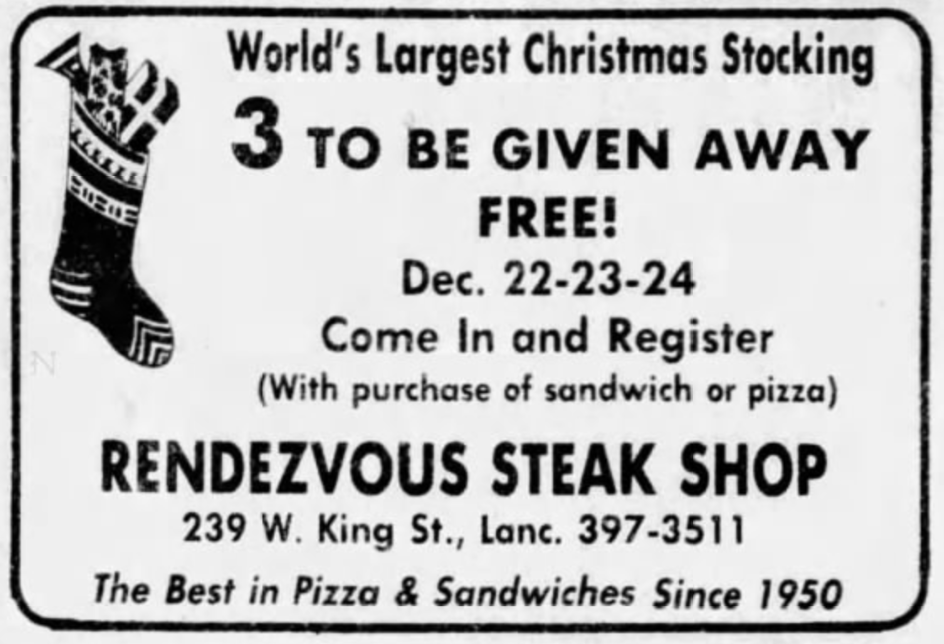 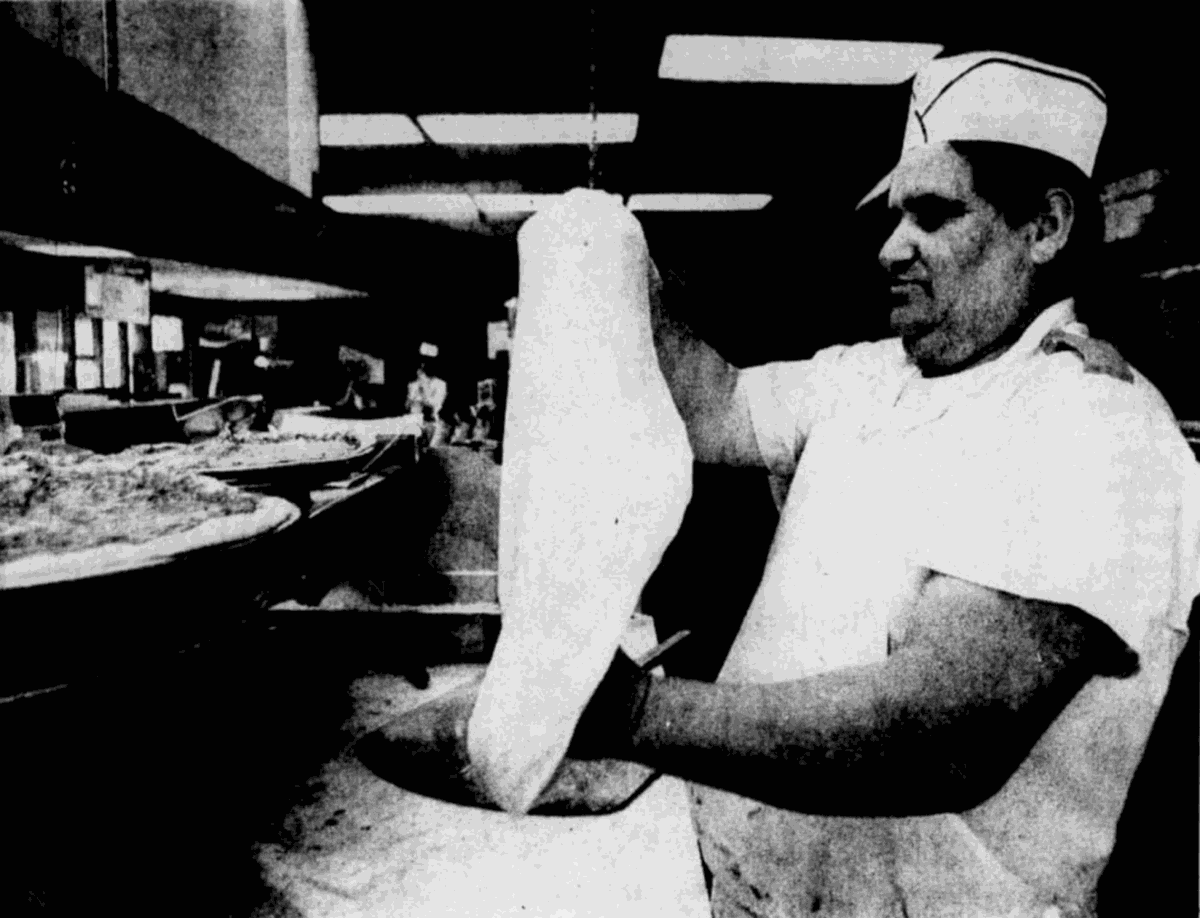 Salvatore Lucidonio stretches a ball of dough for a pizza at the Rendezvous Steak Shop in 1978. 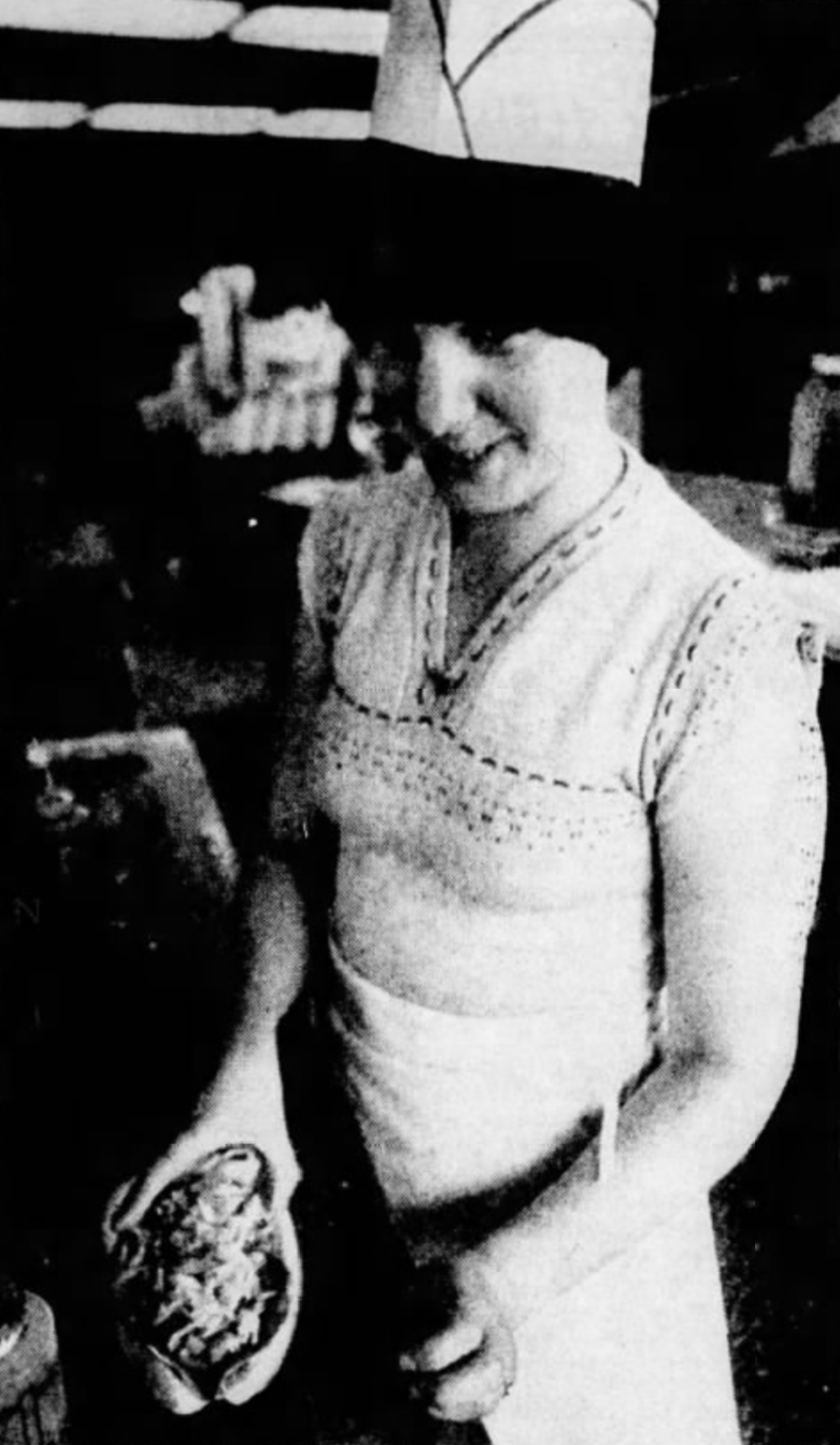 Kathy Pichler makes a sub sandwich at the Rendezvous Steak Shop in 1978.

With the announcement this week that Rendezvous Steak Shop, a longtime downtown take-out staple, was set to close by the end of the year, we decided to take a look through the LNP | LancasterOnline archives to see what memories we could unearth about this local favorite spot.

We looked at articles, old photos, ads - whatever we could get our hands on.

Here's what we found.

Rendezvous Steak Shop, opened in 1951, to close in Lancaster; 'they're just the best damn cheesesteaks'

The newspapers' first reference to the
shop was on April 17, 1951

The above legal notice appeared in the New Era, announcing that the name Rendezvous Steak Shop had been registered in Harrisburg, and that the business was planned to open at 242 W. King St.

This small ad didn't say much, but it already began to establish the reputation the Rendezvous would eventually have as a great place for a late-night shack. "For a treat after the movies," the ad says, and goes on to tout the fact that the shop is open "every evening."

Not much appears in the LNP archives about the Rendezvous softball team, but on Aug. 20, 1960, the Intelligencer Journal published this brief item, which reported the defeat of the Beer Barons at the hands of the Rendezvous team. The Rendezvous pitchers were none other than "Beans" Gaspari, aka shop owner Romolo Gaspari, and his brother Roger.

'They put my senior high school picture up on the wall': Readers mourn the closing of Rendezvous

In 1965, the Rendezvous claimed to
have "the only real Italian pizza" in town

This ad from October, 1965, touts the fact that the owners recently took a trip to Italy and returned with a bunch of new authentic recipes. though the Rendezvous was known as a steak shop, its owner was clearly proud of their pizza as well.

In 1978, an Intelligencer Journal writer spent a whole day working at the Rendezvous

Nancy Rogers helped out at the sub and pizza shop for a day, learning to stretch pizza dough, chop onions and work a fast-paced lunch counter. She spent the day under the watchful eye of Salvatore Lucidonio, a jack-of-all-trades who kept the shop running.

Check out the full account of her experience here.

That 1978 article also contained some old prices - so let's reminisce

They used to give away giant Christmas stockings

From at least 1980 through 1983, the Rendezvous held drawings for three giant Christmas stockings each year. Ads appeared in all of the Lancaster newspapers promoting the contests for those years.

Do you have your own memories of the Rendezvous? Share them in the comments section, and check out other local residents memories here.

Roger Gaspari wasn’t the one who decided to open a cheese-steak shop in the first place.

In 1969, Lancaster County had 476 unsafe bridges (Plus: A look back at Long's Park) [Lancaster That Was]

Excerpts and summaries of news stories from the former Intelligencer Journal, Lancaster New Era and Sunday News that focus on the events in th…