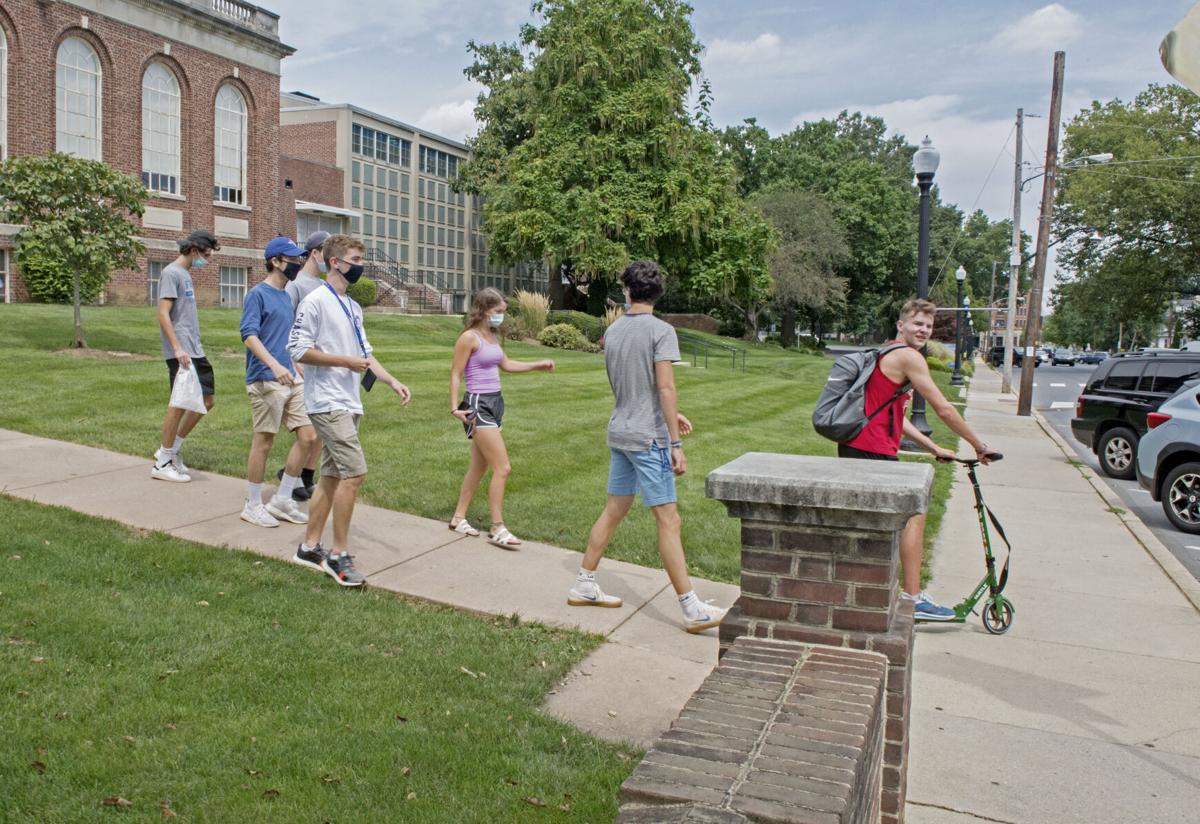 Students walk on the College Avenue side of the Franklin & Marshall College campus Wednesday, Aug. 26, 2020. 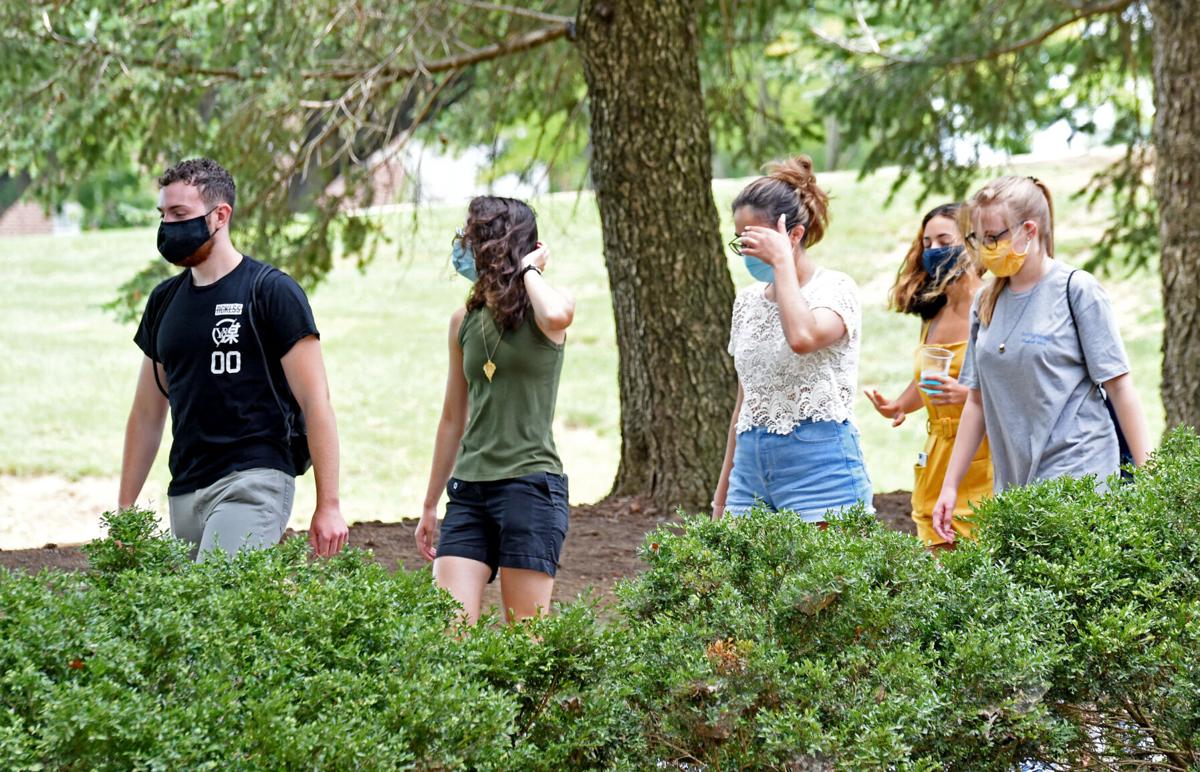 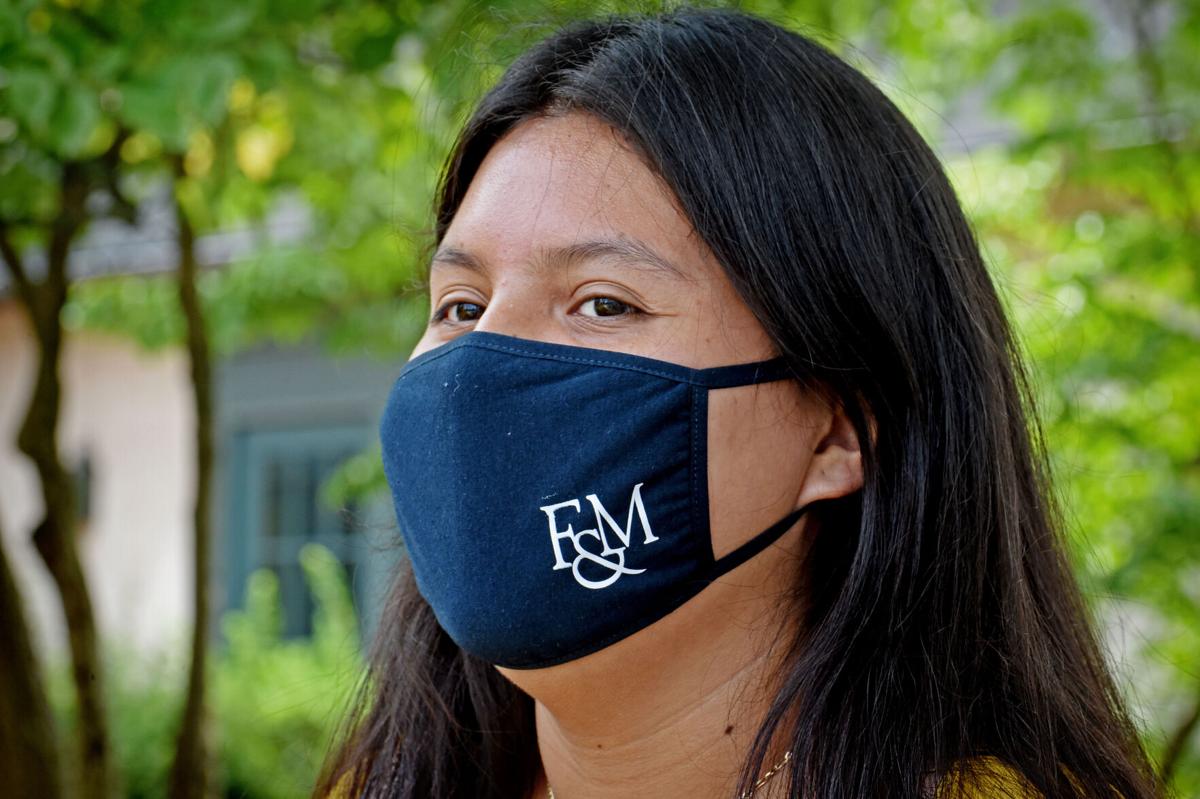 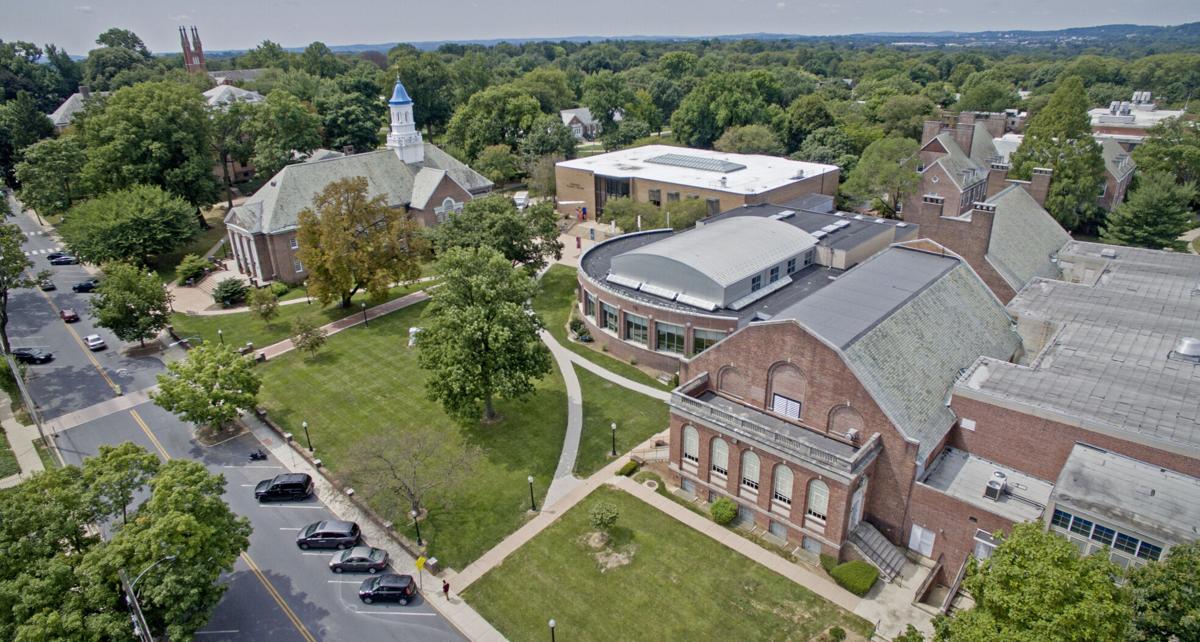 This is an aerial view from the College Avenue side of the Franklin & Marshall College campus Wednesday, Aug. 26, 2020. 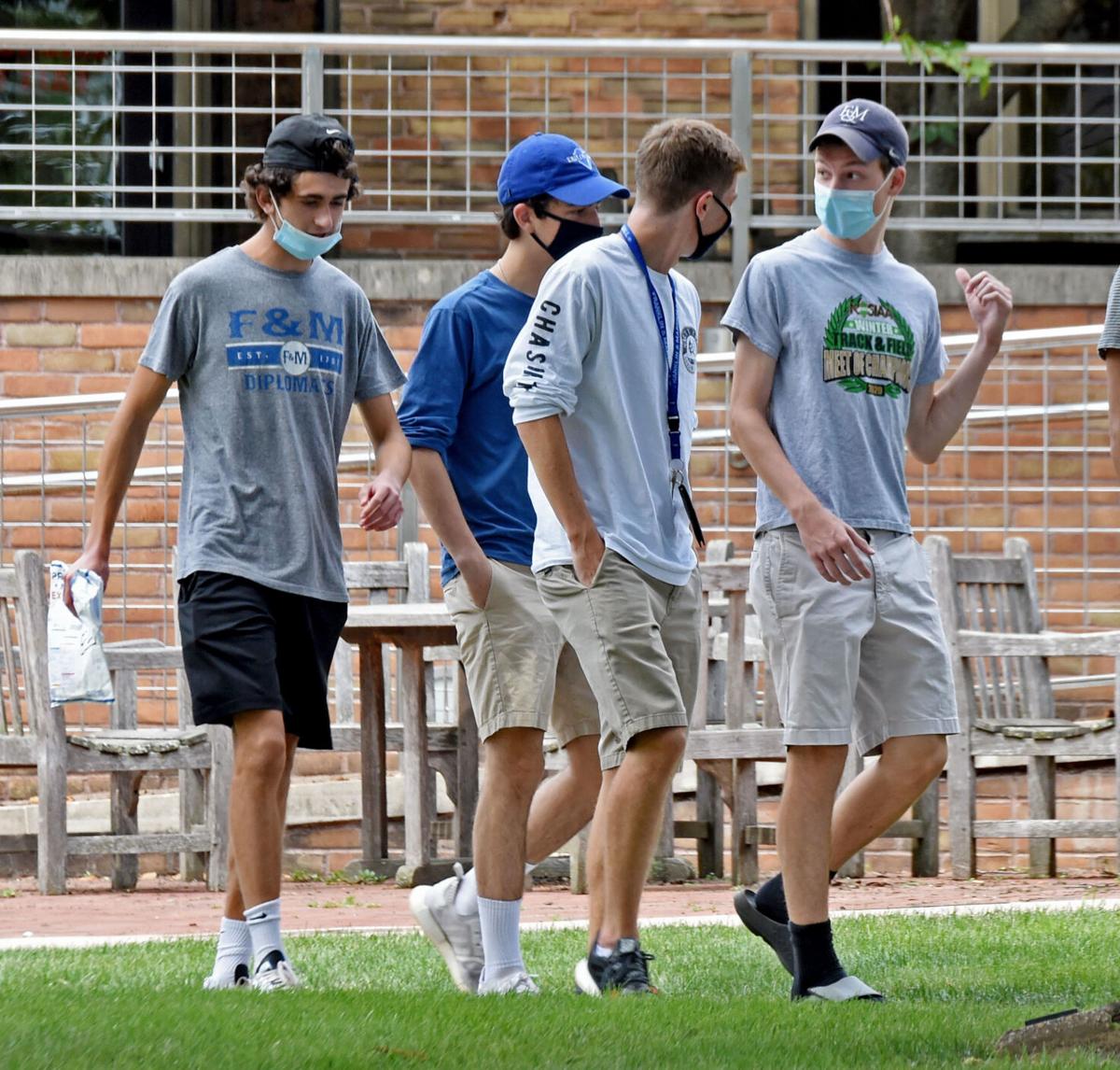 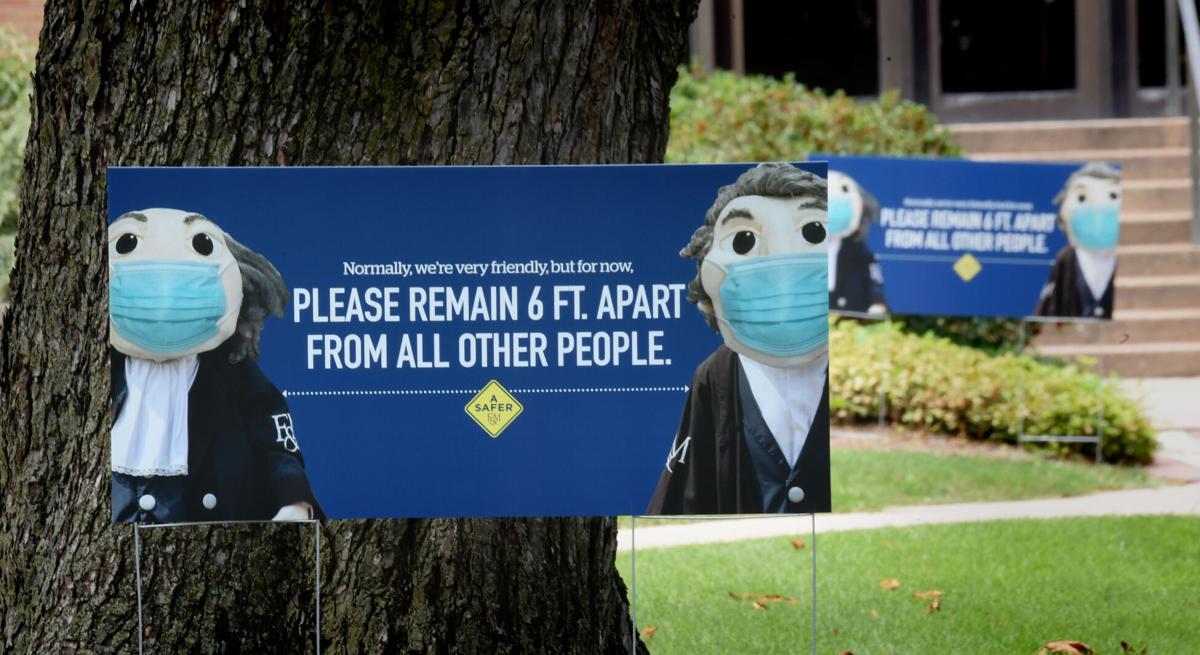 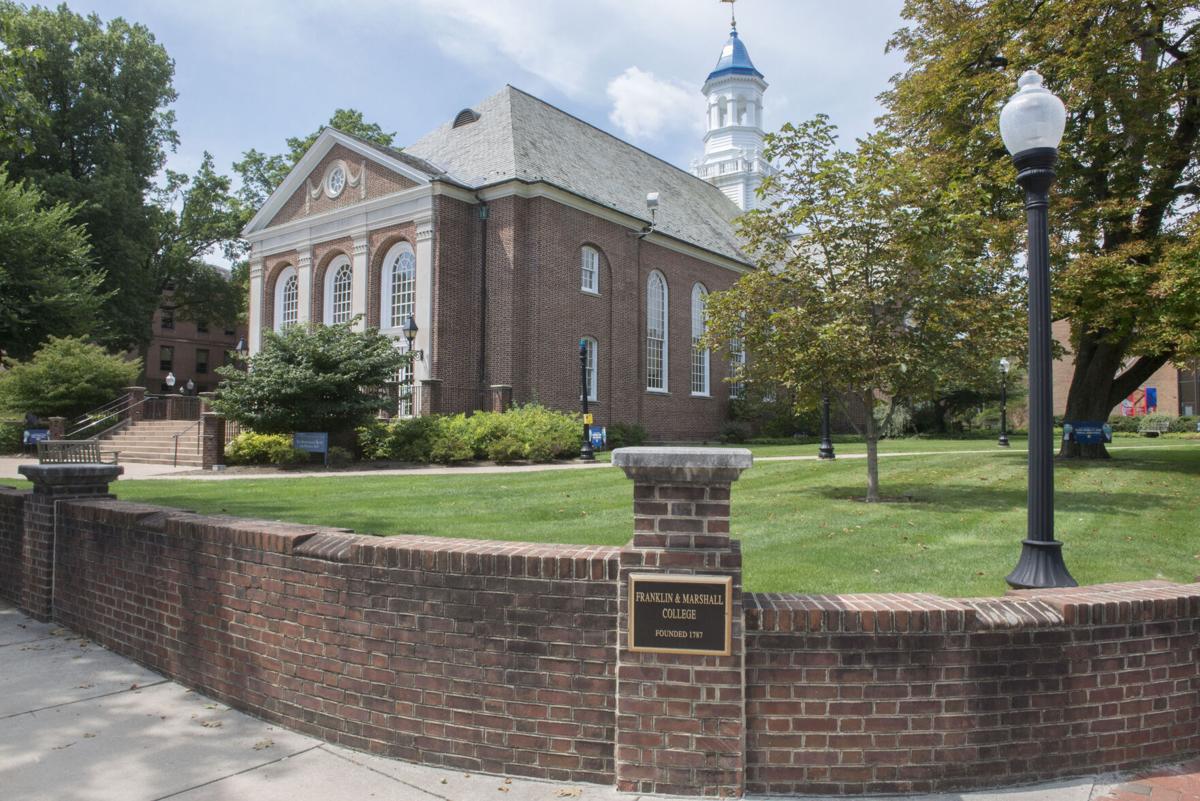 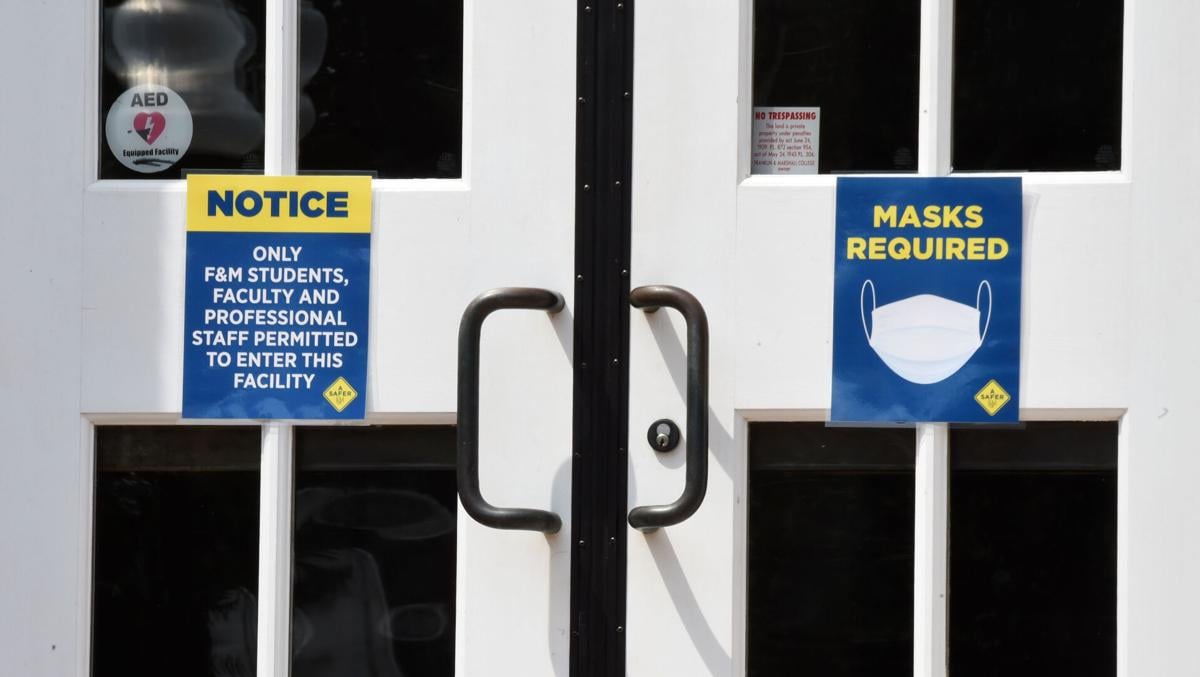 Signs on the door of Hensel Hall on the Franklin & Marshall College campus alerts those entering restrictions Wednesday, Aug. 26, 2020.

Students walk on the College Avenue side of the Franklin & Marshall College campus Wednesday, Aug. 26, 2020.

This is an aerial view from the College Avenue side of the Franklin & Marshall College campus Wednesday, Aug. 26, 2020.

Signs on the door of Hensel Hall on the Franklin & Marshall College campus alerts those entering restrictions Wednesday, Aug. 26, 2020.

Two Franklin & Marshall College students and four Elizabethtown College students  (plus two who have recovered) have tested positive for COVID-19, according to dashboards released this week by both schools.

The dashboards, released Tuesday and Wednesday, respectively, show how many students have been tested, how many have tested positive, how many students are quarantined and more. They offer perhaps the most comprehensive collections of COVID-19 data among Lancaster County colleges.

Lancaster Bible College is the only other college here to publish its own COVID-19 data. Lancaster Bible’s data showed no confirmed cases among 1,231 students and employees.

The differences highlight the varied approaches colleges are taking with COVID-19 testing and transparency amid a pandemic already full of unknowns and unpredictability.

F&M’s dashboard, which will be updated every Tuesday afternoon, establishes four alert levels — low, moderate, high and very high. In the low alert level, a vaccine or effective treatment allows the college to ease restrictions. At very high, students are sent home immediately and only essential staff remain on-campus. F&M is currently in the moderate phase, in which the college remains open with risk-mitigation strategies in place due to a “manageable” number of positive cases.

The dashboard, as well as the college’s protocol for quarantining and isolating students, can be found here.

Of the two students who tested positive, one is isolating at home, and the other is isolating on campus. Six additional students, who are at-risk and awaiting test results, are quarantined on campus. Another is quarantined at home. No student is being hospitalized.

Those who test positive are expected to isolate for two weeks. Only after a negative test will the students then be allowed to return to campus, F&M spokesman Pete Durantine said.

Isolation is different from quarantine. During quarantine, the college’s website states, students can leave their rooms to use the bathroom, retrieve meals (that are dropped off in the hallway) or in case of an emergency, and only if they are social distanced and masked. Those in isolation are not supposed to interact with anyone, even at home. F&M has specific isolation housing for students who test positive.

No other details regarding positive student tests will be released other than what’s on the dashboard, Durantine said.

As for the tests, he said, they require a swab of each nostril, and results are returned within 48 hours. After an initial round of universal testing on campus, 20% of students on a rotation will be tested every two weeks.

The college also will test the wastewater on a weekly basis, Durantine said. The Centers for Disease Control says on its website that wastewater surveillance is a method for early detection of a potential virus outbreak.

In addition, Durantine said, every student, faculty member and staff member receives a health screening via email asking about possible COVID-19 symptoms, possible contact with someone diagnosed with COVID-19, recent travel and other general health questions. Completion of the screening is required in order to enter campus, Durantine said.

At Elizabethtown College, which is also at the moderate alert level, 516 students were tested as of Wednesday. Six students have tested positive, according to the school’s data. Two of the students who tested positive have recovered.

Four students who might be at-risk are in quarantine, and the four who are currently positive are in isolation, the data shows. Of those, one student is quarantining on campus and another is isolating on campus in the college’s designated residence hall, college spokeswoman Keri Straub said. The other six are at home.

Straub said only first-year students, new transfer students and a group of student leaders have been tested. Seniors will be tested when they arrive on campus Sept. 4 and 5; sophomores and juniors arrive Sept. 17, 18 and 19, she said.

After the initial round of testing, students will be tested as needed, Straub said.

Elizabethtown’s dashboard, which can be found here, will update every Monday.

The college, Vice President Lee DeRemer said in an email, “is utilizing daily temperature checks, employing the LiveSafe app and requiring face masks on campus,” in addition to social distancing and added cleaning and disinfecting measures.

Similar precautions have been implemented at colleges countywide. College officials also say they teamed up with the Pennsylvania Department of Health for contact tracing.

Universal testing, however, isn’t common outside of Franklin & Marshall and Elizabethtown. Officials elsewhere told LNP | LancasterOnline that the Centers for Disease Control and Prevention did not recommend universal entry testing on-campus.

Millersville University will be conducting tests on a case-by-case basis under the guidance of its health-services experts, spokeswoman Janet Kacskos said. However, the university is still waiting for testing supplies, Kacskos said.

The university’s incident-management team is meeting today and will discuss how it will share information on positive cases via the website, Kacskos said.

Millersville notified the campus community Friday of its first confirmed COVID-19 case of the fall, a student-employee who lives off-campus.

Thaddeus Stevens spokeswoman Ann Valuch confirmed there were no positive cases at the college on Wednesday. The technical school, she said, has not “established a publicly viewable dashboard, but we do have clear communication protocols with faculty, staff, students and families should a concern arise.”

Public may not be notified when a Pa. student tests positive for COVID-19; here's why

The Pennsylvania Department of Health, which has been responsible for sharing COVID-19 data across the state, says it’s still working on protocols to track cases by school district, raising questions over how quickly parents will learn about cases that could impact their families.

A variety of items seized by the Lancaster County Drug Task Force will be up for auction on Saturday, Sept. 19.

How many COVID-19 cases would it take for Lancaster County college campuses to close? It's complicated

With colleges across the country — including Bloomsburg University, one of Millersville University’s sister schools in the Pennsylvania State System of Higher Education — shifting completely to remote instruction because of COVID-19 outbreaks, it raises the question: Will that happen here?

Six additional students total at Millersville University and Franklin & Marshall College have tested positive for COVID-19, according to new data shared by both colleges.

Four Franklin & Marshall College students have tested positive for COVID-19, and seven additional students are at-risk and awaiting test results in quarantine. Students on campus, however, told LNP | LancasterOnline Friday morning that they’re not bothered by what they say is a small number of cases on campus during the first week back.