Dr. Earl M. Weber, 93, of Lititz, died peacefully at his home on October 21, 2015. Born in Brecknock Township, he was the son of the late Harry and Annie (Good) Weber and in June he and his wife, Margaret E. (Bowser) Weber, celebrated their 30th wedding anniversary.

As a World War II veteran, he served in the United States Navy as a flight mechanic in the European and North African Theatre of Operations.

Earl joined the teaching staff at Millersville in 1960 as an Industrial Arts Professor and later served as Chairman of the Industrial Arts department and Dean of Graduate Studies program prior to his retirement in 1978.

Earl was a skilled weaver and woodworker, who through the years made furniture for his home, toy trucks and cranes for his grandchildren and intricate woven shawls and blankets.

A past president of the PA Morgan Horse Club, Earl enjoyed driving with his Morgan horses in competition and shows and was a 4-H leader, helping young people to learn about carriage driving.

In retirement, he took up writing as a hobby. He wrote primarily children’s stories and one of his stories about living on a farm during the Great Depression “Waste Not, Want Not”, was published in Highlights Magazine.

He was a driver for Meals on Wheels, board member for the Lancaster County Association for the Blind, past president of the American Industrial Arts Association and a member of the Lititz Lions Club and Young Mens Business League.

He is preceded in death by his first wife, Edith “Jackie” Kreitz Weber (1984), daughter, Nancy E. Weber, and his brother, Eugene Weber.

Family and friends are invited to St. Paul’s Episcopal Church, 90 S. Charlotte St., Manheim on Wednesday, October 28th, for a visitation from 3 to 5 p.m. and Memorial Service at 5 p.m., with the Reverend Canon Peter Greenfield officiating.

Donations in memory of Earl may be made to the Lititz Public Library, 651 Kissel Hill Road, Lititz, PA 17543.

Please visit: www.richardheiseyfuneralhome.com to send online condolences to the family.

Plant a tree in memory of Earl Weber
A living tribute » 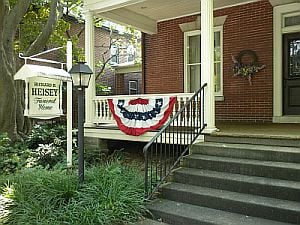