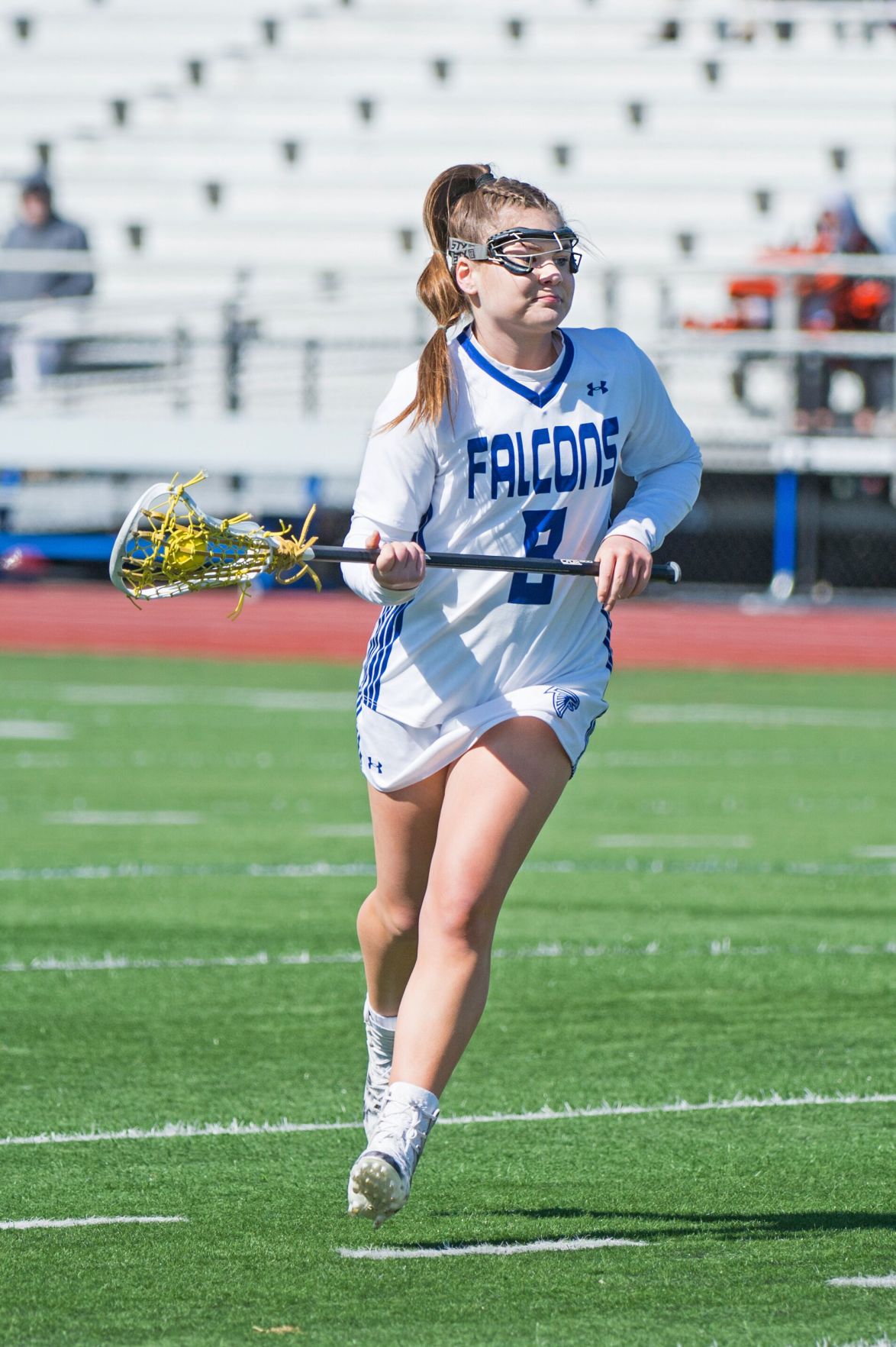 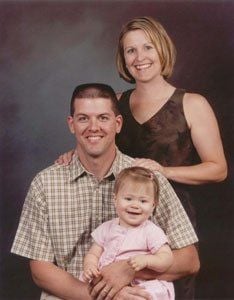 Kendall Wise was 22 months old when her father, Michael, was killed in the line of duty on June 5, 2004.

About 20 police officers from the Reading Police Department showed up in support of Kendall Wise at Senior Night of Cedar Crest's final football game of the 2019 season. 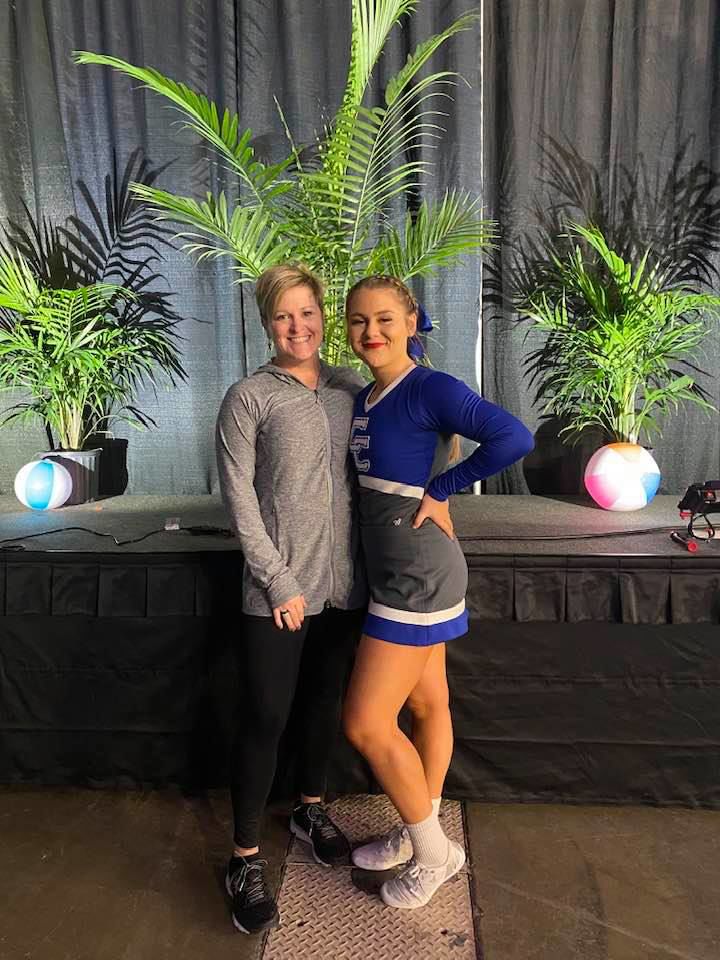 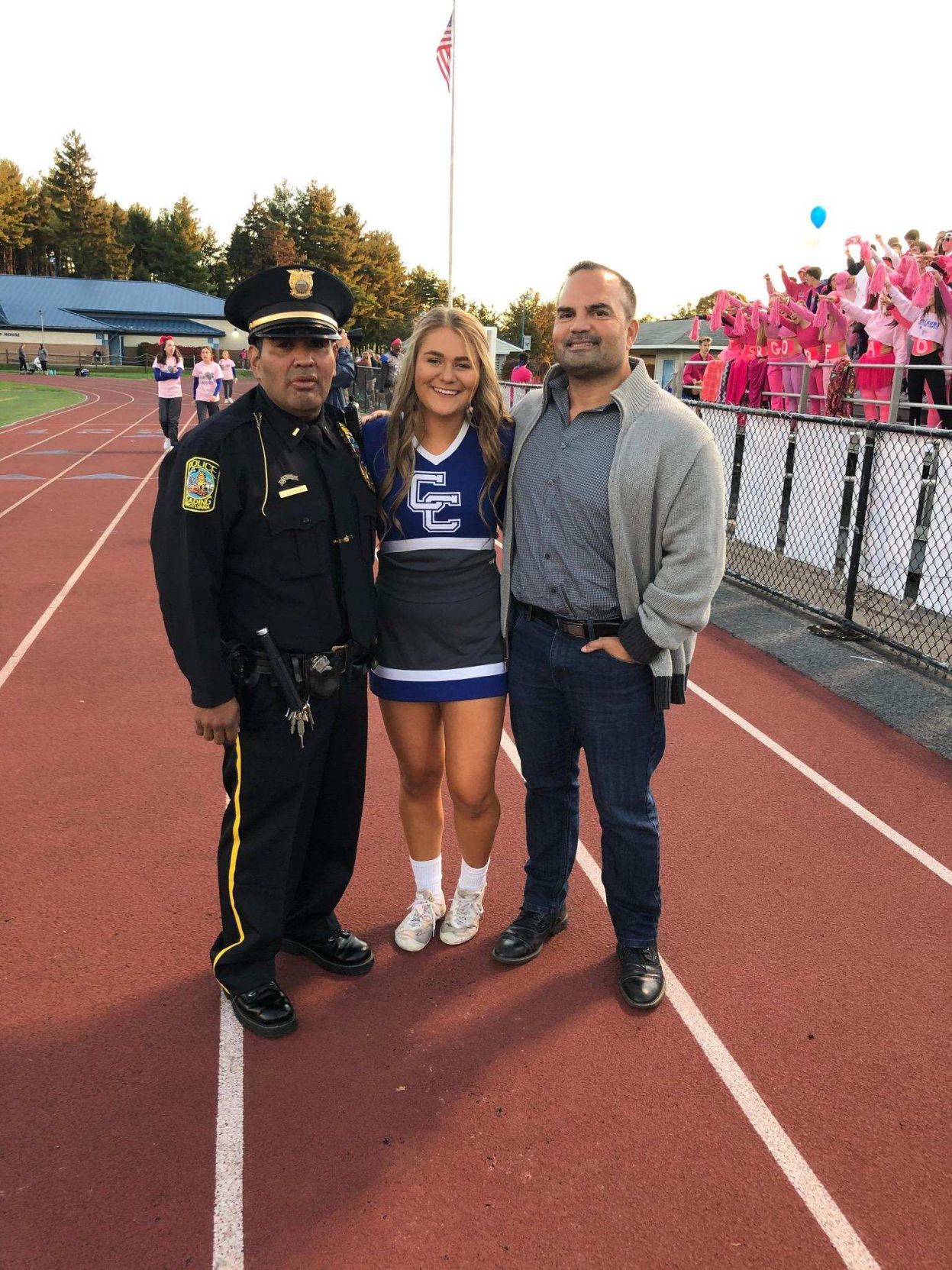 Reading police officer Lance Lillis, left, and retired police officer Israel Gonzalez with Kendall Wise on Senior Night of the Cedar Crest football game. Lillis and Gonzalez were with Kendall’s father, Michael, on the night he was killed 16 years ago. Photo taken Oct. 18, 2019.

About 20 police officers from the Reading Police Department showed up in support of Kendall Wise at Senior Night of Cedar Crest's final football game of the 2019 season.

Kendall Wise was just 22 months old when her father, Michael Wise, was shot and killed while in the line of duty as Reading police officer the night of June 5, 2004.

But Kendall Wise, now a senior at Cedar Crest High School, wants you to know her father’s death doesn’t define her.

“I don’t want to be the girl who had her dad pass away,” she said. “The things I do for him is my career.”

Those career pursuits are in law enforcement, following in her father’s footsteps.

“I’ve always been told by my family, ‘Law enforcement is in your blood,’” Wise said. “It’s not only being able to do something my dad did and feel that connection, but helping other people like he did is something I’m meant to do.”

More on that in a bit. Because first you should know about Kendall Wise’s lacrosse journey, which only began through a separate tragedy, when Ian Smith, the brother of a friend, died in a car accident Nov. 9, 2016.

A Falcons lacrosse player and member of Cedar Crest’s graduating Class of 2017, Smith was only 17.

“I decided to play (lacrosse) my freshman year in memory of him,” Wise said. “I didn’t publicly say, ‘This is why I’m going to do this,’ but to him and his family this is the small thing I’m going to do for him.”

Wise made the junior varsity team as a freshman in 2017, and the varsity team the next year as a sophomore in 2018. But Cedar Crest’s new varsity coach, Anthony Sinico, didn’t have high expectations for Wise, at least initially.

“You won’t start right away,” Sinico told her. “But you’ll be on varsity for me.”

Then Falcons starting attack Maya Reed went down with an ankle injury early in the season, and Wise was inserted into the starting lineup in the second game of that 2018 campaign. She has started ever since.

However, Wise nearly gave up the sport after an unsuccessful tryout for a local club lacrosse team for the fall 2018 season, in part because her participation was limited after overcoming bronchitis.

“It was a huge blow,” said Denise Brandt, Wise's mother. “But I’m glad it happened. It was a huge life lesson. She always got great grades in school. She was never fired from a job, never kicked off a team. As much as that was painful for her to go through, she needed to go through it in order to make her a stronger person.”

A cheerleader since eighth grade, Wise was cheerleading at Cedar Crest’s 2018 season-opening football game when she ran into Sinico.

Sinico, though, has known Wise for years. His daughter, Bella, has been friends with Wise since they were freshmen. And Sinico’s wife, Kelly, previously worked as a probation officer and had interacted with Michael Wise in the years before he died. As a result, Sinico felt comfortable telling Kendall Wise what he thought she needed to hear.

“I’ll show up,” Sinico responded. “And drag you to the field if you’re not there.”

“He kind of dadded me,” Wise recalled.

The next spring, she had 23 goals and seven assists for a Falcons girls lacrosse team that went 6-11. She was one of six Cedar Crest seniors, and one of eight returning starters, coming into the 2020 season.

“It sounds cliche,” she said. “And I feel like every team says this every year, but this really was going to be our year.”

Those hopes were dashed with schools closing in mid-March because of the COVID-19 pandemic, and spring sports seasons being wiped out shortly thereafter.

“I’ve tried to explain to her, ‘Yes. This is terrible and it’s not ideal that you’re missing the lacrosse season,’” Brandt said. “‘But it’s not the worst thing that’s happened to you nor is it going to be the worst thing that happens to you, and now you’re moving onto college.’”

Later this year, Wise will begin classes at Penn State University, working toward a bachelor’s degree in political science and international studies, with a minor in global security. Her goal is to one day work for the FBI’s Counterterrorism Division.

“I would never discourage her no matter how nervous I am,” Brandt said of her only child. “If it’s something she wants to do then I need to let her do it.”

So what happens if Wise one day finds herself in a shootout similar to the one that took her father’s life 16 years ago?

“My dad’s partners tell me during shootout he wasn’t flinching,” she said. “He wasn’t scared. He was there to do his job and do it honorably.”

Those partners, Israel Gonzalez and Lance Lillis, were among a group of about 20 Reading police officers who, along with a few K-9s, showed up at the Cedar Crest's Senior Night football game last fall to applaud Wise when her name was announced over the loudspeakers.

“It’s amazing that she has such a great attitude," said Gonzalez, who retired from police work in 2011. "Wherever she got that from, it's made me really happy that she's taken a positive outlook on life rather than dwell on what happened to her. ... And policing is a people-person type of job in having the right attitude and knowing how to talk to people and making them feel at ease. I think she’ll make a great police officer."

The Michael Wise Foundation was founded in 2006 to celebrate the lives of law enforcement officers and firefighters who have died in the line of duty. For more information or to make a donation, visit wisememorial.com.

More in From the Conowingo Islands to a photojournalist's career: 8 weekend reads to catch up on today (2 of 8)

The paddling lure of the Susquehanna River's mysterious Conowingo Islands

Lancaster County Coroner Dr. Stephen Diamantoni said his counts include only cases in which his office or attending medical professionals dete…

Near the end of the 2015-16 school year, Carlie Martin’s eighth-grade peers at Warwick Middle School voted for her to be the class president f…

Nearly $6,900 from US Lacrosse to elementary school, 3 youth organizations in Lancaster, Lebanon counties

Karin Hostetter had been accustomed to remote learning by the time the COVID-19 pandemic closed schools in mid-March. About a year had already…

A Manheim Township freshman in 2019, Tyler Moritzen’s high school boys lacrosse career got off to a bumpy start when he was sidelined with an …

Come with me along the back roads of Shillington Borough in Berks County. Never been here before? Neither have I. Trust the GPS. It’s taking u…

NCAA Division I college lacrosse coaches can begin communicating with high school players in the Class of 2022 beginning at 12:01 a.m. Tuesday…

Nick DiPiano’s wife, Lauren, is the Garden Spot girls volleyball coach. The DiPianos both work full-time, Lauren as a labor and delivery nurse…

Here are 5 things to watch out for in L-L League boys, girls lacrosse in 2021

After essentially two years away, Lancaster-Lebanon League lacrosse is back. The 2021 season officially begins Friday.

The 2021 high school lacrosse season official gets underway Friday. Several Lancaster-Lebanon League teams will be in action this weekend, fol…

From the Conowingo Islands to a photojournalist's career: 8 weekend reads to catch up on today

The paddling lure of the Susquehanna River's mysterious Conowingo Islands