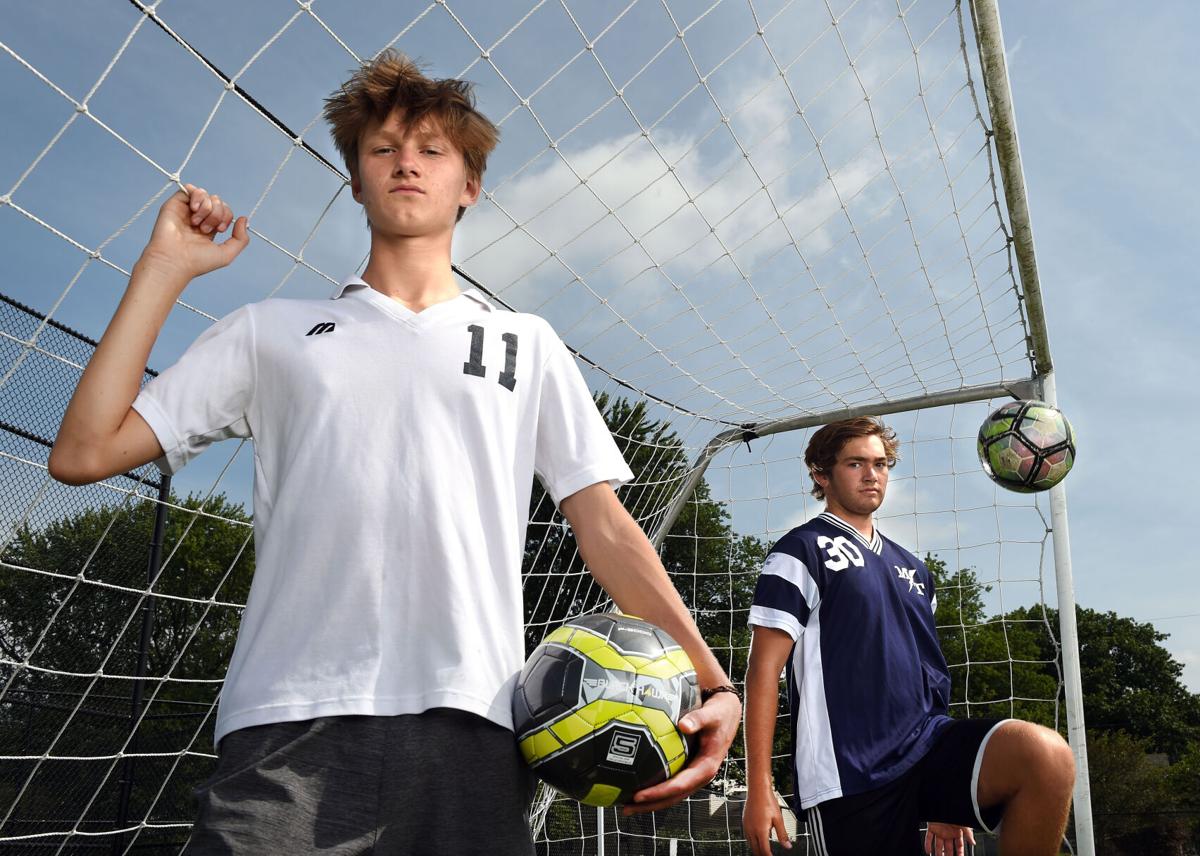 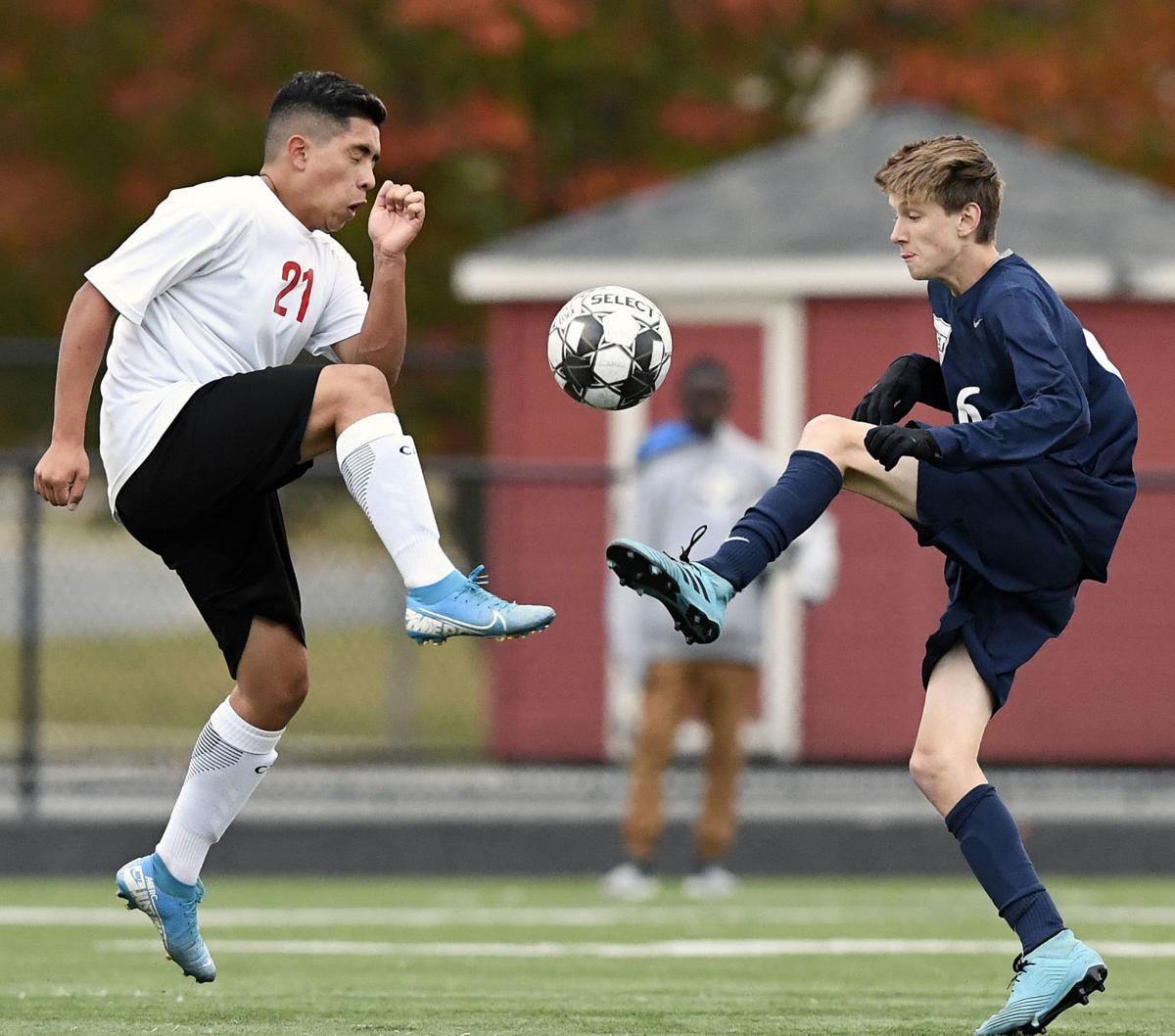 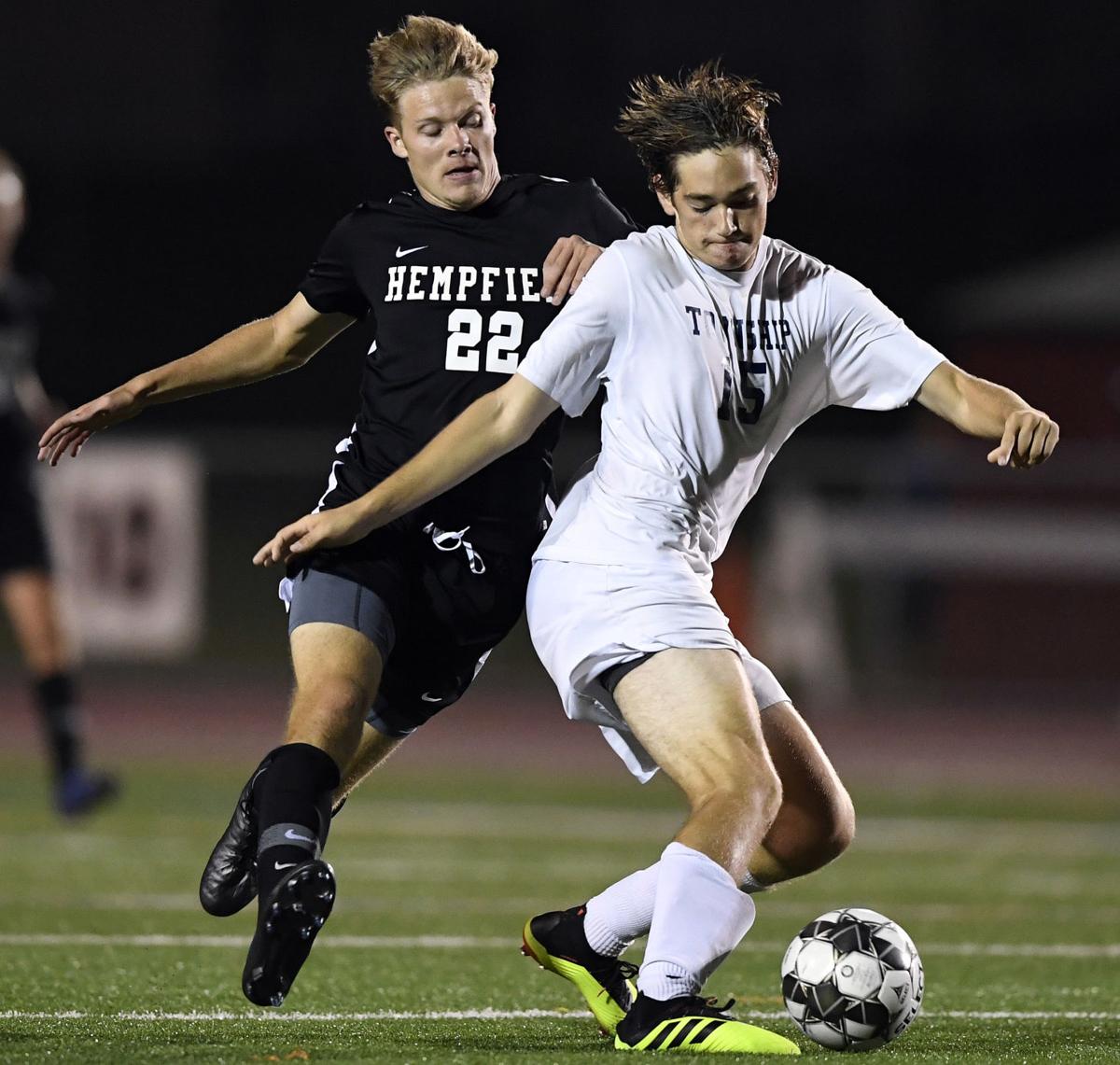 Manheim Township made a statement on the soccer pitch last fall.

A longtime Lancaster-Lebanon League powerhouse, but out of the winner's circle since 2009, the Blue Streaks reminded everyone that they've still got game, snapping their championship drought with a hard-fought 3-2 victory over McCaskey in the league's title match.

It was Township's 12th L-L crown, but first in 10 years; the Streaks' previous league championship in 2009 capped an amazing six-year run of Township titles.

“I've seen a ton of phenomenal Township teams here over the years, so it was cool to see those guys last year mentioned with those teams,” Streaks' seventh-year skipper Kevin Baker said. “We talk about tradition a lot, and the fact that there is a lot of history here. I know those guys were ecstatic about being a part of that.”

Now that the PIAA has given the thumbs-up to a fall season — albeit a shorter version — the Streaks will get a shot to defend their league title, and keep this roll going.

“We might have been slept on in years past,” Township senior defensive wiz Shane Mundorf said, “but last year we knew we had something special, and we wanted to put our name back in the hat and make a statement. This season is all about keeping it there, and cementing ourselves as one of the top teams in the league.”

With a veteran crew due back, that's certainly a distinct possibility.

Township lost just four seniors from last year's league championship club. But those four guys provided a ton of leadership and production for the Streaks: Crafty center-back Liam Wright was a first-team all-star and an all-state pick for the Section One champs, and he's gone on to Elizabethtown College; forward Colton Pierson was a first-team all-star selection; center-mid Gabe Silva was a glue kid; and outside back Matt Russinko was an academic all-star.

They'll all be missed. But here's some good news: Baker is set to welcome back more than a dozen seniors, plus a large junior class.

Their goal: Continue Township's strong soccer tradition, and once again be a factor when playoff time arrives.

Baron Nation: With season a go, Manheim Central angling for third district crown in a row

There should be plenty of motivation, too: First and foremost to defend its league crown, and Township would love a deeper postseason trip, after falling to Palmyra in the district playoffs in the last two years, including a gut-punch penalty-kick setback in 2018.

“On the back of our shirts it says, ‘Leave a legacy,’ " Township senior playmaker Moses Beers said. “And that's exactly what we'll try and do this year. We'll be good role models for the underclassmen, and hope they follow in our footsteps.”

Mundorf will certainly do his part in the back, spearheading Township's airtight defensive unit. He's a different breed, giving up his body to make tackles and clears, trying to keep opposing forwards out of the box and off the scoreboard.

“I get just as much pleasure making that last-second, crushing tackle than scoring a last-minute goal,” Mundorf said. “If I make a slide tackle in the last minute of a game when they could have scored, I get just as fired up. That's my enjoyment in the game: Stopping them from scoring rather than scoring myself.”

Township should be covered in the scoring and defensive departments moving forward.

“There was so much excitement last year, and we knew we had a chance to win it,” Beers said. “We just had to play our game. We knew what was at stake. So this year, we'll keep playing one game at a time, but we all know where we want to be at the end of the season.”

Hanging another league championship banner in the gym.

To do so, Mundorf and Beers will have to be key cogs and team leaders. Mundorf will be one of the best in the league in the back, and Beers was a double-digit goal-scorer and assist-man last fall.

“Shane is a really smart player,” Baker said. “He's calm and collected and he helps us get set up in the back. He's always composed and he knows how to lead. Moses is so creative at center-mid. He's about as crafty a player as I've seen in a long time. He brings a threat for us with his ability to pass and shoot. He'll be a really big offensive threat for us.”

With so much firepower coming back, Township will be a major threat to pick up some more gold hardware this fall.

NCAA Division I college lacrosse coaches can begin communicating with high school players in the Class of 2022 beginning at 12:01 a.m. Tuesday…

The marriage of man and moment manifested itself with time a fleeting notion.

‘Playing for each other,’ Manheim Township boys make their return to league soccer championship

The boys soccer season, unfolding in the midst of a global pandemic, featured new and unprecedented wrinkles, from temperature checks to sched…

In the 29th minute of Wednesday's District Three Class 4A quarterfinal, the command from Manheim Township goalkeeper Quinn McCarty rose above …

Throughout the boys soccer season, Manheim Township hit the notes of record familiar to a program tuned to the song of success, winning sectio…

Below is a list of Lancaster-Lebanon League boys soccer all-stars for the 2020 season. The selections were made by L-L coaches. A Player of th…