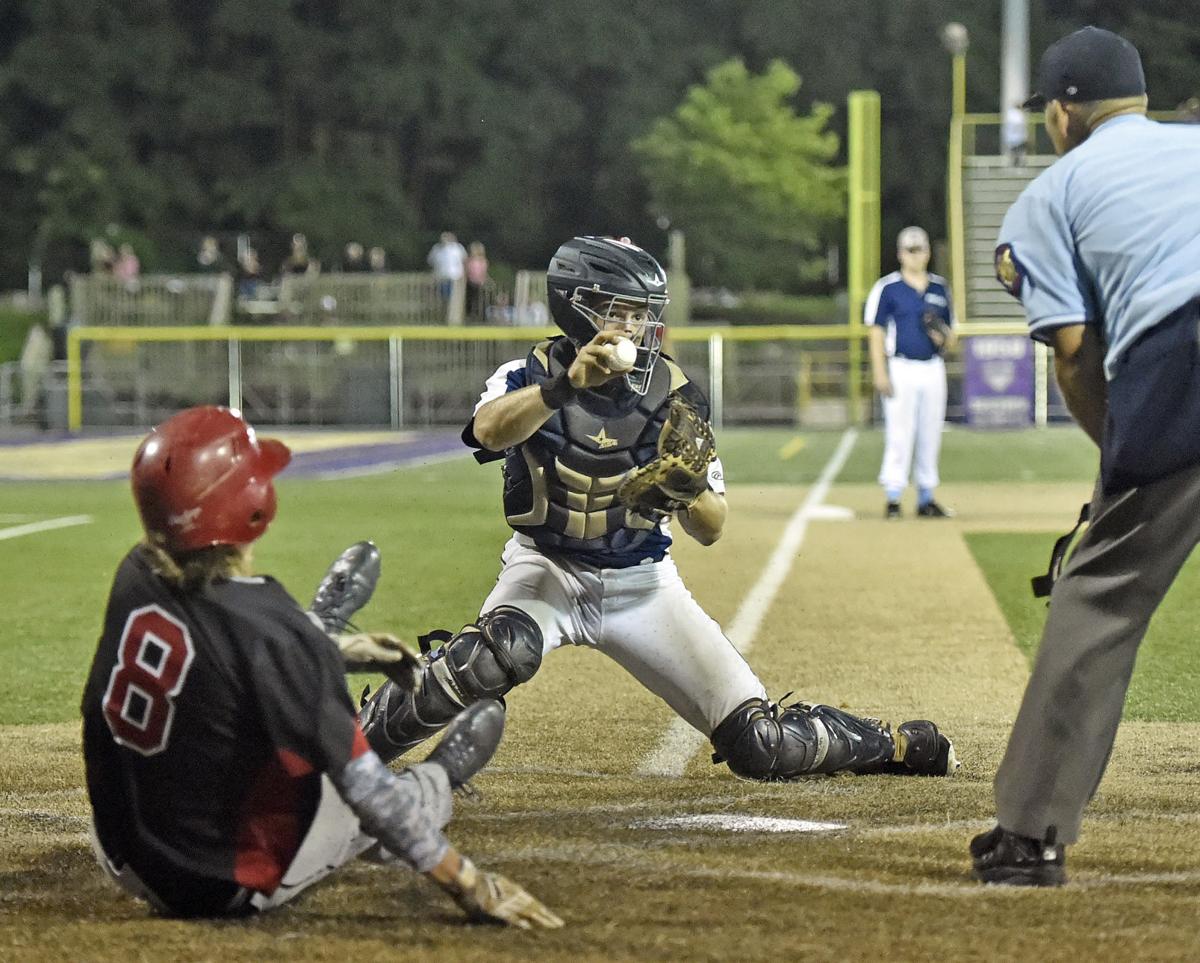 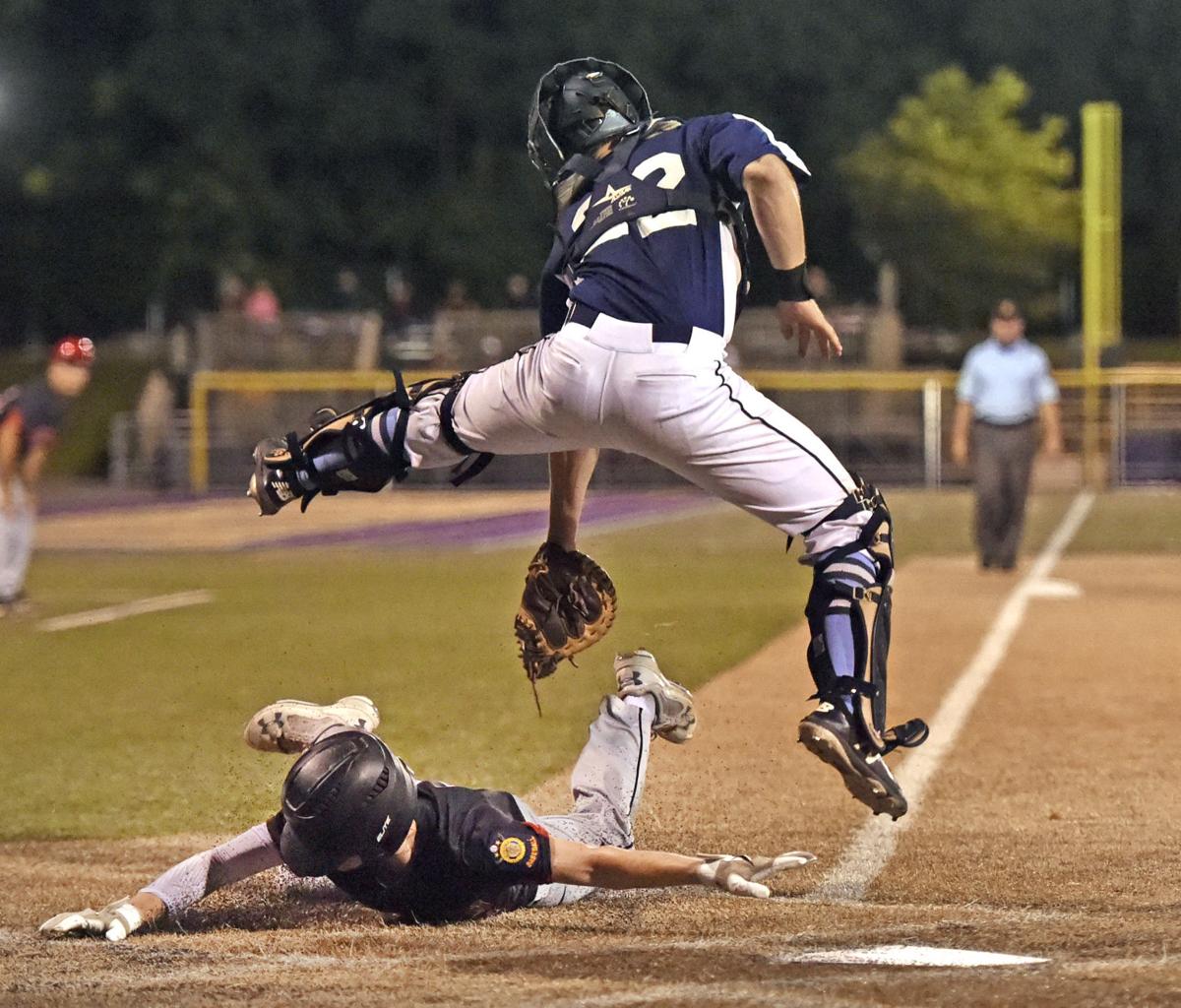 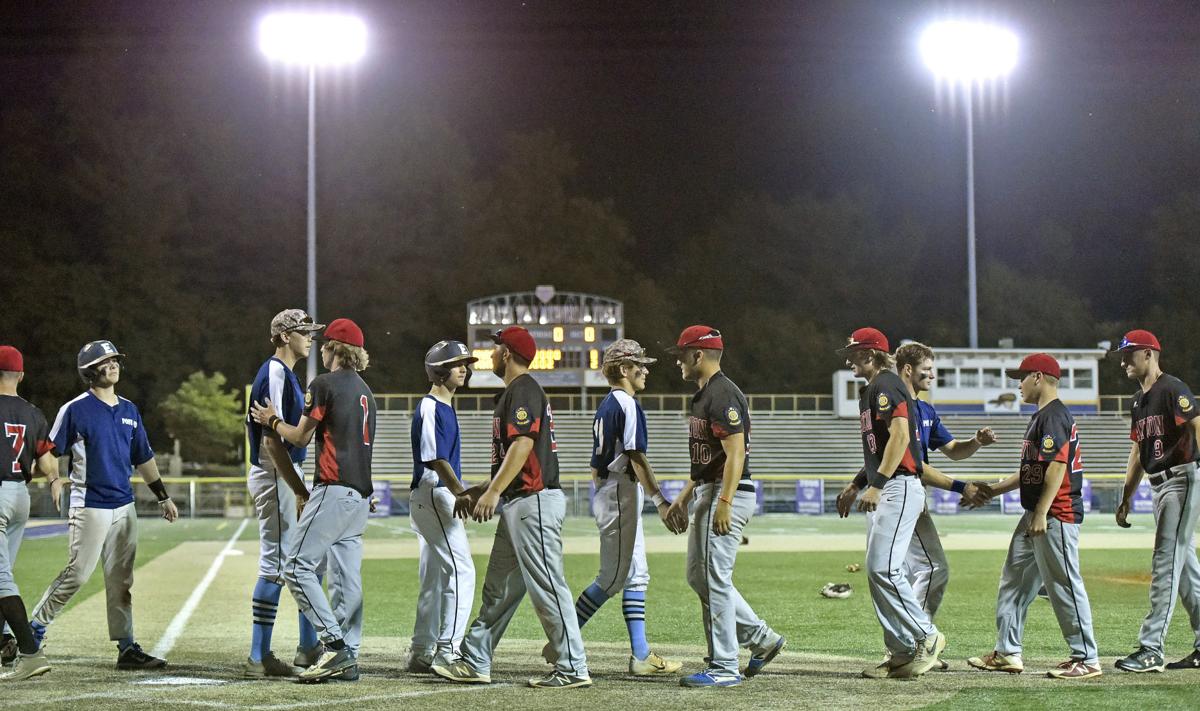 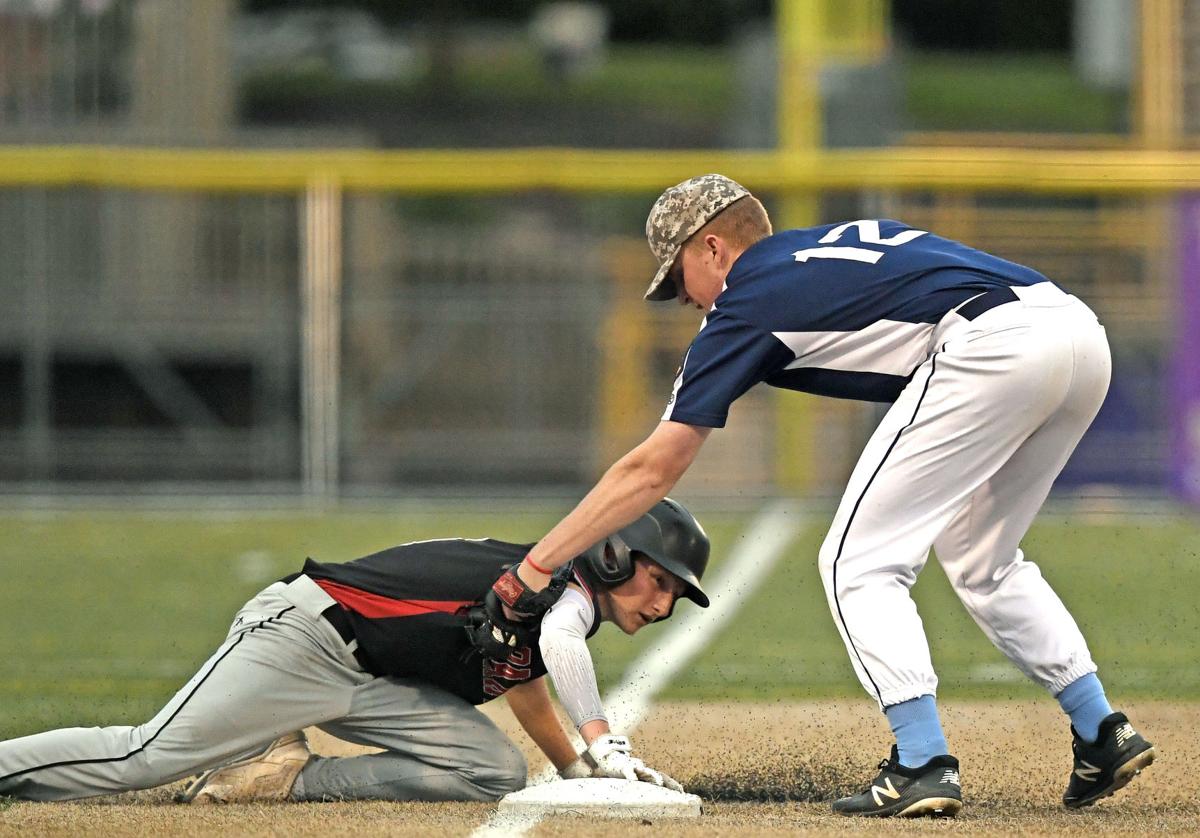 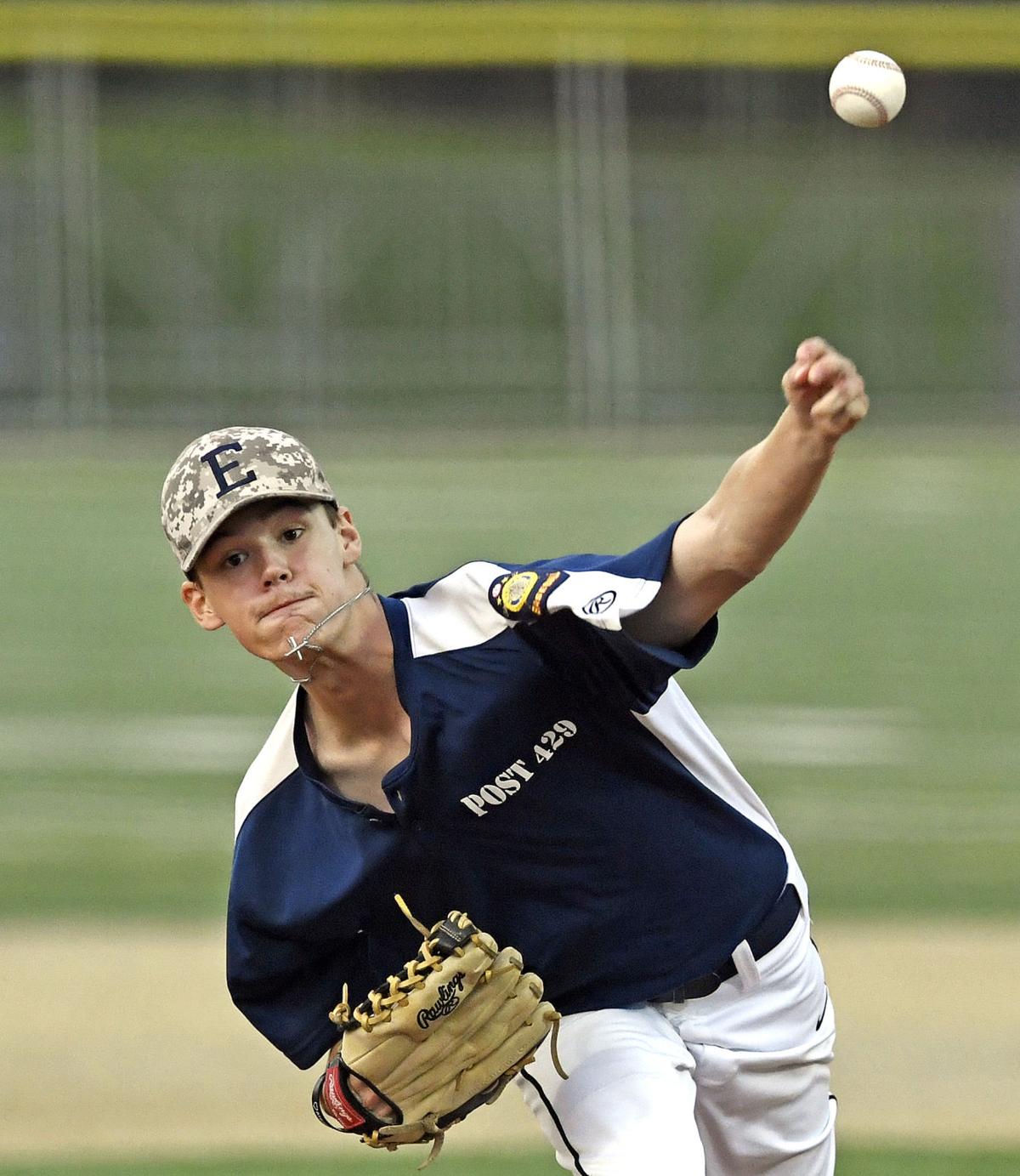 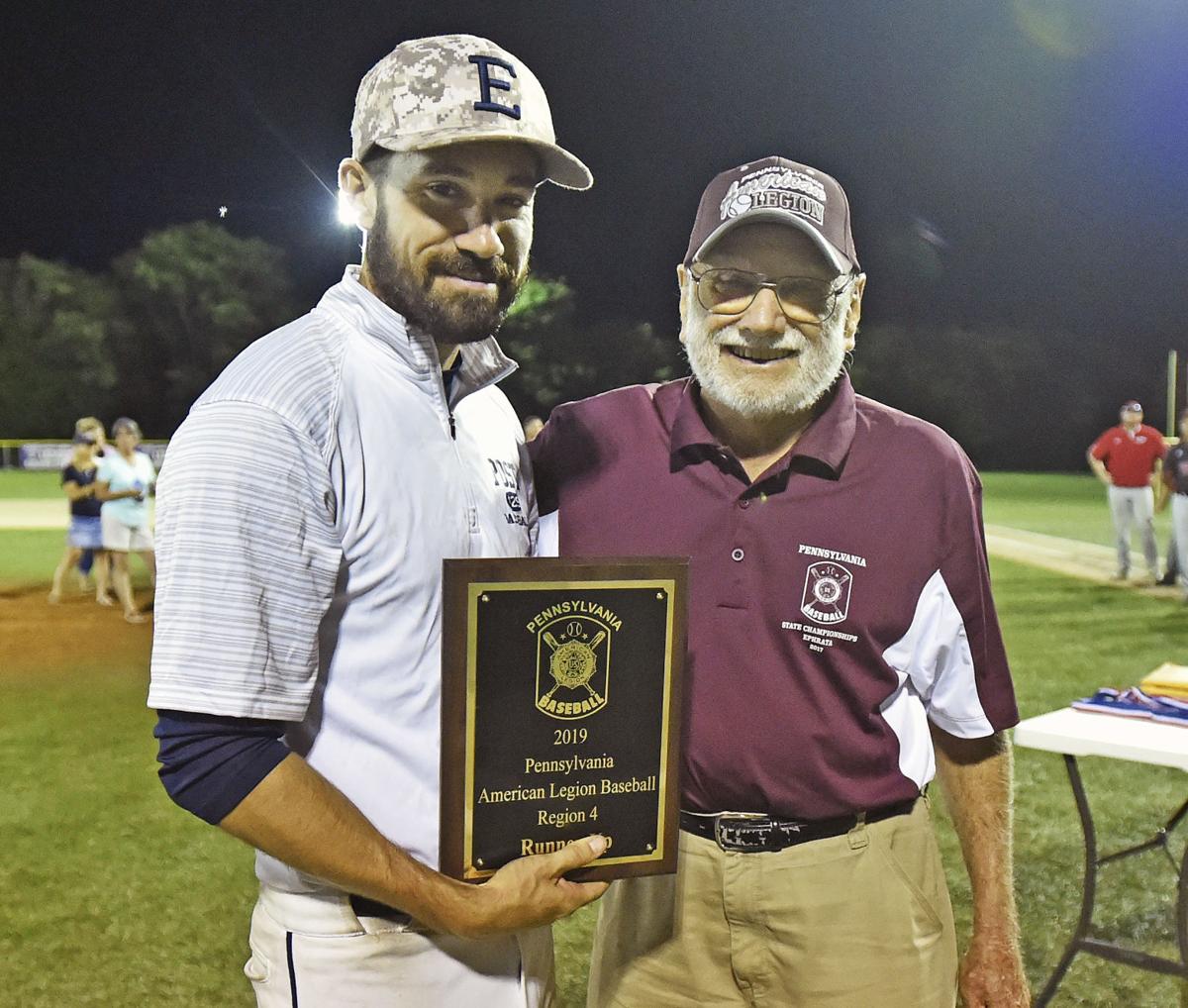 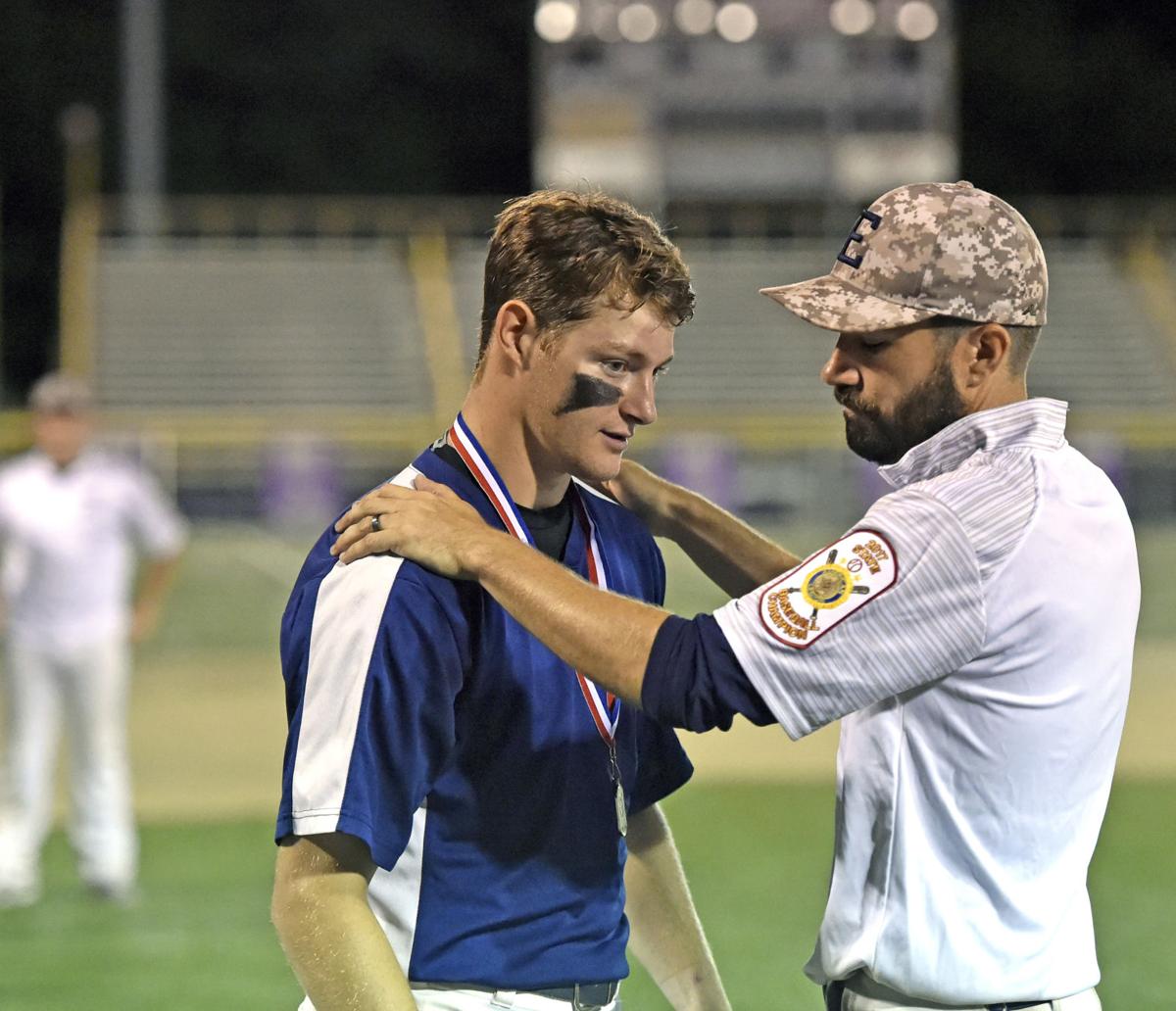 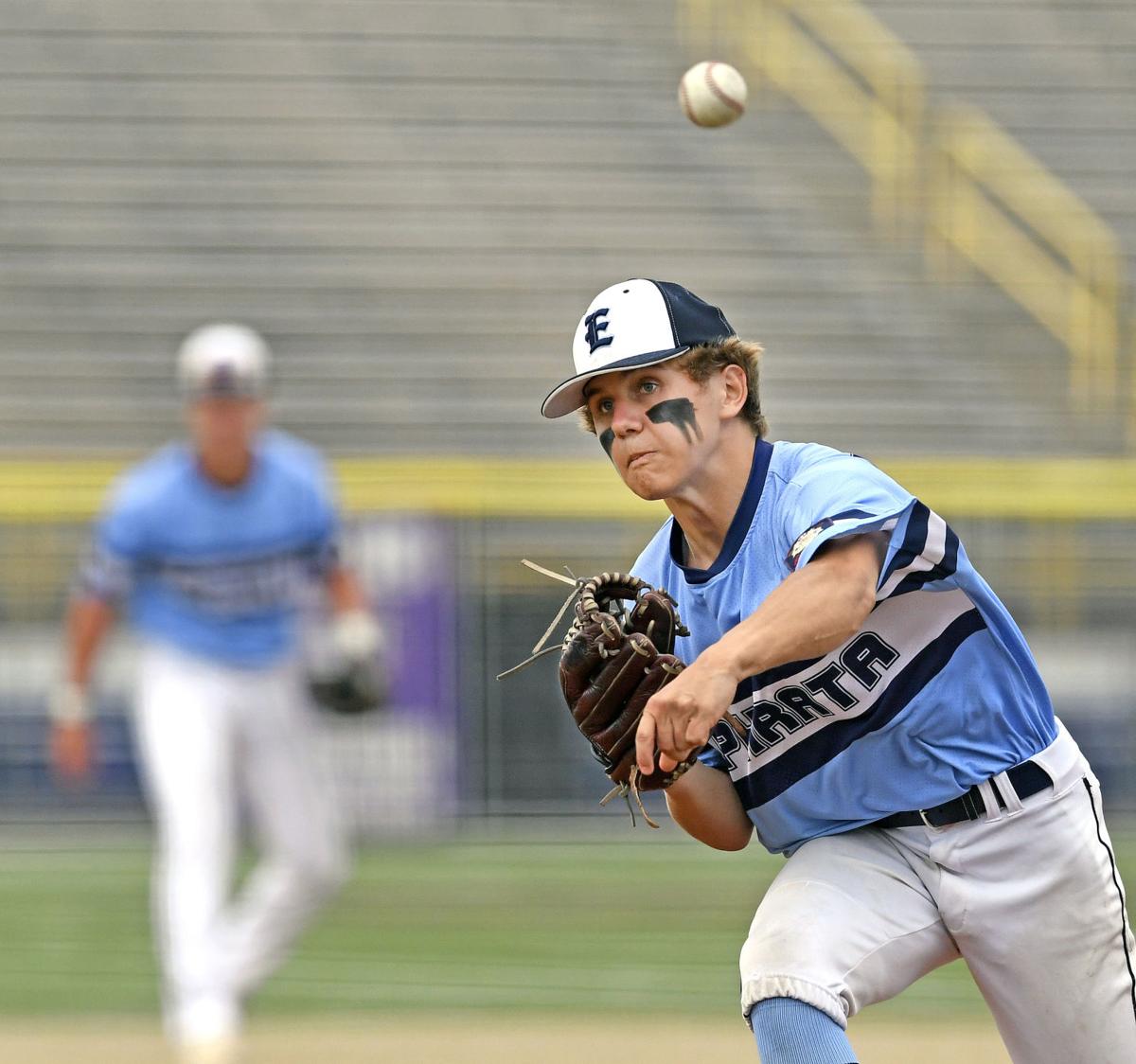 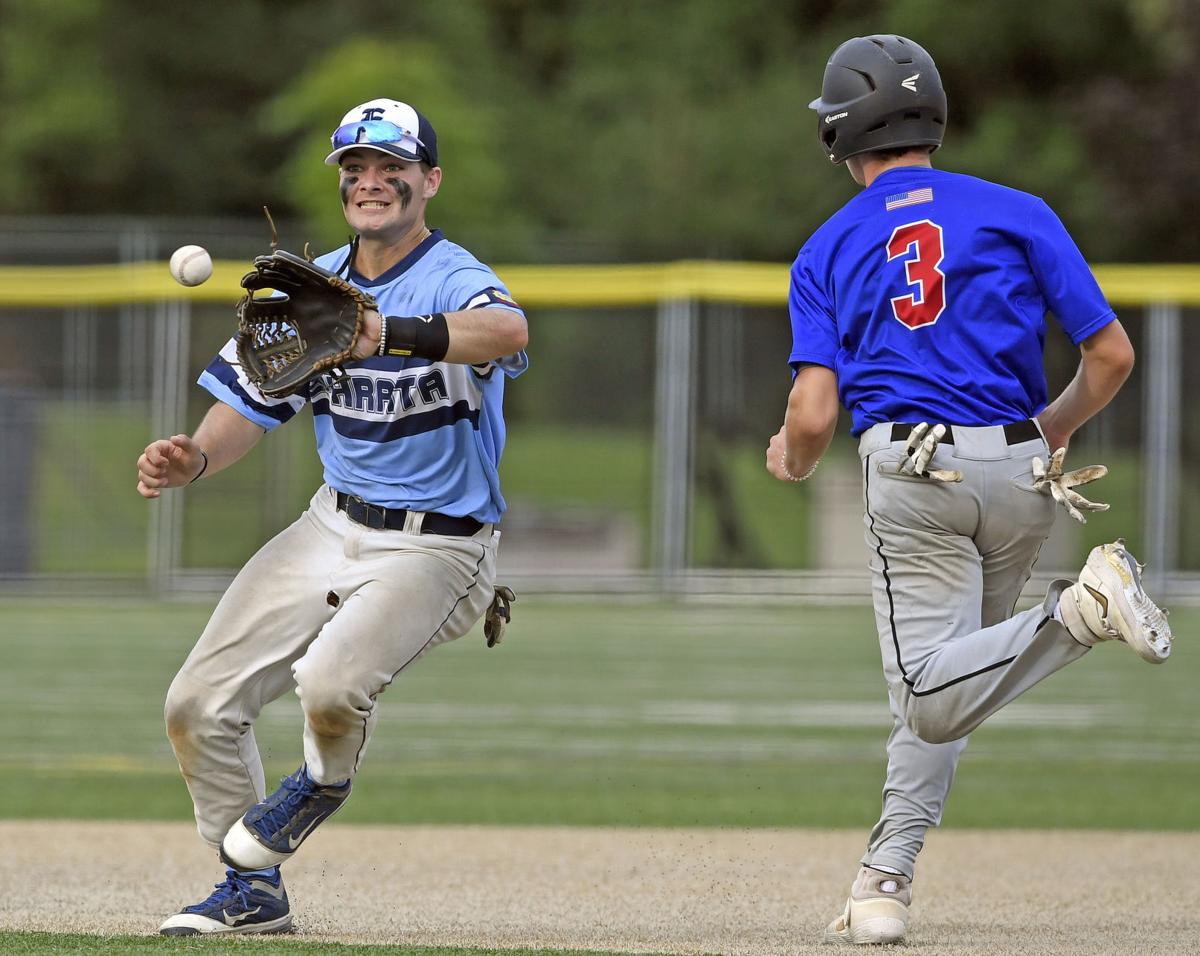 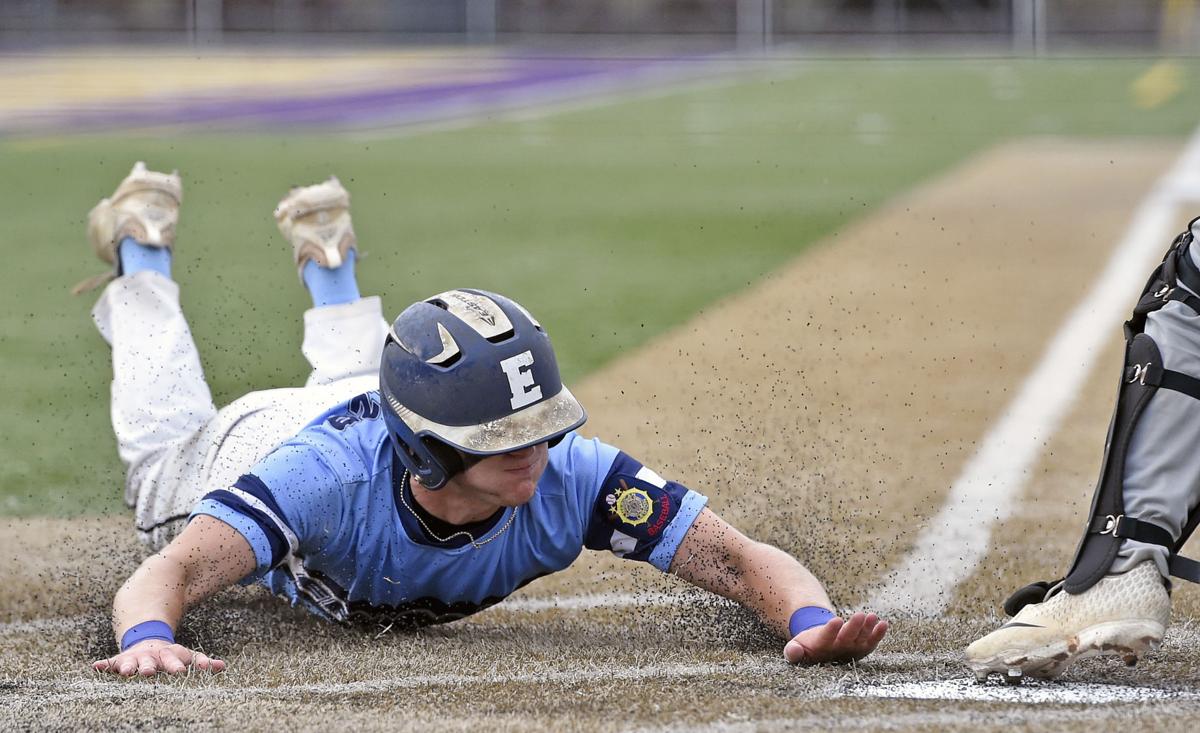 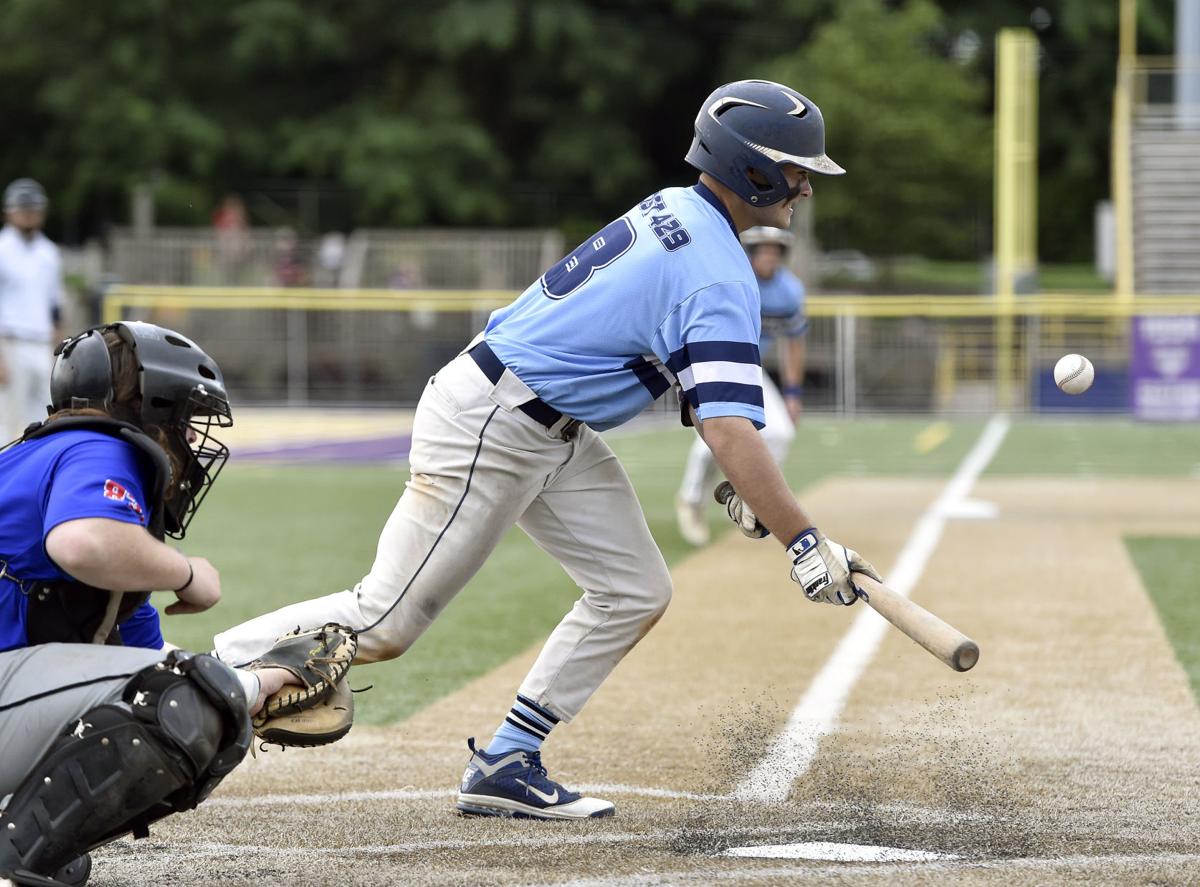 Through five scoreless innings of the Pennsylvania American Legion Region 4 championship game Tuesday night at Ephrata's War Memorial Field, the bats for Ephrata and Paxton were as silent as the flag that sat still beyond the center-field wall, yearning for a midsummer breeze.

But in the sixth inning, the Paxton bats joined the chorus of crickets and katydids, putting together two runs in a one-out rally. It complemented a one-hit gem from pitcher Ryan Shafer and earned Paxton a 2-0 victory, the Region 4 title and a berth in the state tournament.

Paxton will face Region 7 champion Hempfield East in a first-round game scheduled for 10:10 a.m. Saturday at Showers Field in DuBois.

Shafer, who surrendered the only Ephrata hit of the night to Josh Farina in the third inning, struck out six and walked two. He facilitated the winning run with a ground ball to second base that plated Ryan Murphy, who scored from third and slid under the attempted tag from catcher Ricky Bromirski. Shafer doubled the lead when he scored from second base on a double that Scotty McManamon laced into the left-field corner. It was the only blemish for Ephrata pitcher Hunter Johns, who had pitched five innings of one-hit ball and finished the night with seven strikeouts to one walk.

Paxton's Reilly Shafer puts the ball in play, and Ryan Murphy beats the throw home to give his team a 1-0 lead over Ephrata in the bottom of the 6th. pic.twitter.com/7fyadJpUQ7

"When you have pitchers that were as dominant as both of those guys were tonight," said Derek Sipe, Ephrata's coach, "it seemed that each team might get one chance. We had our one chance and didn't capitalize on it, and they ended up with once chance and did just enough to win the ballgame."

With the flag still and the insects chirping, Shafer worked out of a jam in Ephrata's half of the fifth inning, inducing a groundout from Colby Martin to strand two Ephrata runners.

"What can you say about (Reilly's) pitching?" ashed John Mazzolla, Paxton's coach. "It was tremendous. When he's on, he's locating. He's moving the ball. His breaking ball was breaking. He kept the ball down and did what he had to do. He was in control the whole game."

Ephrata puts two runners on, but Paxton's Reilly Shafer induces a groundout to end the threat in the top of the fifth. It's still 0-0. pic.twitter.com/asZfa6Ynlt

Johns matched Shafer, pitch for pitch, throughout the seven-inning standoff.

"We know, in these big games, that's what we're going to get from him," Sipe said of Johns. "You see a different level. When playoffs arrive and big games arrive, a different Hunter arrives."

Murphy had been the only baserunner Hunter allowed through the first five innings. He walked with two out in the third and tried to take third base on a ball that Joe Barbera laced into right field. Right-fielder Dagen Young, who had pitched Ephrata to a 6-2 win over Campbelltown earlier Tuesday to earn a shot at the title, launched a strike to third base, where Zac McGuillan applied the tag for the third out.

"When you have a pitcher that's throwing strikes and working quick," Sipe said, "it makes it a lot easier to play defense, and you're kind of excited to be out there."

Paxton's defense matched the effort. With Ephrata looking for a game-tying rally in the seventh, Barbera lunged from his spot at second base to soak up an infield shot hit by Ephrata's Ben Spencer before throwing to first base for the second out. Moments later, Paxton's players piled onto the pitching mount to celebrate a championship.

Paxton defeats Ephrata 2-0 for the PA American Legion Region 4 title and a berth in the state tourney. pic.twitter.com/FfVu4fXQSF