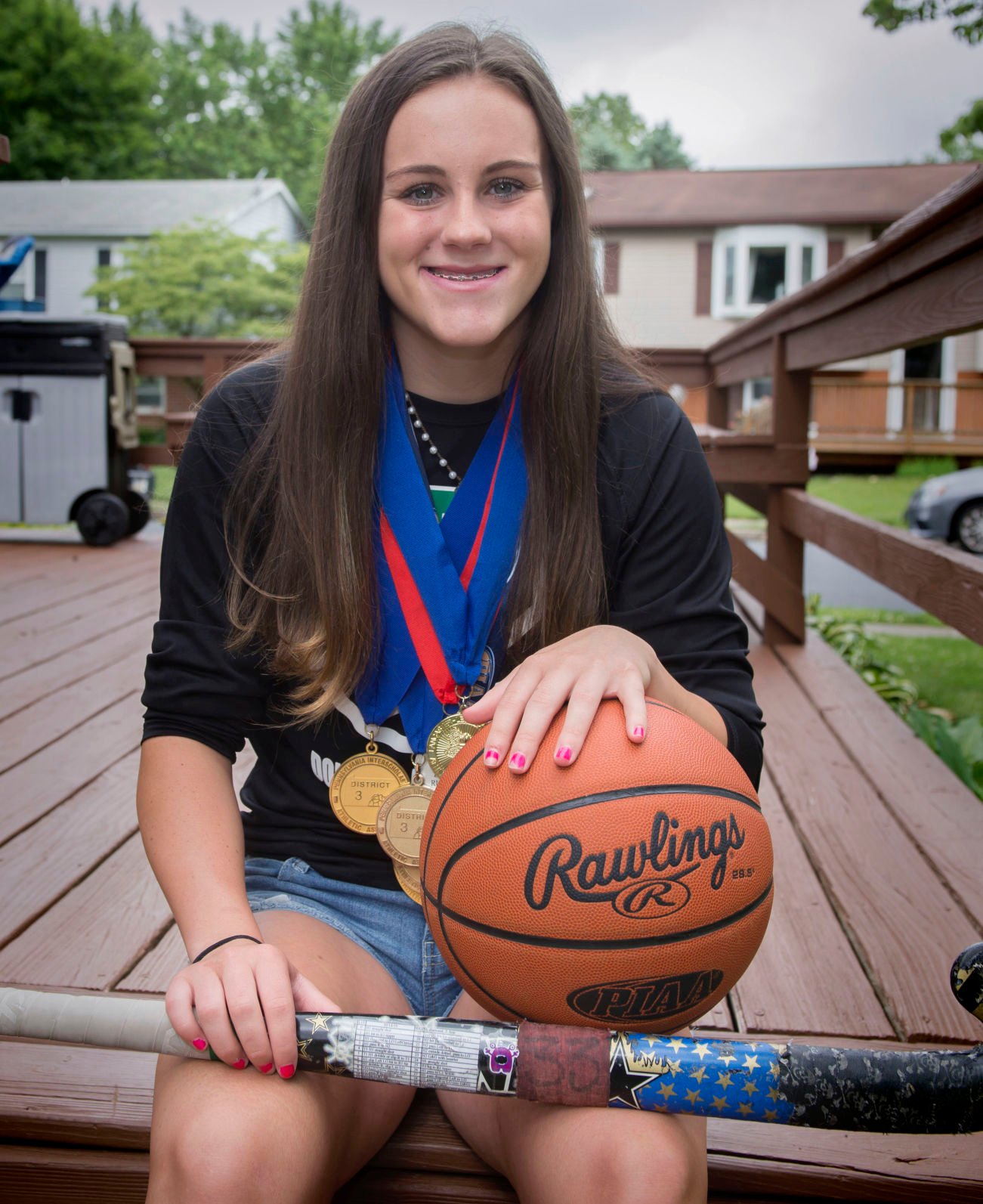 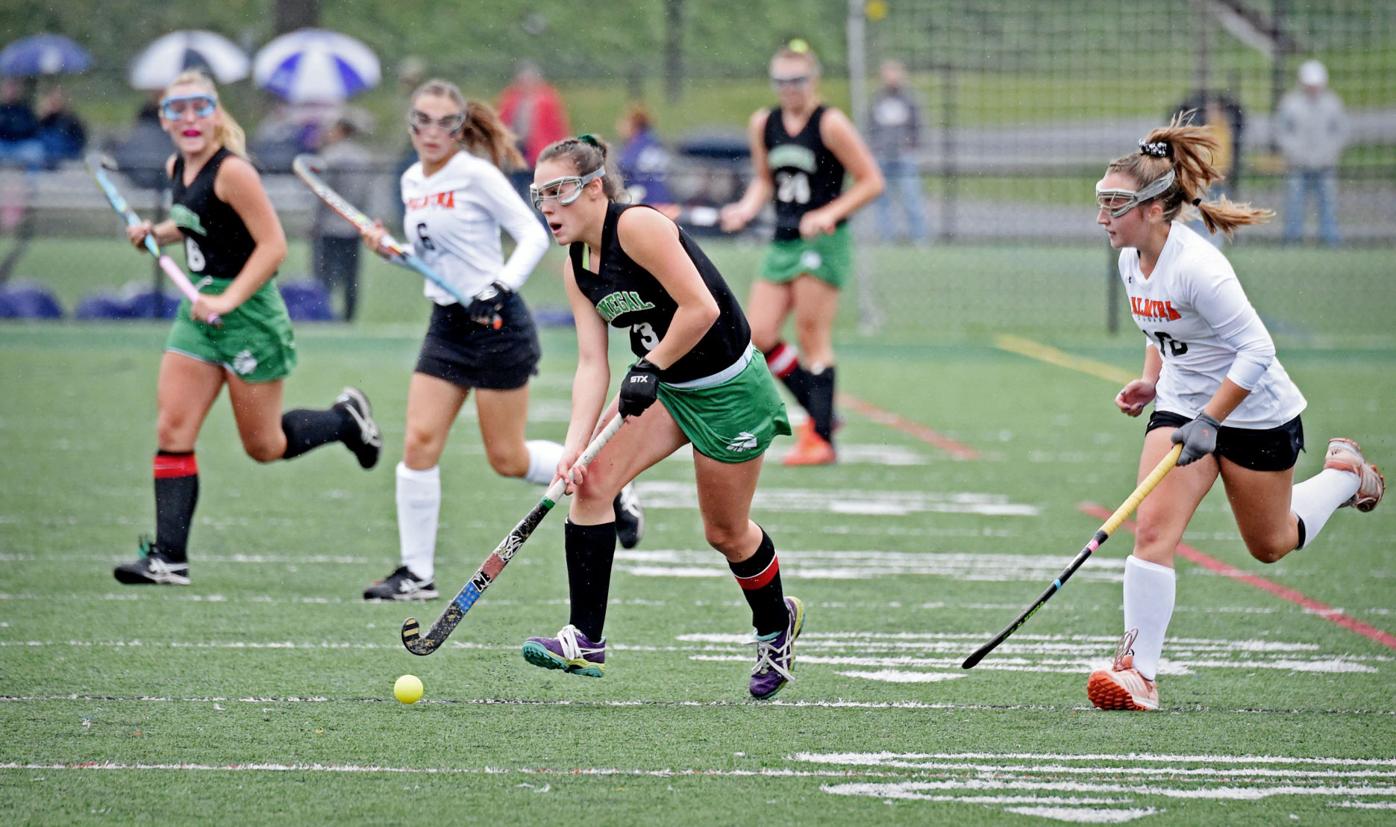 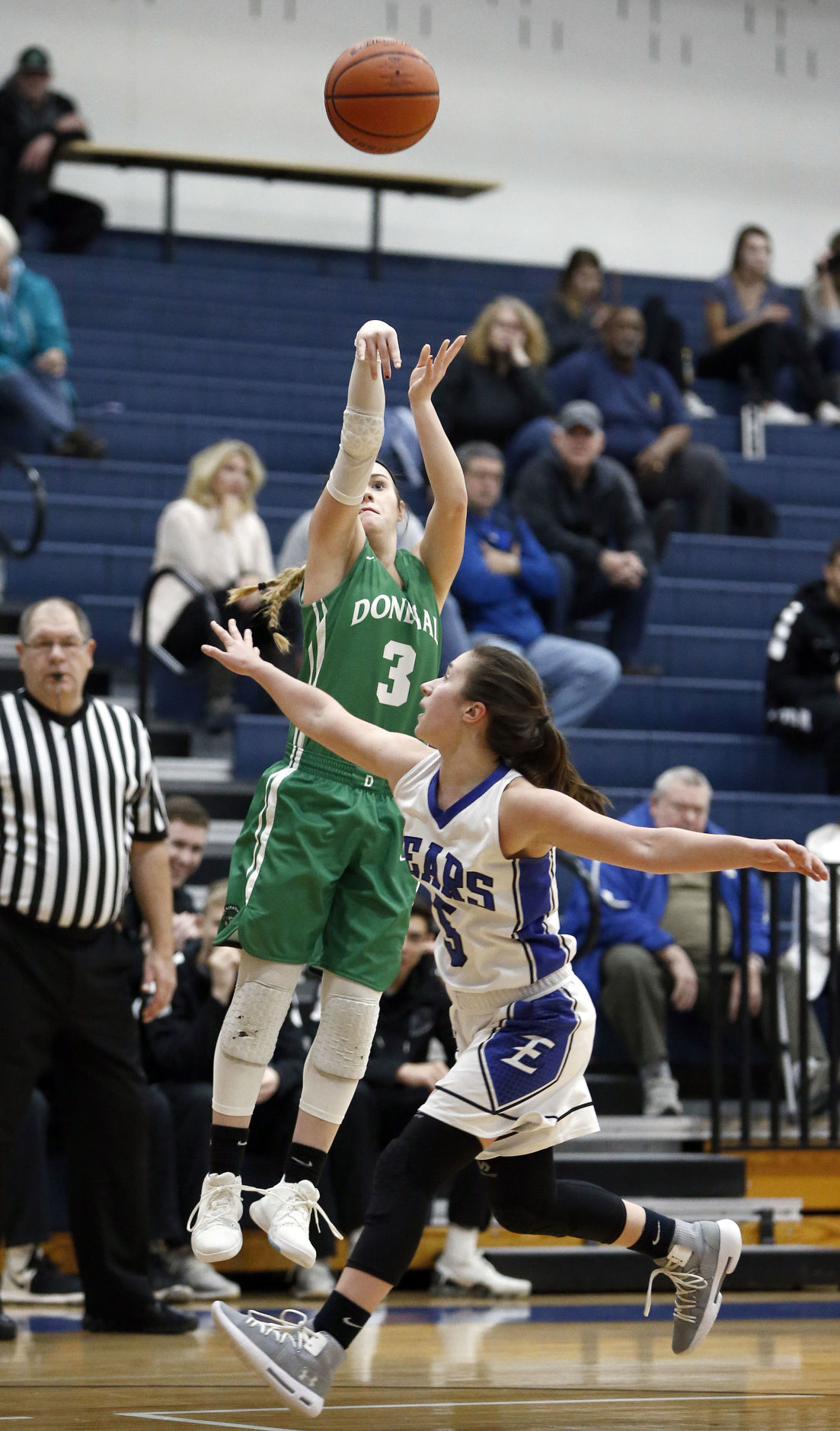 Donegal's Kiera Baughman (3) launches a 3-point shot against Elizabethtown during second-half action in the championship game of Elizabethtown's tip-off tournament in Daubert Gymnasium at Elizabethtown High School on Saturday, Dec. 8, 2018. 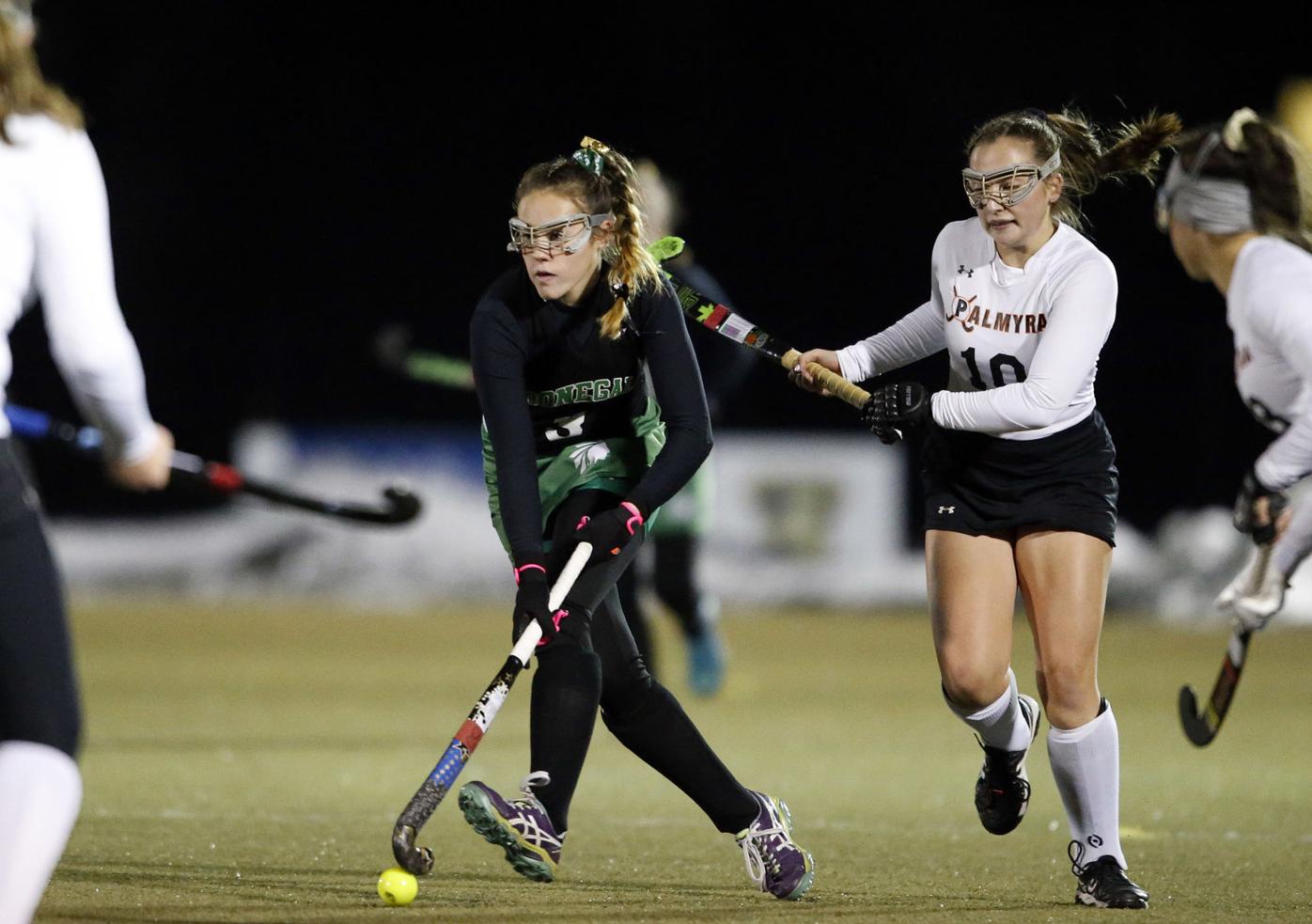 Donegal's Kiera Baughman (3) brings the ball downfield against Palmyra during first-half action of the PIAA Class 2A field hockey championship at Whitehall High School in Allentown on Saturday, Nov. 17, 2018. 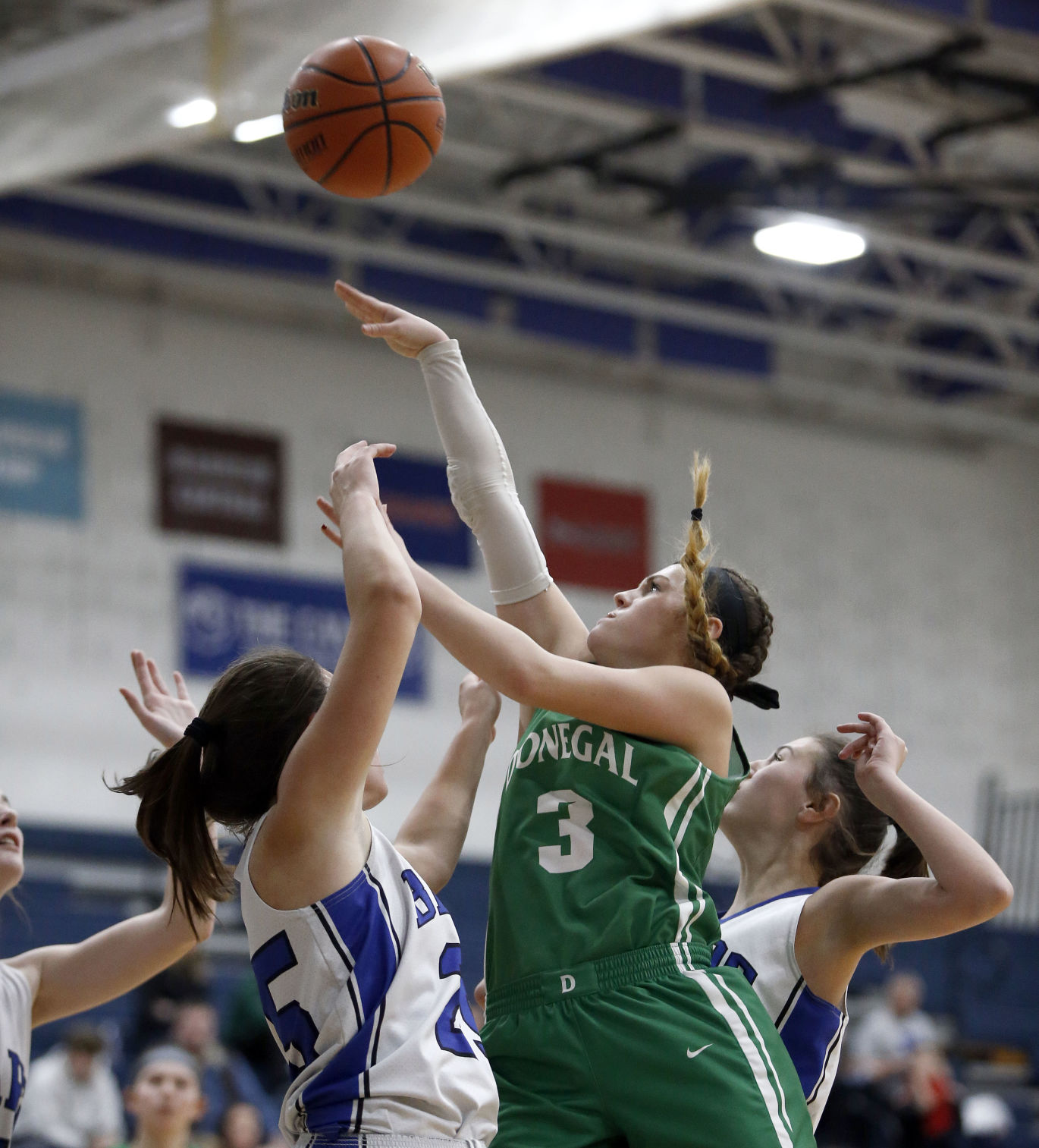 Donegal's Kiera Baughman (3) drives to the basket against Elizabethtown during second-half action in the championship game of Elizabethtown's tip-off tournament in Daubert Gymnasium at Elizabethtown High School on Saturday, Dec. 8, 2018. 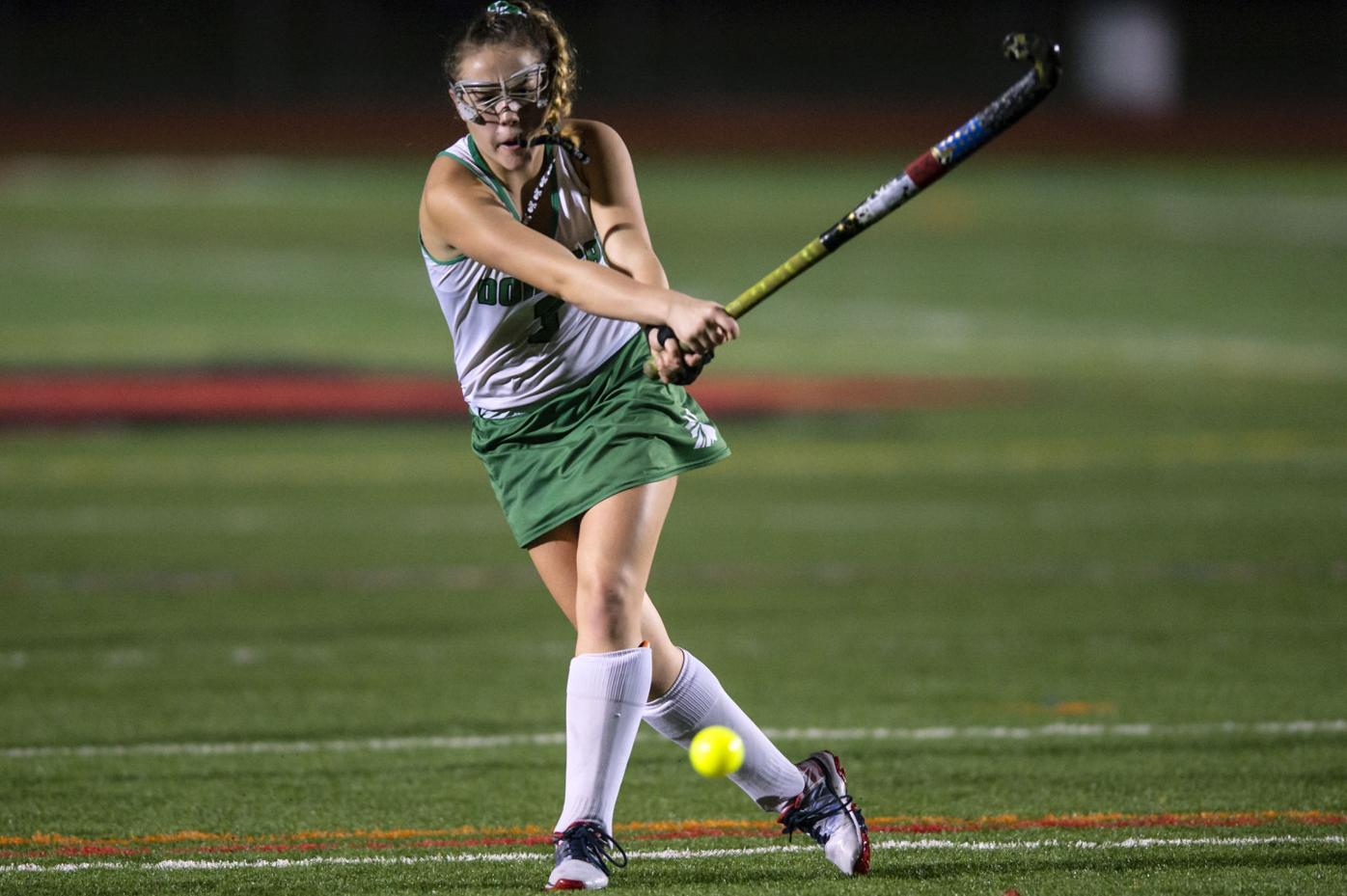 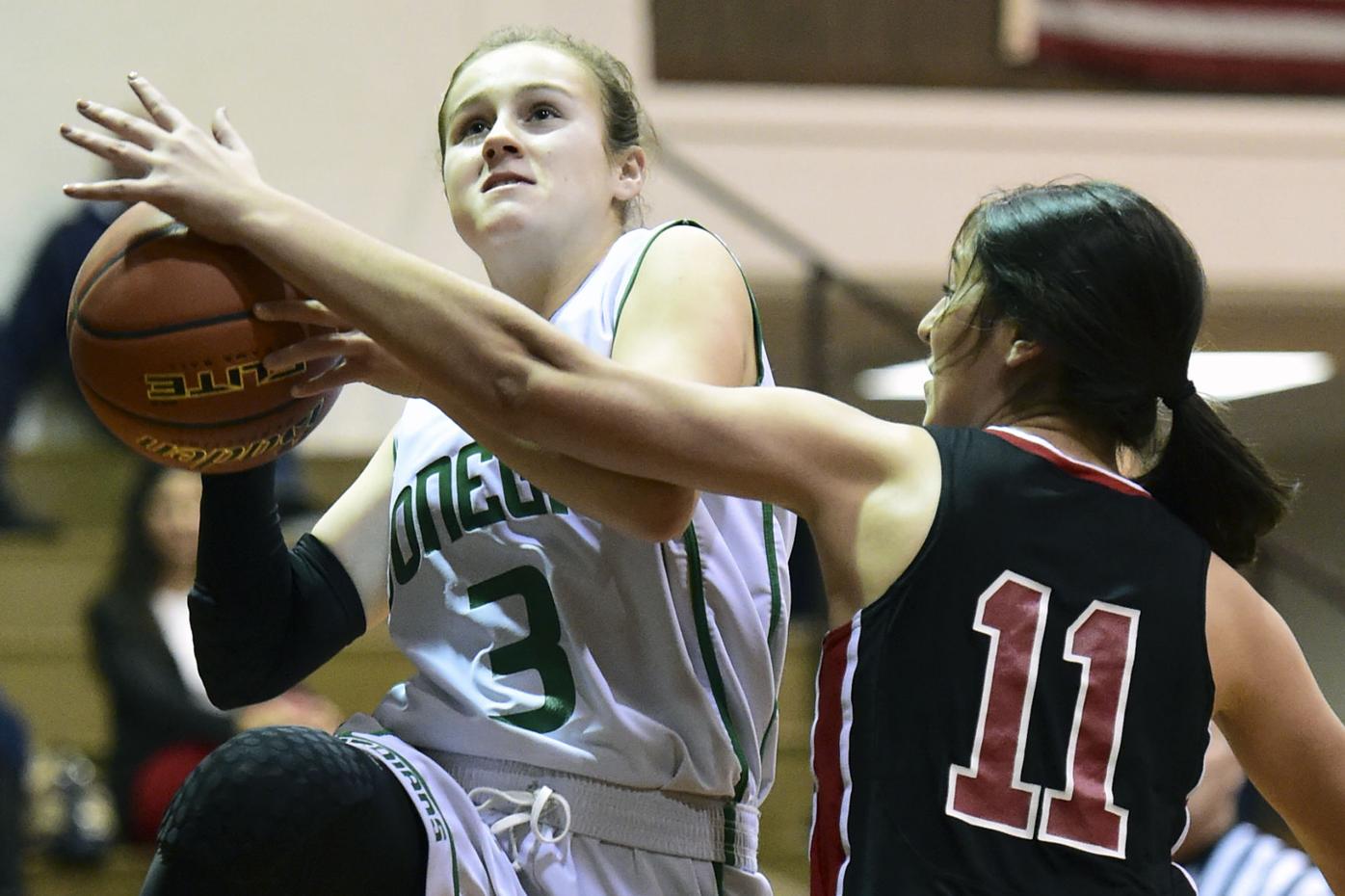 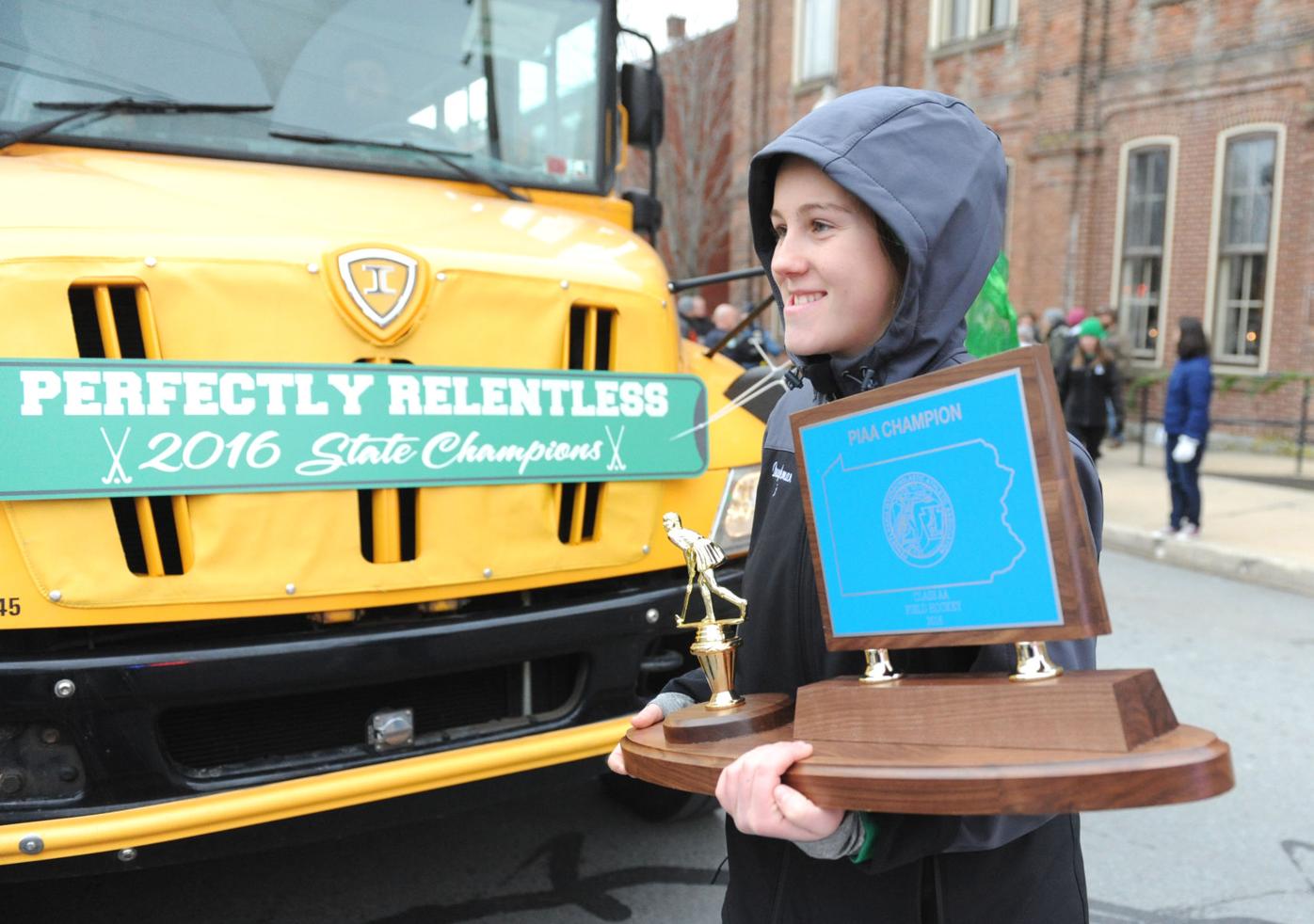 Kiera Baughman carries the trophy back to the bus during one of the stops in the parade to celebrate Donegal's field hockey state championship in Mount Joy, Sunday, December 11, 2016.

Donegal's Kiera Baughman (3) launches a 3-point shot against Elizabethtown during second-half action in the championship game of Elizabethtown's tip-off tournament in Daubert Gymnasium at Elizabethtown High School on Saturday, Dec. 8, 2018.

Donegal's Kiera Baughman (3) brings the ball downfield against Palmyra during first-half action of the PIAA Class 2A field hockey championship at Whitehall High School in Allentown on Saturday, Nov. 17, 2018.

Donegal's Kiera Baughman (3) drives to the basket against Elizabethtown during second-half action in the championship game of Elizabethtown's tip-off tournament in Daubert Gymnasium at Elizabethtown High School on Saturday, Dec. 8, 2018.

Kiera Baughman carries the trophy back to the bus during one of the stops in the parade to celebrate Donegal's field hockey state championship in Mount Joy, Sunday, December 11, 2016.

First kid to practice. Last kid to leave, flipping the lights off on her way out of the facility. Popping jumpers in an empty gym until her elbows hurt. Working on her dribbling skills until her fingers have calluses. Footwork. Fundamentals. Wash, rinse, repeat.

“I always wanted to be the first one there and the last one out,” the recent Donegal grad said. “My mom and dad always pushed me to do my best, because they saw the potential in me. So I worked at it to get my skills down. I knew I had to do all of those things to be able to compete as I grew up.”

Baughman grew into a talented multi-sport athlete for Donegal, dominating in basketball and field hockey for the Indians over the last four years. She departed Donegal’s program with a pair of state-championship field hockey gold medals, and several basketball records in tow, including the most points scored in program history.

After producing all-state seasons in field hockey last fall, and in basketball this past winter, Baughman, ticketed to Indiana University of Pennsylvania to continue her hoops career, is the 2019-20 LNP | LancasterOnline and Lancaster County Sports Hall of Fame Female Athlete of the Year.

“Freshman year I was a little string bean, so I knew I had to put in a lot of extra work,” Baughman said. “Every season in every sport here was memorable, and I’m proud of everything I’ve accomplished.”

She helped Donegal win PIAA Class 2A state field hockey championships in her freshman and junior seasons. The four-year starter was a jack-of-all-trades contributor, playing anywhere from forward to midfielder to defense for the Indians. In her senior season last fall, Baughman piled up a team-high 17 goals and dished off four assists, as the Indians went 15-8 and returned to the PIAA playoffs.

Her basketball season this past winter was nothing short of sensational. Baughman, an electric combo guard who can run an offense from the point and create her own shots and score at will, averaged a lights-out 23.7 points a game with 23 3-pointers.

Baughman had six 30-point games and she shot 80% from the foul line, and she took home a bushel of awards, including Section Four MVP honors, Section Four all-star, all-defensive and all-academic nods, and Baughman was voted Pennsylvania Sports Writers Class 5A second-team all-state.

She finished her hoops career with a staggering 1,777 points, most in program history, and top 20 in L-L League history. And her dad, Donegal girls basketball coach Tom Baughman, had a front-row seat for the ride.

“It’s always a great feeling to watch a player reach milestones and be successful and to be right there celebrating with them as their coach,” he said. “For me it added to it because I just happen to be Kiera’s dad, too. That made it even more special.”

Tom Baughman and his wife Kelli — a former basketball player during her prep days for Conestoga Valley — got Kiera hooked on hoops at an early age. Tom started the Little Dribblers program at the Lancaster YMCA, and Kiera was a regular in the gym by age 5.

“I could see that she had a different level of ability,” said Tom Baughman, who is the Basketball Academy Manager at Nook Sports. “You could tell back then that she was doing the right things with shooting and layups and changing directions. She knew in fourth grade that she wanted to play basketball in college.”

She will, on scholarship, for IUP. And that has everything to do with Baughman’s tenacity, grasp of the fundamentals and determination to succeed.

“She’s a gamer, and she was a great leader for our team,” Donegal field hockey coach Amanda Janney Misselhorn said. “She’s extremely competitive and driven to win, and she was a huge part of leading our team back to the state playoffs. She’d step up in big games and score important goals for us. She knew how to make things happen when it counted the most.”

“I would do whatever I needed to do to get the ball in the goal,” Baughman said of her field hockey skill set. “If I needed to dive, I’d dive. If I had to throw myself at somebody, I would.”

“She has such a huge heart,” Baughman said. “She pushed me and she taught me to never give up — in anything.”

“Kiera was a great team captain for us,” Janney Misselhorn said. “She was always focused, and she always brought her best to game day. She was fearless.”

Baughman was fearless in the classroom as well. Donegal’s student council vice president in her senior year, she compiled a 3.9 GPA and was a finalist for the L-L League’s prestigious A. Landis Brackbill Award.

“Being a finalist for that,” she said, “was such a great accomplishment.”

Baughman will major in health and physical education and minor in coaching at IUP, in hopes of one day becoming — like father like daughter — a head coach, where she would no doubt be the first person in and the last person out of the facility, flipping the lights off behind her.

That’s Kiera Baughman. And she wouldn’t want it any other way.

For Donegal's swimmers, a season cut short at most inopportune time

It turns out the Lancaster-Lebanon League produced a pair of PIAA Class 2A state-championship swimmers after all.

If George Eager needs any coaching advice, he certainly doesn’t have to look very far.

The calendar says late July, it’s blazing hot outside, and fall sports teams are getting ready for what they hope is a full season starting la…