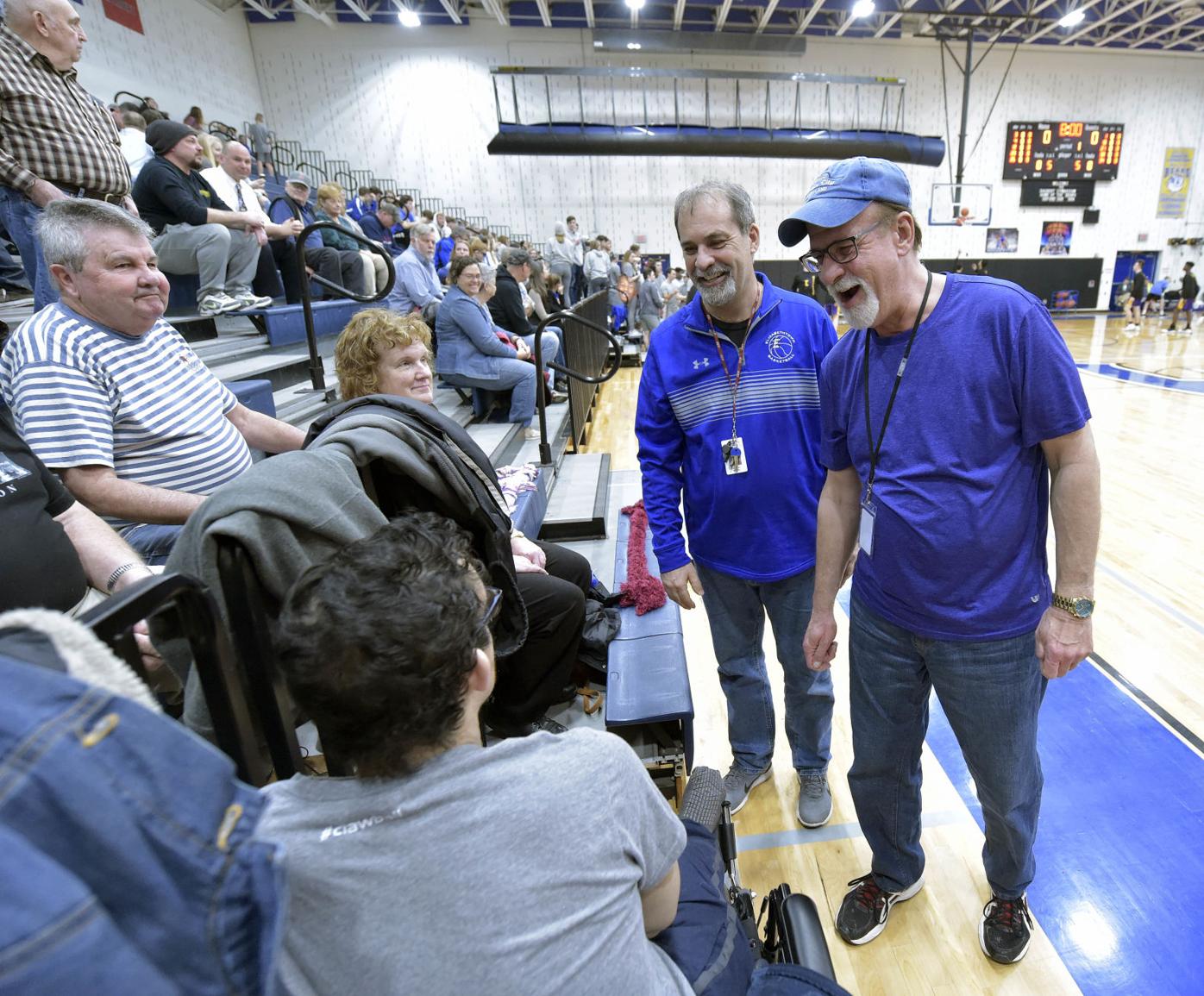 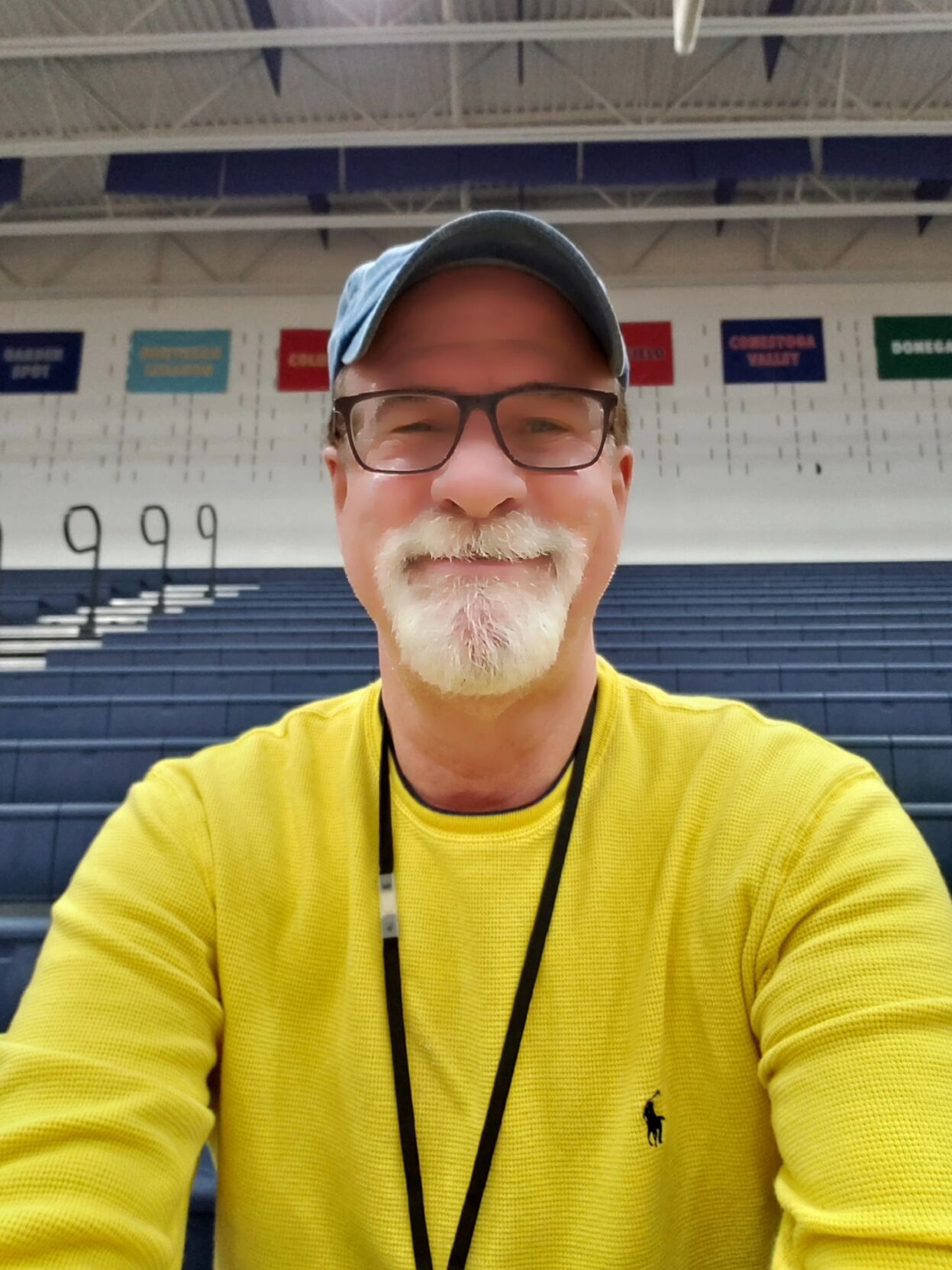 Mike Ebersole had an unforgettable cadence and a silky smooth delivery behind the microphone, where he served as the Bears’ public address announcer at the scorer’s table inside Daubert Gymnasium and in the press box at Thompson Field.

“In … the … bonus,” he’d say at basketball games, staggering the words, after a team picked up its seventh foul and sent the opposing team to the foul line. And when a player would step up to the line, he’d croon, “shooting twoooooo.”

That would be former Elizabethtown girls basketball standouts Marena Lonardi, Amber Orban and Rachel Sweger, who were all treated to Ebersole’s talents over the years. Thanks to his background in radio and broadcasting, Ebersole always had a way with words and how to deliver them.

Mike Ebersole passed away at his home on June 4. The man, and his voice, will be missed in Elizabethtown.

Ebersole was an Elizabethtown graduate, and he had a longtime career in radio as a DJ and anchorman at WQIC and WLBR in Lebanon. He also served as public address announcer at Lebanon Valley College games over the years. More recently, he’s made Elizabethtown basketball and football games fun.

This man was the announcer at all HS b-ball games for my brother @_dsweger and I. He was even able to announce at some of my collegiate games. I will never forget how much joy he had in announcing our last name... “SWEEEEEEGER!” Rest In Peace, Mike. You will be dearly missed. https://t.co/F3d380mSWh pic.twitter.com/x2cy5xYrnx

When sharpshooter Brody Beach would make a 3-point basket for the Bears, Ebersole would announce, “a loooooong day at the beach.” And at football games, after a successful extra point kick or field goal, Ebersole would simply chirp, “good!” in his dulcet tones.

“He made it memorable for the kids,” said former Elizabethtown boys basketball coach Rocky Parise, who stepped down after this past season. “He made the atmosphere and the environment better for them. He was genuine. He was never fake.”

“The thing I’ll remember most about Mike is how much he cared about the kids,” Parise continued. “He made you feel like you were important.”

Mike's impact on myself and @EtownBearsHoops is beyond words. His creative, enthusiastic announcing, nicknames for the players, "IN THA BONUS", made our environment a special one in Daubert Gym. I'll miss you my friend. Thanks for believing in me, our players and our program. 😢 https://t.co/aBAYlRCoBj

Ebersole had so many memorable lines — and not just for the Elizabethtown crowd. He was an equal opportunity announcer.

“We had a home playoff basketball game this past season, and I was talking with (Lampeter-Strasburg senior) Seth Beers after the game, and he had just hit a bunch of 3-pointers against us,” Templin said. “He told me that it’s always fun coming over here because he enjoyed Mike saying ‘Beeeeeers’. He appreciated that.”

Templin enjoys telling the story about one of his first encounters with Ebersole.

“When I was the baseball coach, we were having a game at E-town College and we needed someone to announce,” Templin said. “Mike volunteered to do it. I told him that I would look for him to get paid, and he was like no, no, no, no. He said he wasn’t doing it to get paid. He just wanted to do it. It was important for him to do it for the kids and to stay connected. That was Mike. And those are the kinds of things I’ll miss about him.”

Elizabethtown’s fans — and especially Bears’ players and coaches — will certainly miss Ebersole’s calls from behind the microphone moving forward.

“We’ll miss his energy and his positive attitude,” Myers said. “Mike always had a smile on his face and he always had something nice to say. He gave us all so much energy, and the kids loved it. This is a big loss to our E-town community.”

Editor's note: This story will be updated throughout the day. Be sure to check back for the latest COVID-19 news.

No Big 33 football game, but L-L League participants to be honored via virtual watch party

Editor's note: This article was originally published on June 11, 2020.

Alex Stam honed her basketball skills and knowledge by playing for — and coaching under — a pair of legendary hoops skippers.

A few weeks ago, I wrote a story looking back on Penn Manor High School’s old West Gymnasium, which is due for demolition this summer.

After 23 consecutive seasons in coaching, the last 13 of those as the Conestoga Valley boys basketball head coach, Brad Herr is stepping away …

Elizabethtown High School has found its new boys basketball coach. At its Tuesday meeting, the school board approved Lee Eckert as the Bears’ …

After league runner-up finish last fall, Elizabethtown is motivated for more this time around

The front row on a volleyball court is where a bulk of the action takes place.

There should be plenty of intrigue — as usual — in the L-L League girls basketball Section 2 race this season.

Just one boys basketball game involving Lancaster-Lebanon League teams is in the books for the 2020-21 campaign. That's because Northern Leban…

Thursday's boys basketball matchup between Conestoga Valley, Elizabethtown has been years in the making for coaching staffs