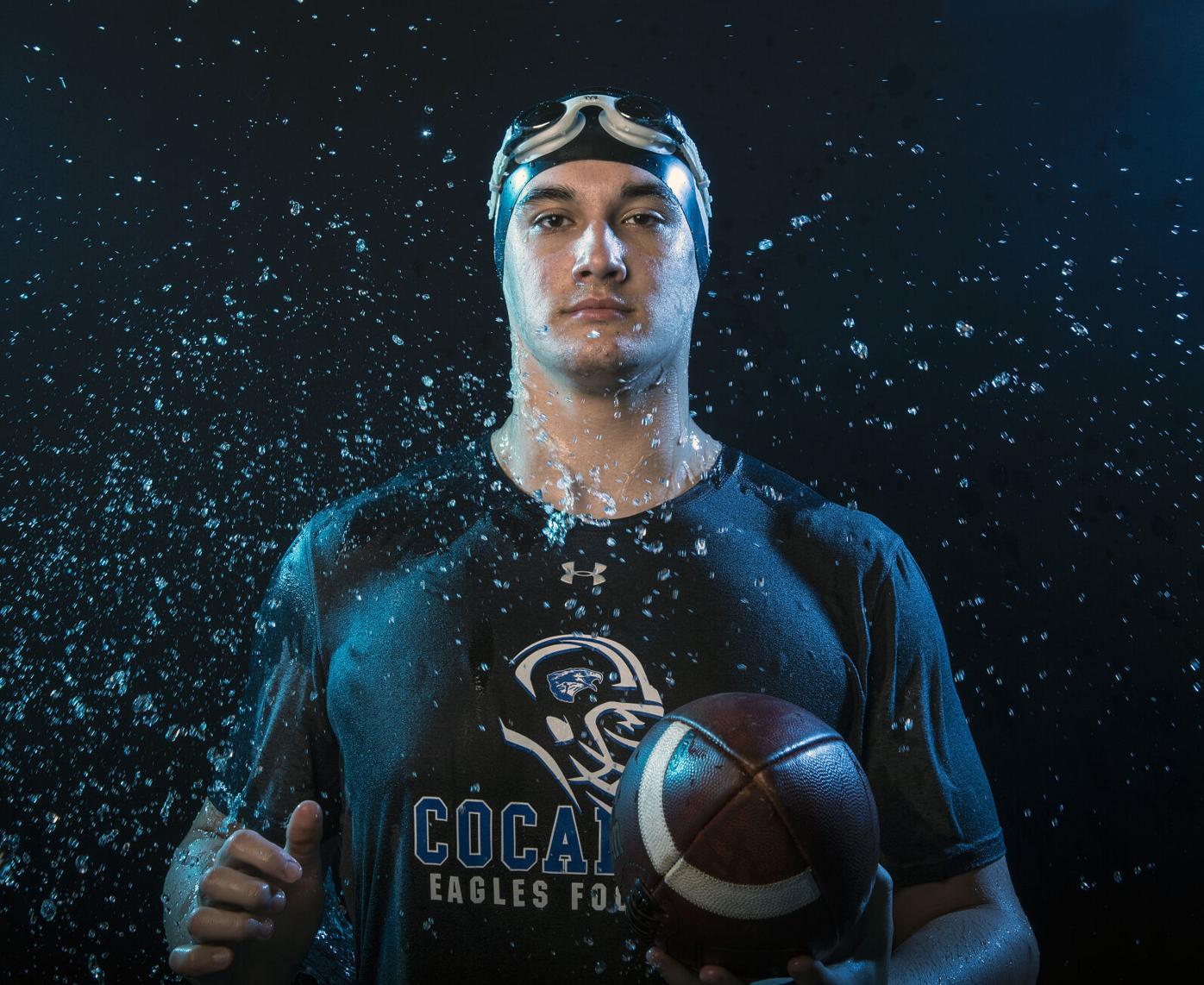 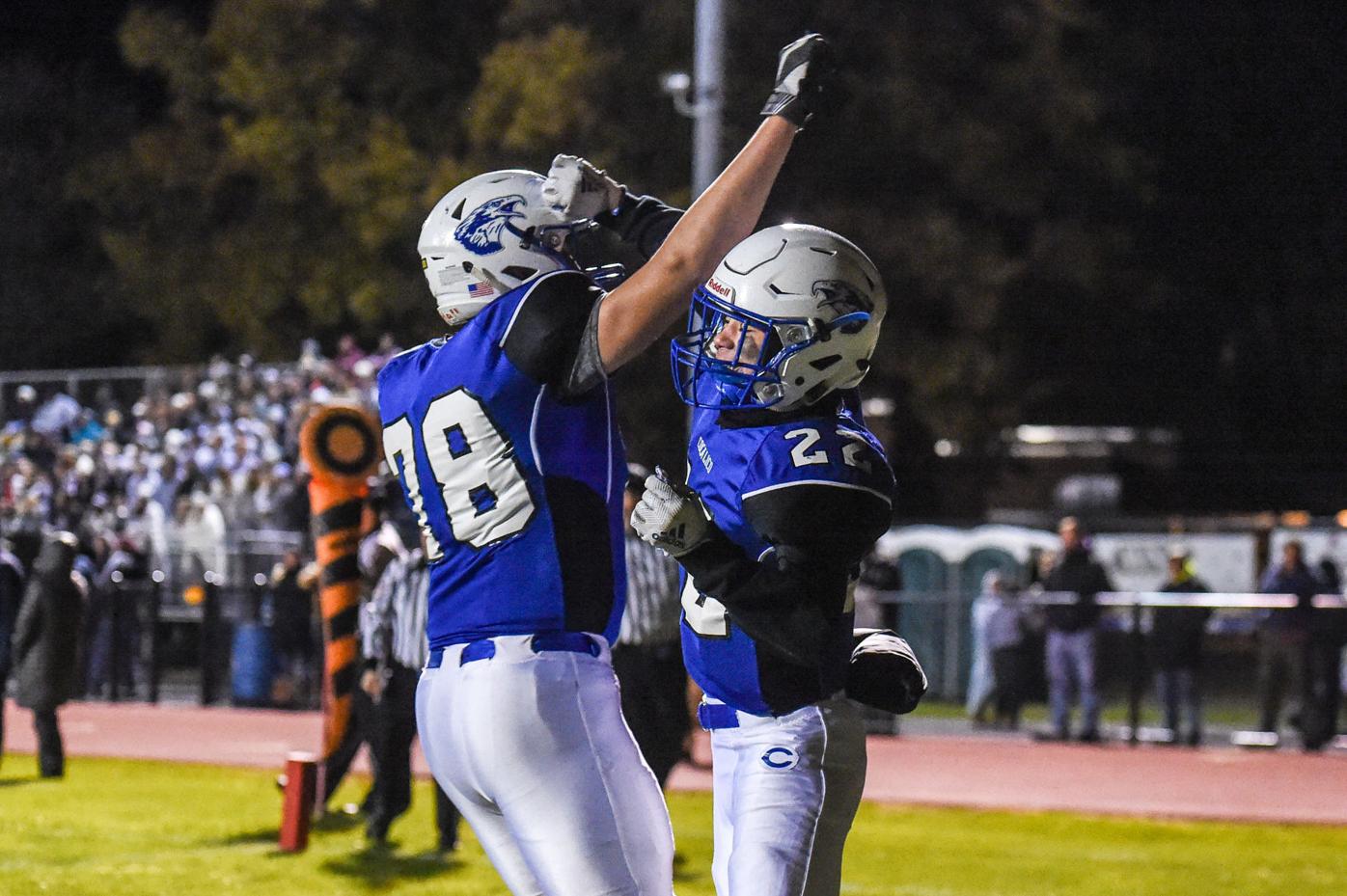 Steven Flinton (22) and Ryan Brubaker (78) of Cocalico celebrate after Flinton's TD run gave the Eagles a 6-0 lead over Governor Mifflin during District 3 Class 5A quarterfinal playoff action at Cocalico High School in Denver on Friday, November 8, 2019.

Steven Flinton (22) and Ryan Brubaker (78) of Cocalico celebrate after Flinton's TD run gave the Eagles a 6-0 lead over Governor Mifflin during District 3 Class 5A quarterfinal playoff action at Cocalico High School in Denver on Friday, November 8, 2019.

It’s a long and winding road from the Lancaster-Lebanon League to the powerhouse Southeastern Football Conference.

But it’s a road Cocalico rising senior offensive lineman Ryan Brubaker will be traveling in his immediate future.

Brubaker on Tuesday announced that he’s accepting a scholarship offer from the University of South Carolina, where he’ll continue his scholastic and football careers for the Gamecocks in the SEC in Columbia, South Carolina.

“I love the vision for the program going forward,” Brubaker said. “Everything there jived with me.”

Brubaker was initially going to reveal his college choice on July 4, but when he woke up Tuesday morning, his mind was made up and he made his pick public. He informed head coach Shane Beamer, offensive line coach Greg Adkins and associate head coach Pete Lembo that he was indeed heading to South Carolina.

Brubaker’s final five were South Carolina, Penn State, Stanford, Tennessee and Vanderbilt. He made official on-campus visits to all five of those colleges over the last couple of months.

His son, a menacing 6-6, 290-pound interior lineman for Cocalico, visited South Carolina in the second week of June and he immediately fell in love with the campus, the facilities and the staff.

He’s leaning toward a political science major when he arrives on campus next year, and Beamer and his lieutenants recruited Brubaker as an offensive tackle.

“My parents have always told me that there’s a greater plan, and that I’d end up where I’m supposed to end up,” Brubaker said. “With South Carolina, there was something deeper inside there — a gut feeling.”

In the end, he picked South Carolina.

“I was thoroughly impressed with the visit, and it was just right,” Brubaker said. “It just felt right. Once all of my visits were done, I felt confident enough and my parents were confident enough that this was the right place for me. Things came together and this was it. I found it.”

After his senior year in Denver, he’ll head south to the SEC.

“The competitiveness and the rivalries … it’s definitely going to be interesting,” Brubaker said. “It really hasn’t sunken in yet, but it’s certainly a relief that I’ve announced it and gotten it out there. I can go all-in for one college now.”

Brubaker was an L-L League Section 2 all-star and a Pennsylvania Football News Class 5A all-state selection for Cocalico last fall. With a D1 scholarship to the SEC in his back pocket, Brubaker should have a lot of expectations and plenty of eyeballs on him this coming season.

Quite the combo: Cocalico's Ryan Brubaker dominates in the trenches, and he's a pool shark