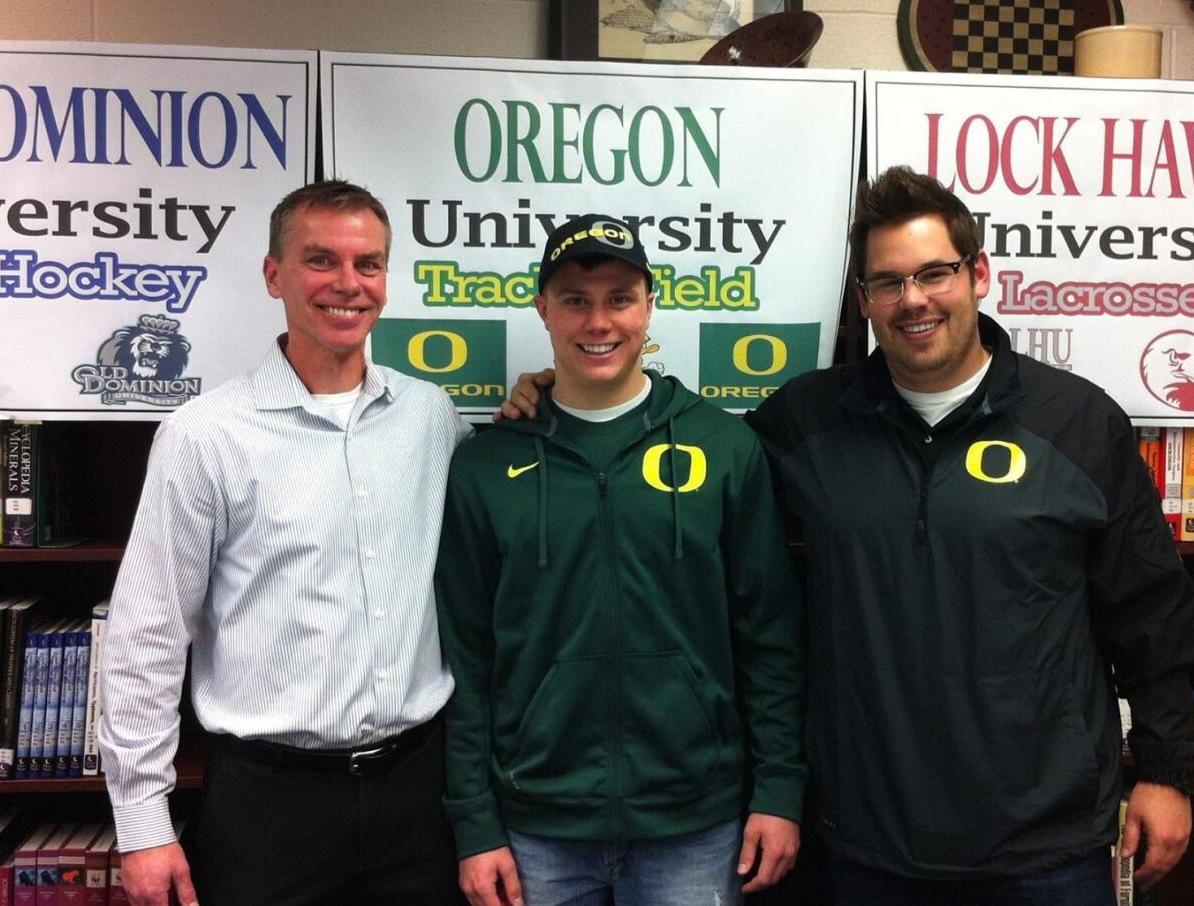 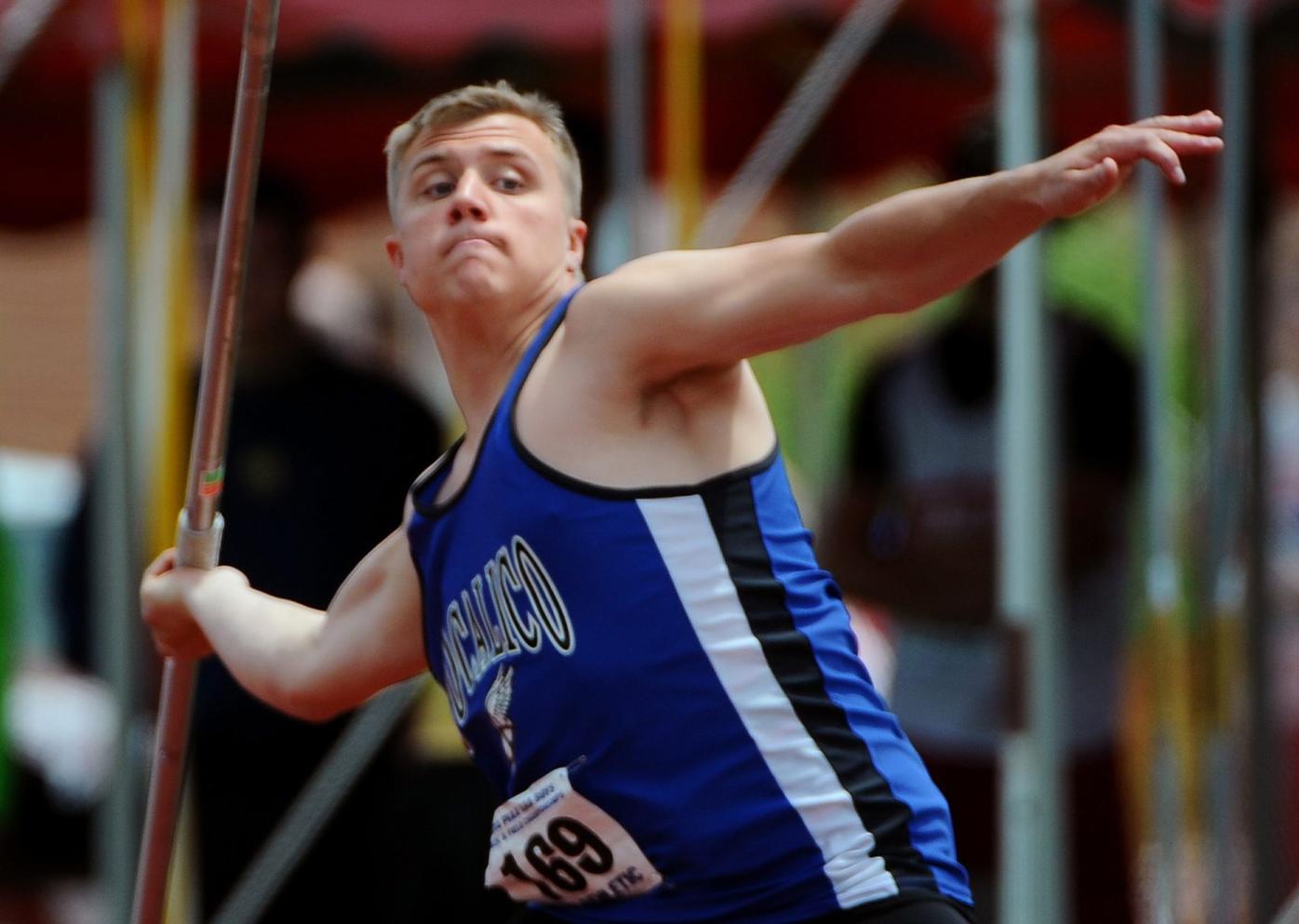 Under the tutelage of Scott Krall, Cocalico's Jhet Janis turned in a gold-medal performance in the Class 3A javelin at the 2014 PIAA Track and Field Championships (pictured). Janis was one of many top-level athletes coached by Krall, who died Sept. 21, 2021, at the age of 61.

Under the tutelage of Scott Krall, Cocalico's Jhet Janis turned in a gold-medal performance in the Class 3A javelin at the 2014 PIAA Track and Field Championships (pictured). Janis was one of many top-level athletes coached by Krall, who died Sept. 21, 2021, at the age of 61.

“On paper he was an assistant coach,’’ Ron Derr, the head track coach at Cocalico, said Wednesday.

“In reality, in the way he dealt with our kids, he was so much more than that.’’

“He was the best throwing coaching in the country, and just an amazing, amazing person.’’

Krall, who lived in the Adamstown area, is survived by his wife, Bridget, and son, Jordan.

“He has done so much for not just our school, but our league, District Three … he worked with kids from all over,’’ Dave Gingrich, the former Cocalico football coach whose son, Brock, was a thrower under Krall.

Rickert reached the final round of the U.S. Olympic trials in the javelin in 2016. She worked with Krall the summer before entering college, and said then in an interview with LNP, “I threw 20 feet farther than I ever had, just off of things that he taught me. I cannot give him enough praise. He's a great guy, and a phenomenal throws coach."

Brock Gingrich is now playing football at the University of Delaware. Dave Gingrich recalled that during a recruiting visit with a coach from James Madison, the coach asked Brock who, other than his parents, was the biggest influence in his life.

“I didn’t realize that,’’ Dave Gingrich said. “It was very, very touching.’’

“Before every practice, he’d have a story to tell us. It wasn’t even about athletics, it was a life lesson,” Brock Gingrich said of Krall on Wednesday.

Krall played football and was a thrower at Elco, graduating in 1978. He did not attend college, and started becoming involved in high school track as a volunteer official at meets, and then as an assistant coach at Elco.

He joined the staff at Cocalico in 2002, and over time became a respected expert on not just motivation and training but the arcane details of throwing mechanics.

He became a regular, featured instructor and camps and clinics, and maintained a website with articles like, “Generation & Transfer of Angular Momentum in the Javelin Throw.’’

“I always enjoyed having a chance to watch him work at meets,’’ Derr said. “He didn’t even need to look at the video, to diagnose what had gone wrong with a throw. It was almost like he had a photographic memory.’’

“I have to give him a ton of credit,’’ Janis said minutes after locking up the gold medal in 2012. “It’s a lot of technique. We worked hard at it, even during football season.’’

Also that day, Krall said of Janis, “There was a lot of pressure. It’s self-imposed, but that’s what you want. It’s a competition against yourself.

“I’m just relieved; I know how much he wanted this.’’

Dave Gingrich said that several of his players had texted him Wednesday, having heard the news.

“They said they loved him,’’ Gingrich said. “I told them that I know he knew that.’’