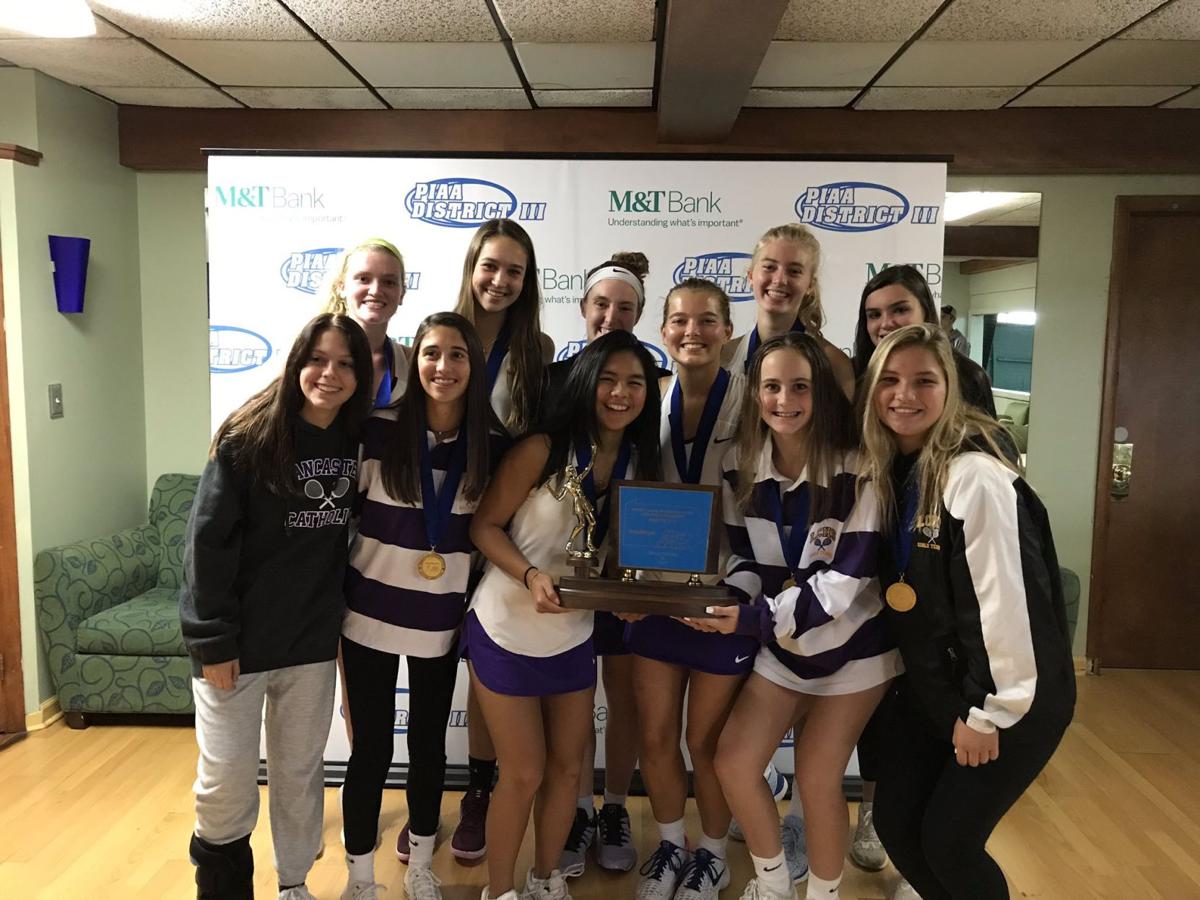 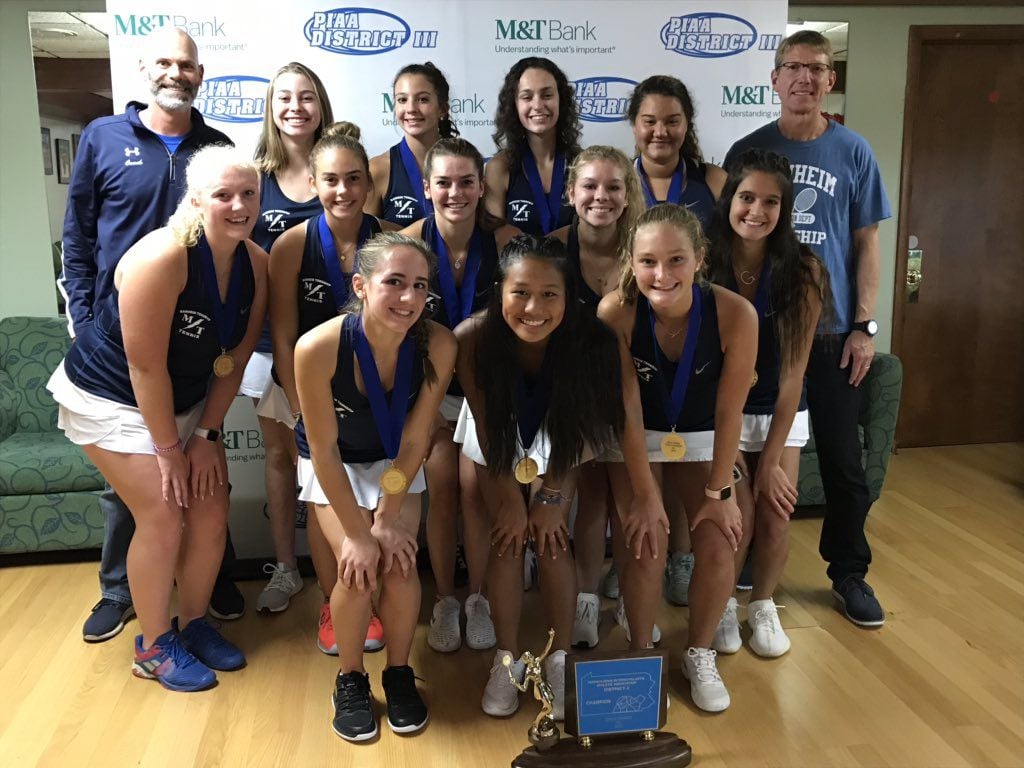 Manheim Township, posing with their latest District Three trophy, pulled out a 3-2 win over Conrad Weiser in the Class 3A girls team tennis championships on Thursday, Oct. 17, 2019.

Manheim Township, posing with their latest District Three trophy, pulled out a 3-2 win over Conrad Weiser in the Class 3A girls team tennis championships on Thursday, Oct. 17, 2019.

HERSHEY — Long after everyone else on the Manheim Township girls tennis team had finished, Julia Briner and Cami Henneman played on and on and on.

It ended up being worth the wait as the Blue Streaks’ No. 1 doubles team outlasted Conrad Weiser’s Janay Lewis and Michelle Timothy 7-6 (7-3), 3-6, 6-3 in the District Three girls tennis Class 3A team tournament Thursday at Hershey Racquet Club.

“Everyone got their money’s worth,” said Manheim Township coach John Briner, who, along with assistant Dave Henneman, had the tense pleasure of watching their daughters clinch the champion. “My palms are sweating twice as much as anybody else’s.”

While Manheim Township had a thrilling, intense match, Lancaster Catholic had an easier time in disposing of Hamburg 3-0 in the Class 2A championship match.

“We knew coming in it was again going to be another tough match,” said Crusaders coach Victor Fissella, whose team captured its second district title. “We were preparing for Wyomissing. When we found out they lost, we kind of felt a little more at ease. But we’re never going to take our opponents for granted.”

Hamburg had knocked off top-seeded Wyomissing in the semifinals. The Spartans had won the last three 2A titles and 15 of the 21 since the second classification was created.

Those players got to see all or most of the last two sets for Briner and Henneman. After the tough first-set win, the Streaks pair struggled a bit in the second.

“I told them to keep the ball away from the girl at the net,” said John Briner. “I don’t care if you lob it, hit it past her or whatever. And also eliminating the unforced errors. ... They certainly did a better job doing that.”

While many of the fans watching were likely on edge, none of the four girls on the court seemed terribly fazed by the moment.

The first game of the third set went to deuce six times — after the Streaks went up 40-0.

The Streaks got a key win with Henneman holding serve to go up 4-2, and a sizzling winner by Julia Briner ended the match.

Both teams move on to next week’s PIAA team tournament, with Township to play the fourth-place finisher from District One.

The most excitement for the Crusaders were the matches that weren’t completed. Both were in the second set with the loser of the first set leading the second.

“I was a little nervous about doubles,” said Fissella. “But our No. 1 doubles court, Katie Hollister and Meg Grassberger, played phenomenal. That was the best match they have played all year.”

Lancaster Catholic will also be playing Tuesday in the PIAA 2A tournament, taking on the District Four runner-up.

Also competing Thursday was Conestoga Valley, which lost 3-1 to Hershey in the third-place match, denying the Buckskins a trip to states. Sophia Steed got their only win, 6-1, 6-2 at No. 3 singles.

In seismic shift, Warner Bros. to stream all 2021 films

Reflecting on 2020: What good things happened to you and your family this year? Let us know.