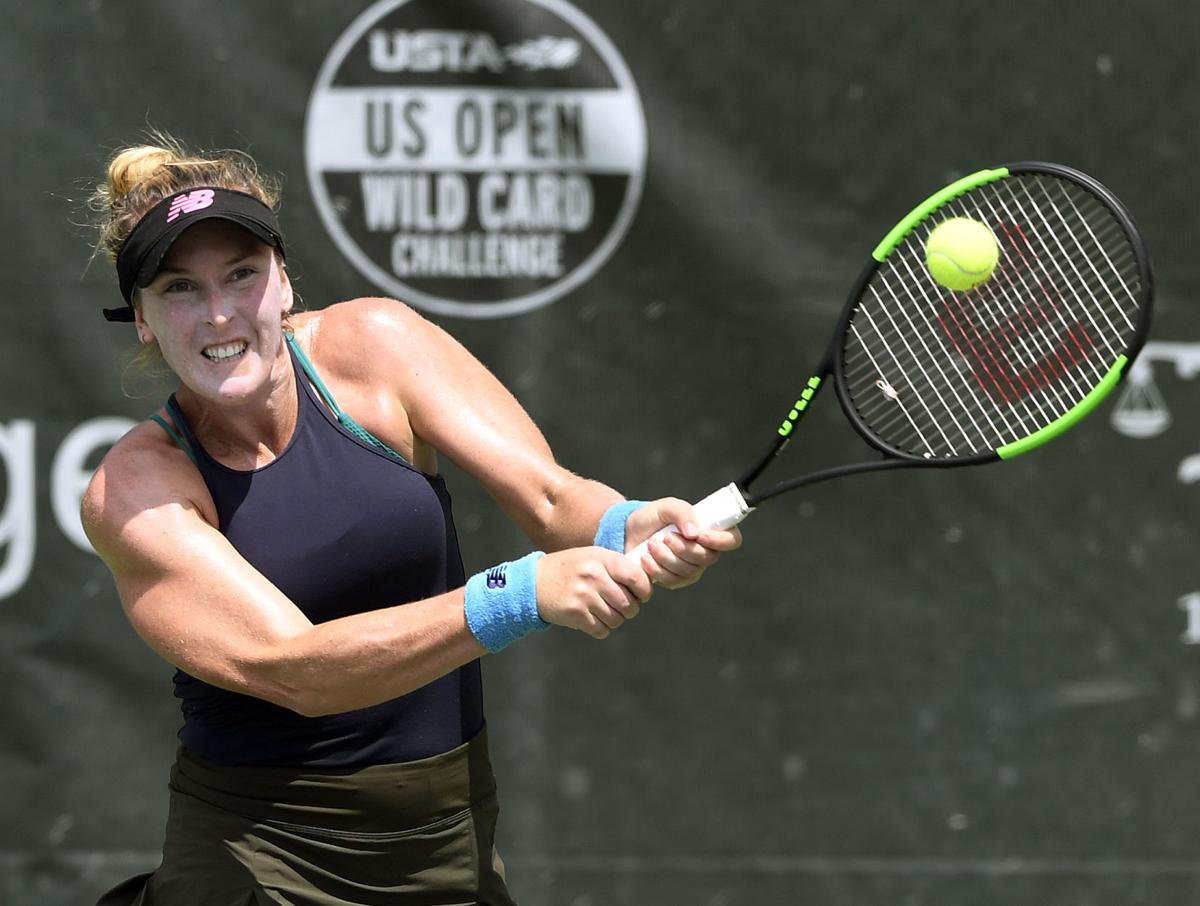 USA's Madison Brengle, returns a shot to USA's Victoria Duval, during their semifinal match in the Koser Jewelers Tennis Challenge at the Hempfield Rec Saturday August 10, 2019. 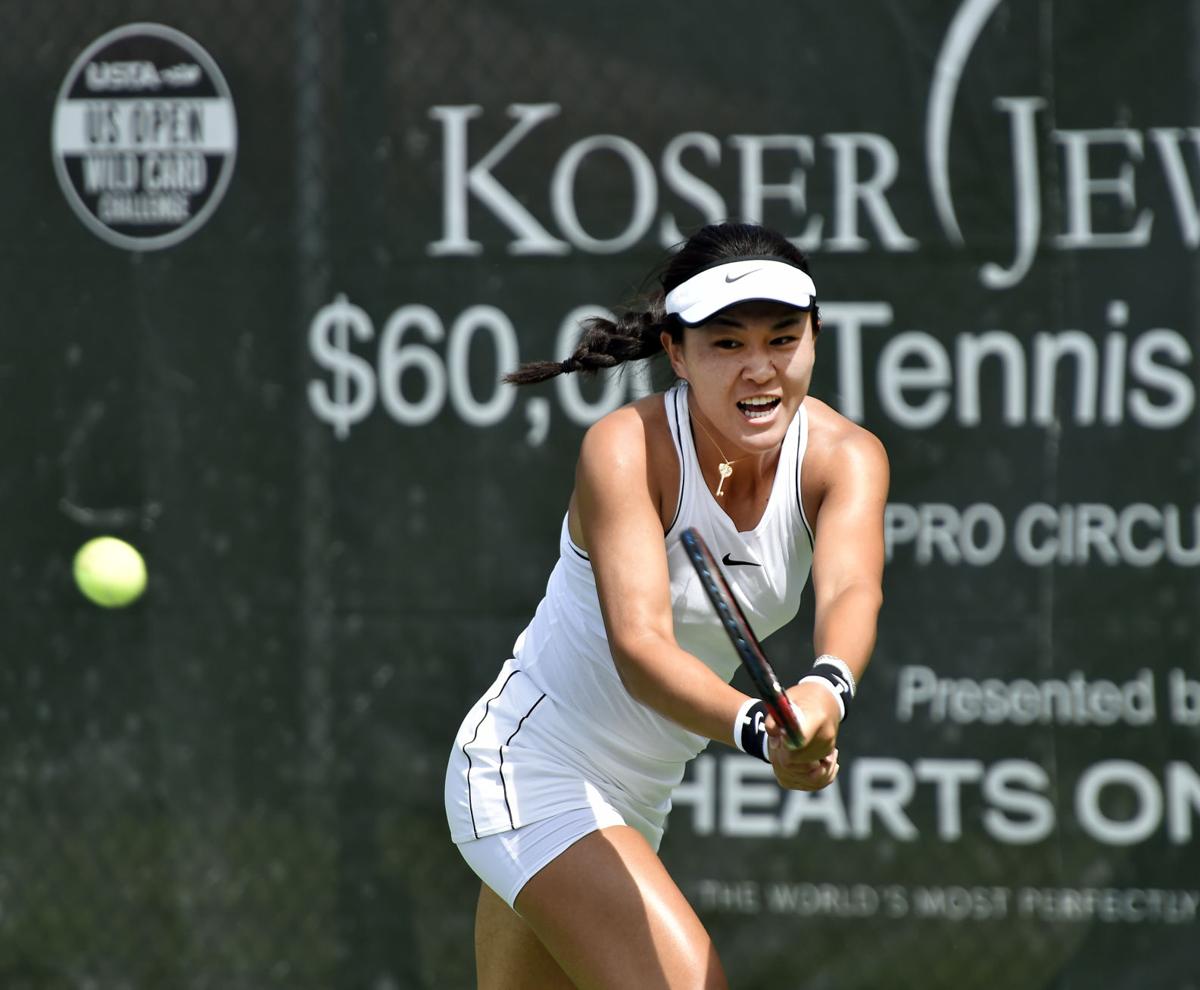 China's Lin Zhu, returns a shot to USA's Sophia Whittle, during their semifinal match in the Koser Jewelers Tennis Challenge at the Hempfield Rec Saturday August 10, 2019.

The grimace on Victoria Duval’s face told the story, as did the limp in her gait.

Having played seven matches in the five days leading up to Saturday’s semifinal against top seed Madison Brengle, Duval’s magic ran out, as she suffered an apparent injury to her left leg, and a 6-4, 6-3 defeat in the singles semifinals at the Koser Challenge Saturday.

The injury came during what had been a tightly contested second set. Duval took a medical timeout, coming back afterward and valiantly finishing the match.

With Duval’s mobility and leverage sapped, Brengle wrapped the match up rather easily to advance to the final, where she’ll have the chance to become the first player to win back-to-back Koser Challenges, and the first to claim a third singles title.

“I thought the tennis in the first set was really high quality, but then in the second set, I could tell she was hurting a little bit,” Brengle said. “It’s so hard to play your friend when you can see that they’re injured, it was tough.”

The win came with a strange feeling for Brengle. She and Duval are friends and practice together regularly.

That type of familiarity forces a player to be more aggressive and decisive with their shots, Brengle said.

But it became apparent to Brengle that Duval was injured as the match went on, giving Brengle another mental variable to work through.

“It’s better if you don’t notice it, because it gets in your head,” Brengle said.

Saturday marked the end of a pair of unlikely runs in the singles bracket.

American Sophie Whittle, who had entered as a wild card, proved no match for No. 2 seed Lin Zhu, of China, who won 6-0, 6-1 to advance to the final.

“This week I’m feeling really confident,” Zhu said. “If believe in myself i can play very good tennis, so that’s why it’s important to get a very quick start.”

It was evident from the match’s onset that it would be difficult for Whittle to account for Zhu’s power.

Zhu forced the tour rookie into several errors, and Whittle compounded it by making several unforced mistakes on her own.

And Zhu didn’t provide Whittle any room to find a rhythm. It seemed like she had the ball on a string, zipping it around the court wherever she wanted it to go.

Every point Whittle scored came because she earned it. On a day when she clearly didn’t have her stroke, it wasn’t enough to overcome the 125th-ranked player in the world.

Zhu and Brengle will meet for the singles title on Sunday, following the conclusion of the doubles final.

Zhu bested Brengle when they last met at a tournament in Qatar in February.

“I saw a bit of her singles match today, she played amazing,” Brengle said. “I’ll do my best.